Those who have read my posts before know I collect unopened packs of cards. So one of the things I used to buy when Target was in Canada was their boxes of assorted packs. Back then I wasn't fully into collecting the unopened packs (wish I was...) but I loved the variety in packs from these boxes. Target always brought in the Fairfield boxes which are still easily found across the US I believe - not so much in Canada though.

So when I was at Walmart (conveniently located a 10 minute walk or 2 minute drive away) the other day and say a box of packs that was different than the ones they had there before - I had to pick one up. For just under 25 bucks, you get the following: 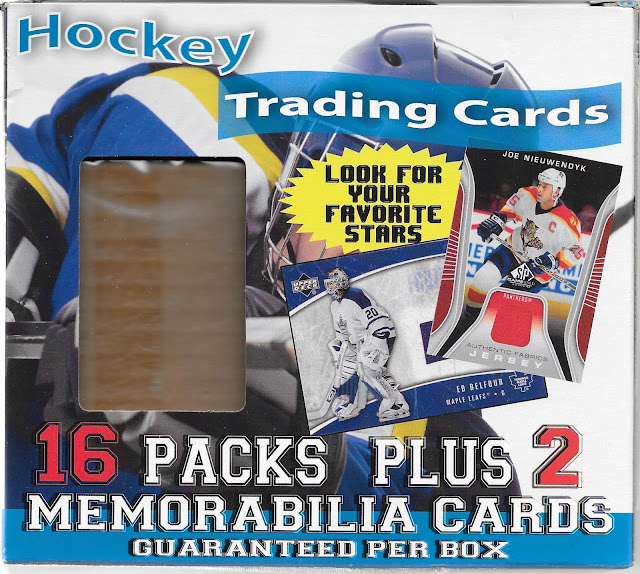 As you can see, I already removed the packs which I will share with you shortly. For the price, this is what the old Target Fairfield boxes went for, and they had one hit guaranteed and 16 packs, so it appears on the cover to be slightly better - but we will have to see what kind of packs are inside. Given the general lack of baseball cards compared to hockey, I would pick up this box in baseball at a heartbeat if available in Canada, and that is without even knowing how good/bad the packs are inside.

Just to get them out of the way first, here are the couple memorabilia cards that were included, and I ended up getting a two pack of the same player... 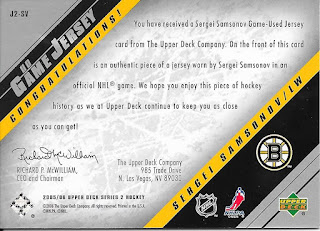 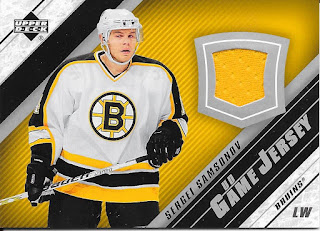 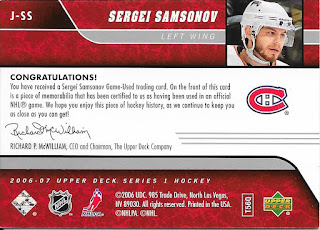 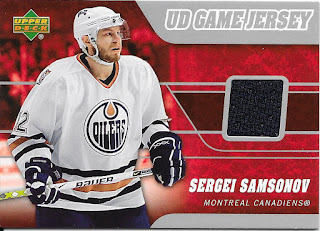 Overall, decent player, nice cards - can't complain. Could have been better obviously, but going in blind, not a bad couple of cards.

As before, I will show the packs I got and am keeping below, the rest will be saved for showing as I open them over the next little while... 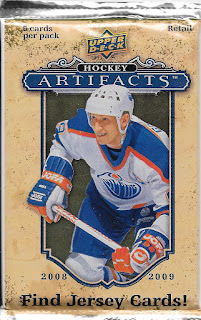 Can I say that I find this to be a very pretty package? Artifacts showing Gretzky - makes sense to me. As an Oiler - definitely classic. The design, nice. Generally I've always liked the Artifacts set, though there have been good and bad designs, always generally been a positive to me. 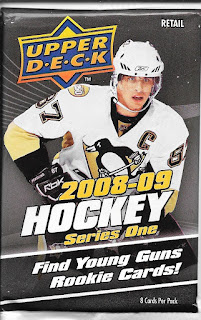 Didn't have any packs from Series One, so nice pickup. 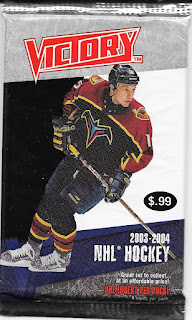 The very expensive set - as seen in the price tag on the package. Earlier year victory - I have a number of packs from the later years, so this fills an early hole. 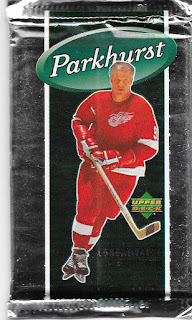 Who can argue with that cover? Parkhurst in the mid 00s is similar to the Artifact sets I believe in what they were trying to accomplish - but Parkhurst just didn't last. 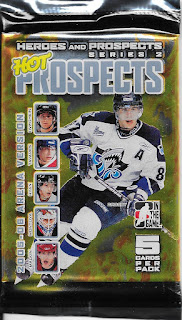 Never been a fan of In The Game - maybe the licencing, maybe the off designs, but I'll still hang on to this pack. 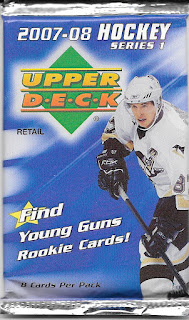 I have a hobby pack, so here is the retail. 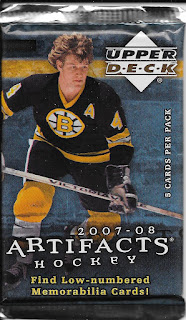 The reverse true here as I had the retail, and here is the hobby pack.

Given 16 packs, and getting 7 packs that I will be keeping - not bad, I always hope for atleast 6, so overall a success there. Will there be more success when I open the remaining packs? Guess we will have to wait and see!