We could be heroes...or prospects..

A couple additional pick ups off Listia that I'll share first - including a prospect card to tie into the heading... 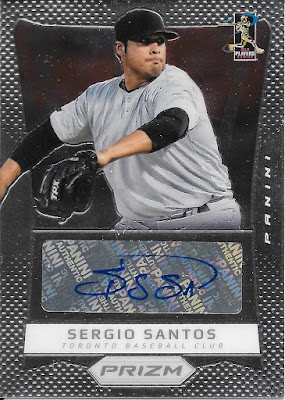 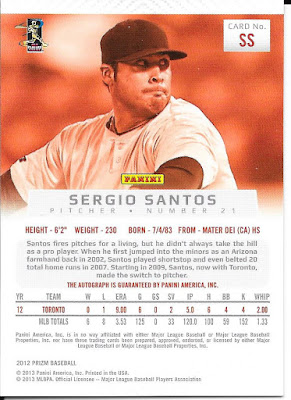 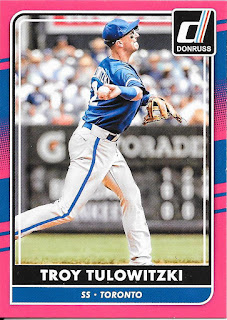 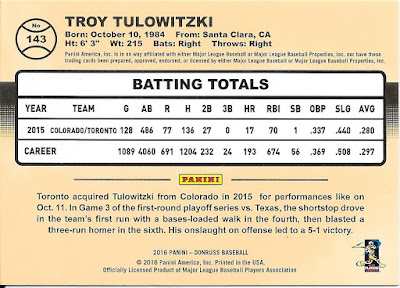 Sergio played minimally for the Jays - just a few appearances over a couple years, so not a big time player, but that in some ways makes it more special for the Jays collection.

The Tulowitzki Pink parallel has a nice colour to it compared to the base set with white background colour. Don't particularly like the beige colour on the back - but overall a nice tro look.

The Santa Lot 20 today isn't highlighted by much - other than some more hope. As I like collecting cards from all sets, nice to see more (may have been one or two before) cards from In The Game. In The Game always tried to mesh stars and prospects in their aptly titles Heroes and Prospects set. 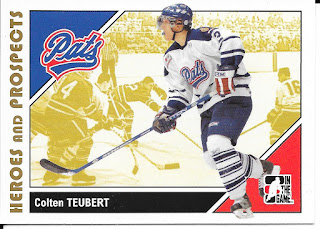 Still plugging away - his NHL career so far includes all of 24 games and 1 assist as an Oiler back in 2011-12....not much of a prospect unfortunately. 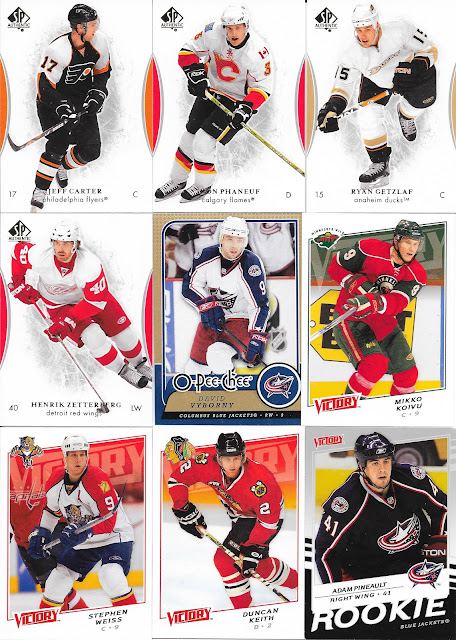 Oh Phaneuf - never really felt he fit in as a Leaf and traded away hopefully for his better this season (both for him and the Leafs). I don't know if it was the spotlight of being in Toronto that did him in, not sure, but it didn't help. 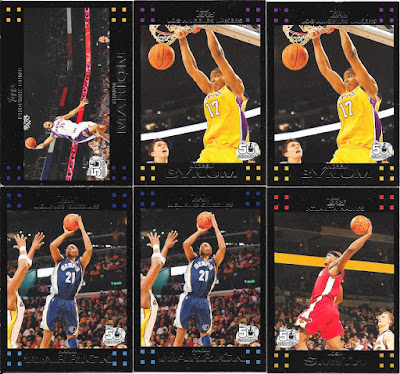 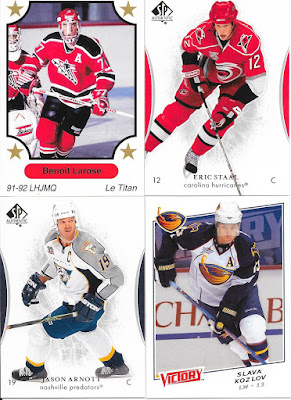 Given the highlight card, I was curious and at least Colten's NHL career was better than that of Larose - who didn't make it to the NHL. I guess maybe Colten was a successful prospect then.