You (Maybe) Can't See Me

1990-91 Upper Deck hockey cards are one of those sets with an interesting variation that is a pain and irritate perfectionists.

Different holograms - a 1990 version and a 1991 version. Personally, this isn't a set I care - I am not collecting both. That said, I haven't seen much of the 1991 hologram version 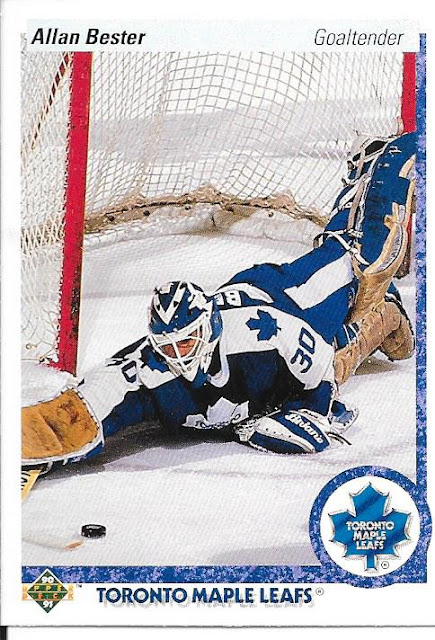 That continues today as the above Leaf, and the rest of the cards are all those of the 1990 hologram variety. Only variation I care about (a little), is getting the Leaf cards in both. At this point, I don't have any of the 1991 version.
I do have this... 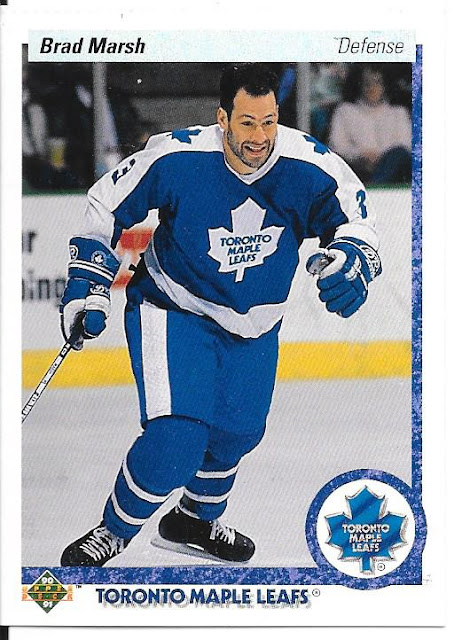 You can't see it well in the scan, but a nice error card with a crimp right across the top of the card - very cool. I know some people consider it damaged, but I like them, in case you have any baseball or hockey cards of the like you are looking to get rid of.
Only the couple cards of personal interest today, but here are the rest. 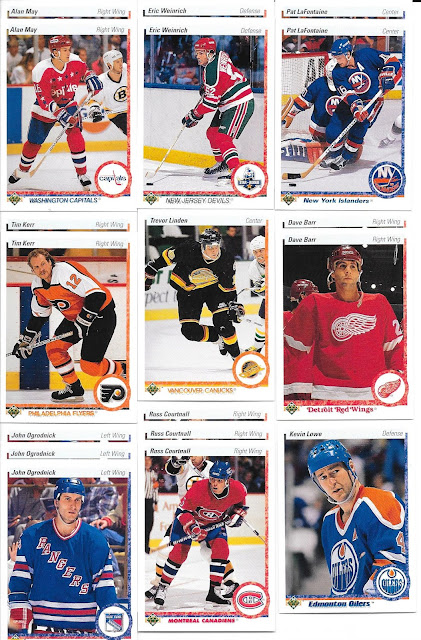 LaFontaine - always a Sabre in my memory, and always a smooth skater - real life and video game form as well (NHL '94 to be specific). 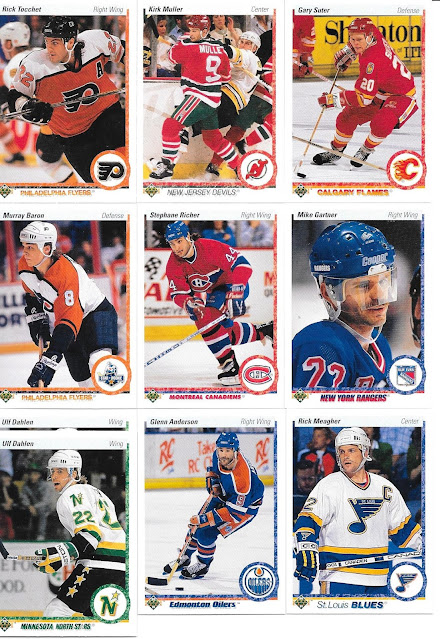 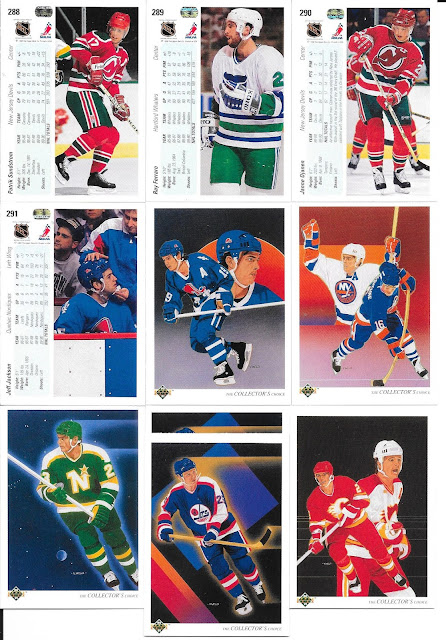 Most card backs just have the stats and no write ups, but with the big second photos, that was really the main draw/focus, and the checklists are typical Collector's Choice goodness. 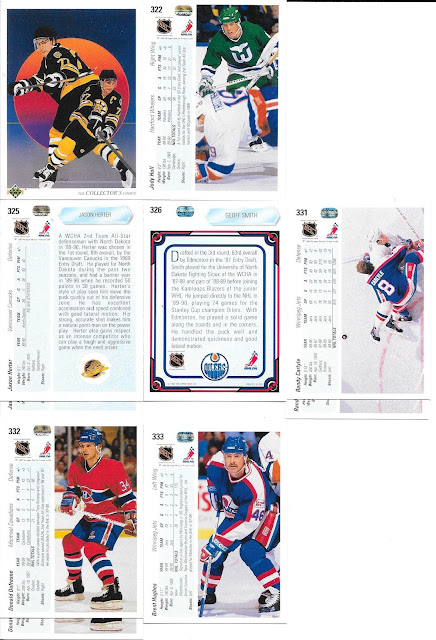 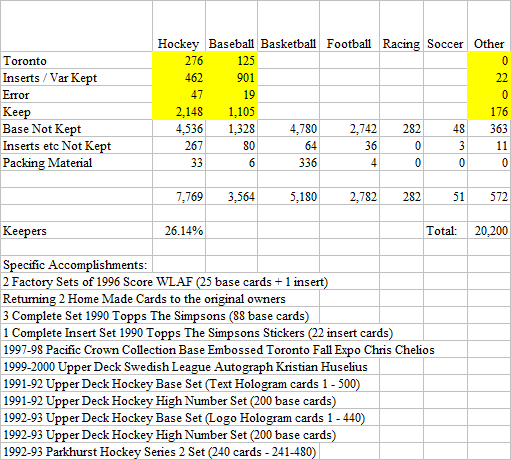 Billwill305 at TCDB became yet another new trading partner, again in the forms of a PWE or two. I gave up some women of the WWE dupes in exchange for some Blue Jays. 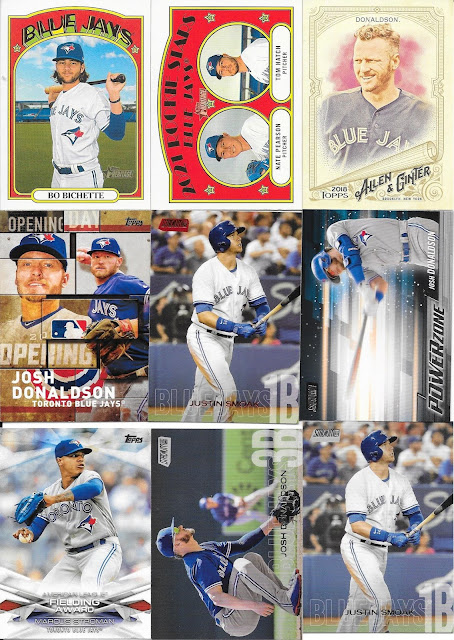 A bunch of newer - which really for me means, the last 5 years or so - cards. Nice to get the regular and red foil versions of Smoak, and the retro Bichette may be my fave of the bunch.
The Stadium Club base cards in this PWE do let me complete the massive 4 card team set which is awesome! 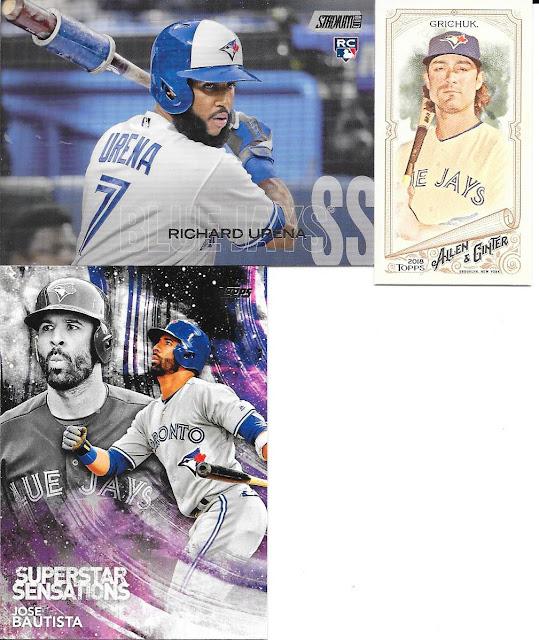 I really like that Urena card - great framing for the picture, and I am a sucker for most Bautista Jays cards to, so inserts work well there.
Many thanks as always to you, and everyone who I have had the opportunity to trade with. I am getting close to 300 trades on TCDB which is not as many as some, but I really haven't actively sought out trades. That will likely change if I have less "new" cards to go through.
Posted by CrazieJoe at 8:00 AM