We all have favourite players which are more a product of the time we get into a sport. Felix Potvin definitely fits the bill for me. As I have mentioned before, my heyday of getting into the NHL and watching the Leafs is through the 90s, and Felix was the man in net most of that time.

Felix is not a Hall of Fame caliber goalie, though he was a two time All Star. Regardless of anything else, he was the guy minding the net during the good play off runs for the Leafs in the early/mid 90s, specifically 92-93 and 93-94, and that cemented him as one of the guys I'd always cheer for. 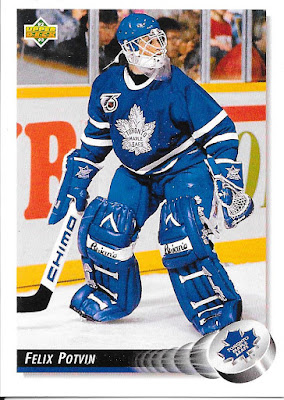 This card is from right in the midst of those two playoff seasons. A nice picture being a bit different with an out of the net photo. 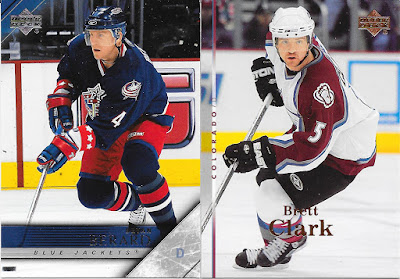 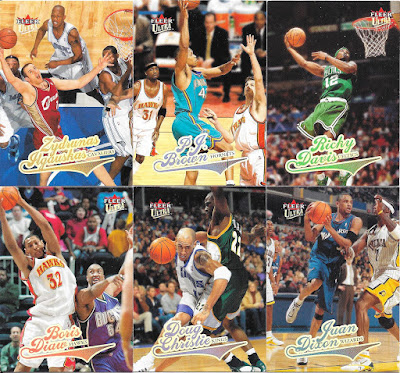 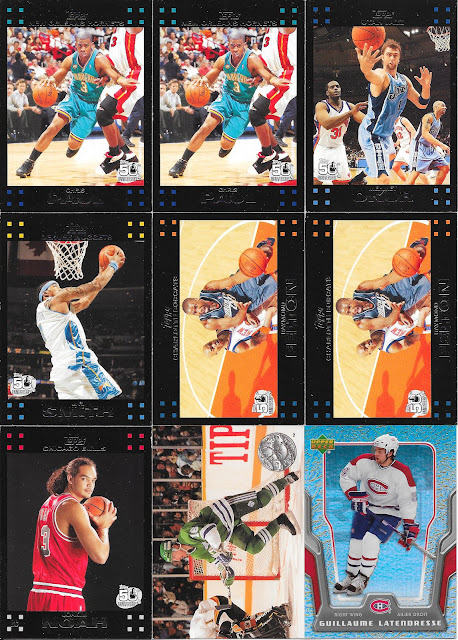 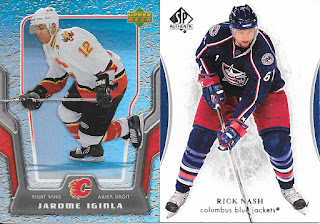 A little disappointed (well, as disappointed as I can be) that none of the 2004-05 Ultra or 2007-08 Topps were new. Hopefully I can hear from some basketball team collectors to be able to trade these for anything hockey or baseball that I don't have, if nothing else (though Toronto cards would be preferred, even if I already have them).