So at the game yesterday, while we were picking up a couple shirts for the kids (gotta have a Jays shirt of some kind for the closet!), I notices a few little cases of cards in the display. Upon inspection they were 50 Jays cards for $15. It was the usual assorted brands, assorted years, a typical have at it.

So, I thought about it, and the likelihood I would get some cards I need or didn't have and figured, if I could end up with 15 cards out of the 50, I would be alright (a buck a new card). Actually, given the card case - 14 new ones for me and I would call it even. 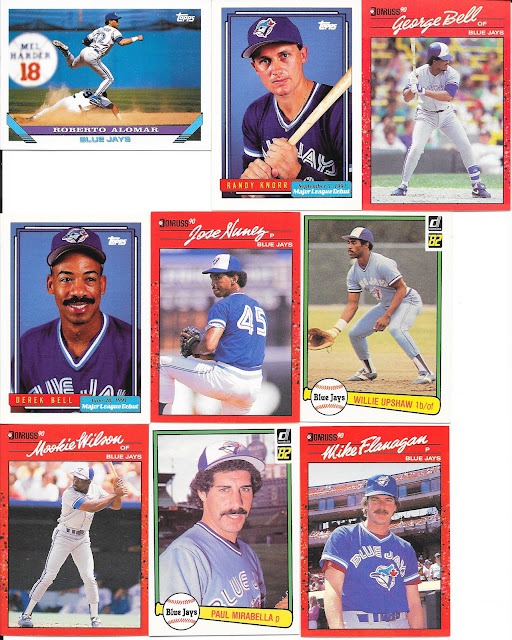 Not a bad start at all here as I wasn't expecting to see any 1982 Donruss cards at all. Upshaw was new for me, as well as both the 1992 Topp Debut '91 cards of Derek Bell and Randy Knorr. No surprise on not needing the 1990 Donruss as I have 5-6 of each of those already, but what's one more each!

Best photo goes to Alomar though. 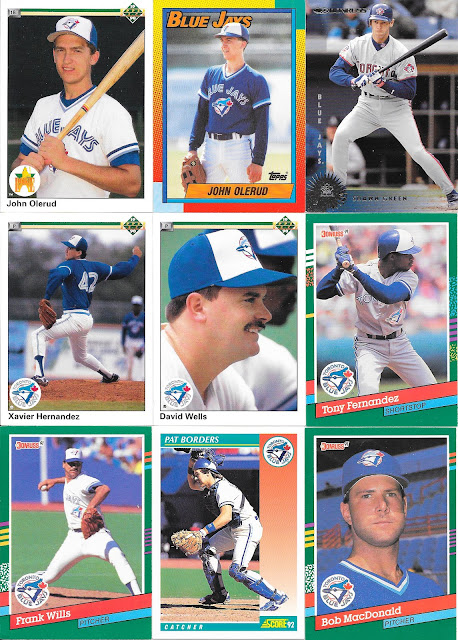 Here is some "junk wax" with 1990 Upper Deck and 1991 Donruss. An Olerud rookie is still a nice card. The only one here I need is the nice 1997 Donruss Shawn Green. I like that the design was used across sports as I have an almost complete set of this for hockey, but only a couple of the baseball cards. 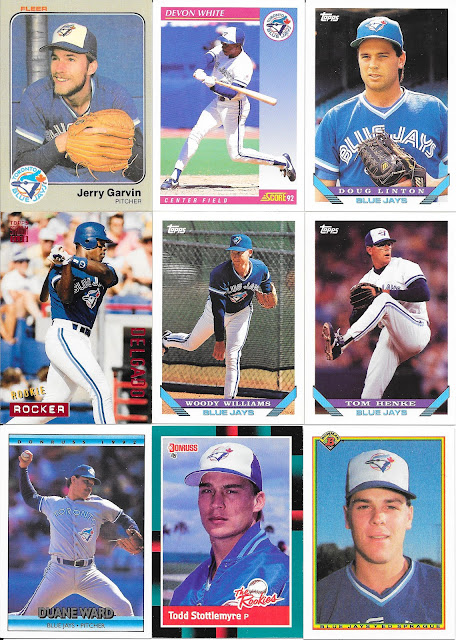 The 1994 Stadium Club Carlos makes the 5th new card from these, and that's it. I was a bit surprised of a couple the others thinking I may not have them, like the 1988 Donruss Rookie Todd, but apparently I do, even the 1983 Fleer Garvin. 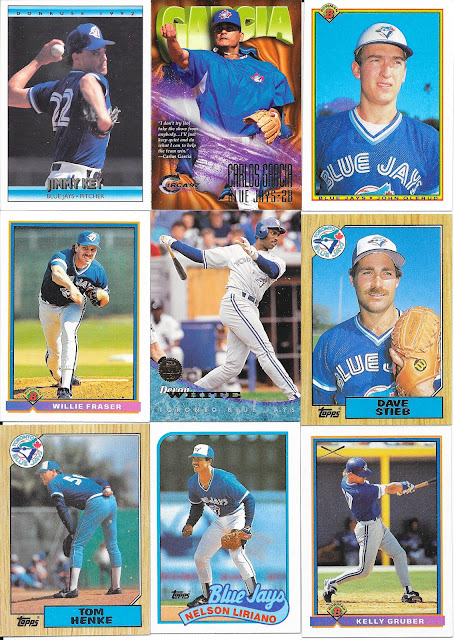 I had never heard of 1997 Circa before getting this Garcia card (top middle). Add to that the new 1994 Leaf Devon White, and the fact I needed a second copy of both 1991 Bowman cards, and we are up to 9 new Jays. 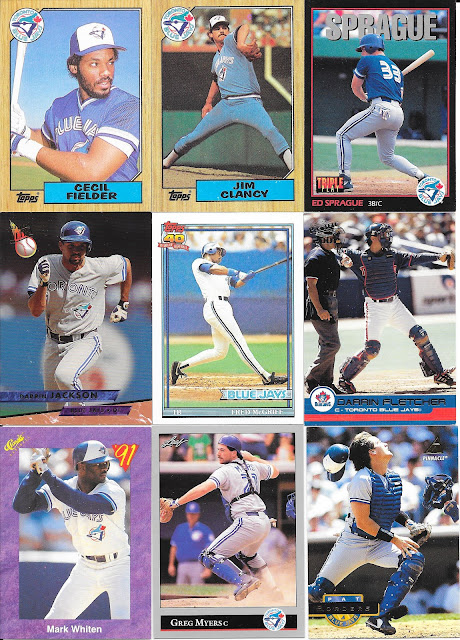 Actually a pretty nice variety throughout, I have to say. New here are the 1991 Classic Game Whiten, Ultra Jackson and 2001 Pacific Darren Fletcher (so now up to 12 new ones). 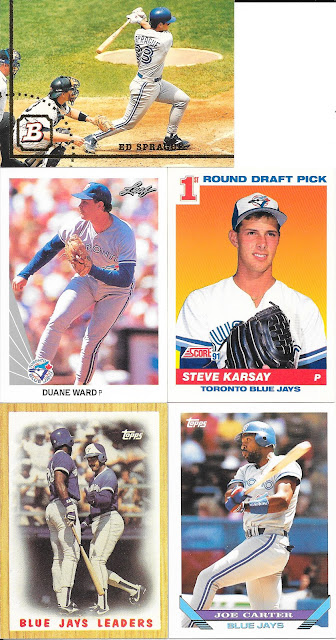 I know the Bowman is new as I generally do not have many. Though that is it, and I end up with 13.

Overall, fun though maybe not worth the $15 I paid. Still, at least I got to share it with you guys. Do other ballparks sell something similar?
Posted by CrazieJoe at 8:00 AM