They were on sale, and I really want to at least finish the 100 card pure base set to the Toronto Maple Leafs Centennial Set, so I picked up on sale two more tins. My goal of this is three things:

SO today, we will open one tin, and half the packages in it - the other half opening tomorrow.

So first the pennant...

As for the six packs today, let's go one by one... 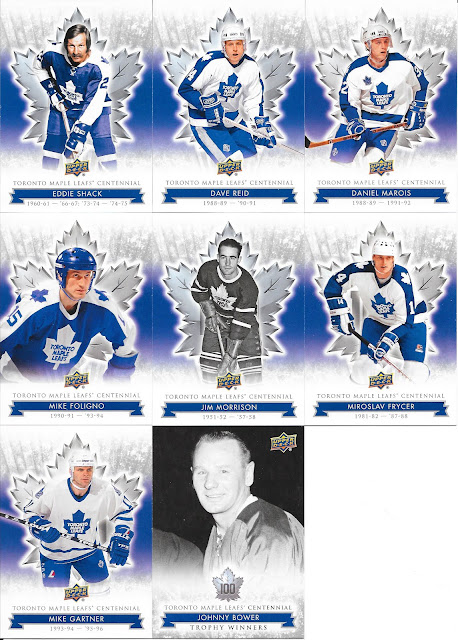 A decent start, though no new cards. I was hoping the high numbered or short print cards (101-200) would see all adds, but guess that won't be the case. 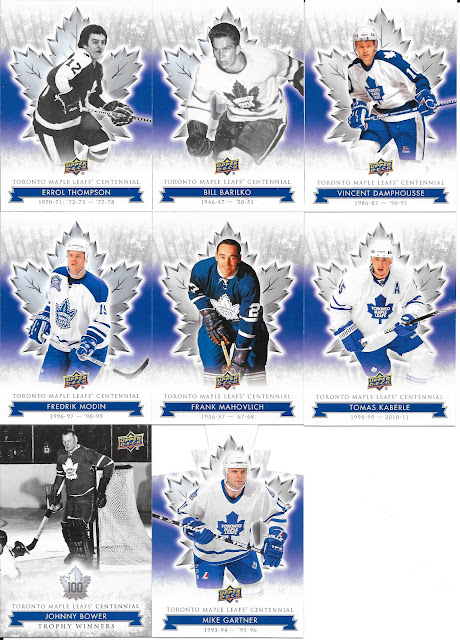 Here we see the first die-cut Leaf which is at least new, and a personal fave in Mike Gartner. 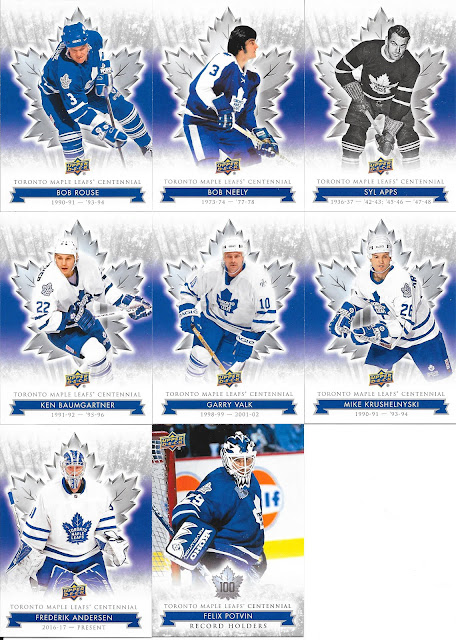 Three packs in, and still 9 of the 100 base cards remain needed - not looking good on that front. A Potvin dupe is a decent short print, but still, would prefer new ones. 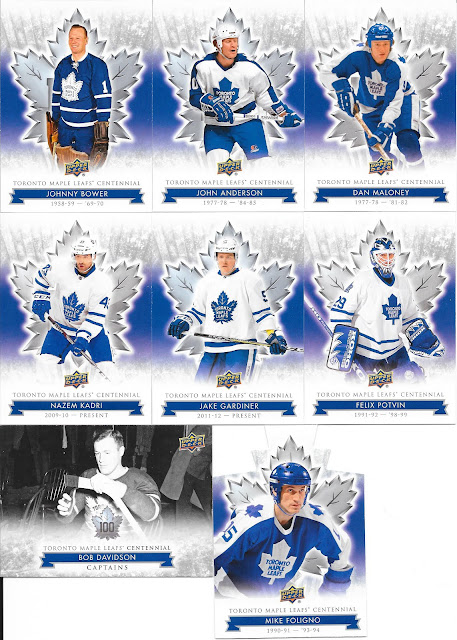 The second die cut and second new one there at least with the jumping Mike Foligno. 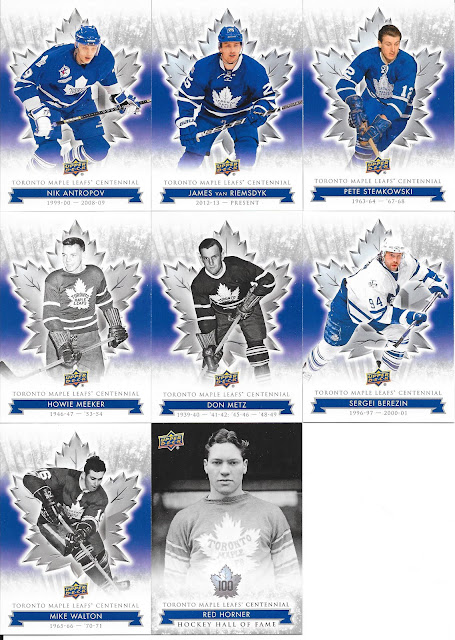 Love that the design still works quite well with the black and white photos, too bad again, no adds to the 100 card pure base set. 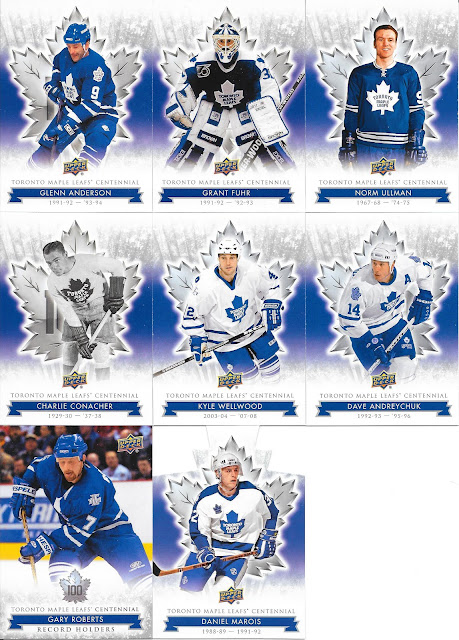 We finish with at least getting a couple new cards, though not base, with the high numbered Roberts and the Die Cast Marois.

Okay, well, this wasn't this most promising of starts. Still - I have the second half of the tin to make it better...right? Let's see tomorrow. Maybe I can finish it off then.
Posted by CrazieJoe at 8:00 AM