Looking for some Centennial gravy

Here we are with the final six packs of 2017 Centennial Maple Leaf cards. I likely won't be buying any more packs now that the set is completed as far as my need is concerned. If I pick up any additional short print cards or inserts it'll be through Listia, trade, or other mean than by pack. 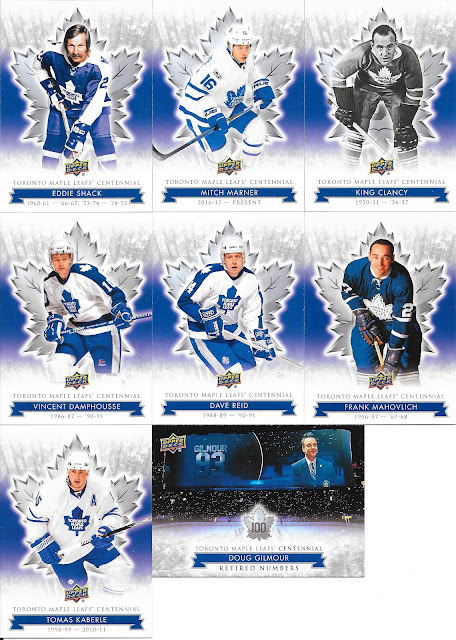 The highlight of each pack is likely to be the short print base card in each case here, and we start strong on this one. That Gilmour retired number card is simply beautiful and does a great job in bringing the moment together in a card. 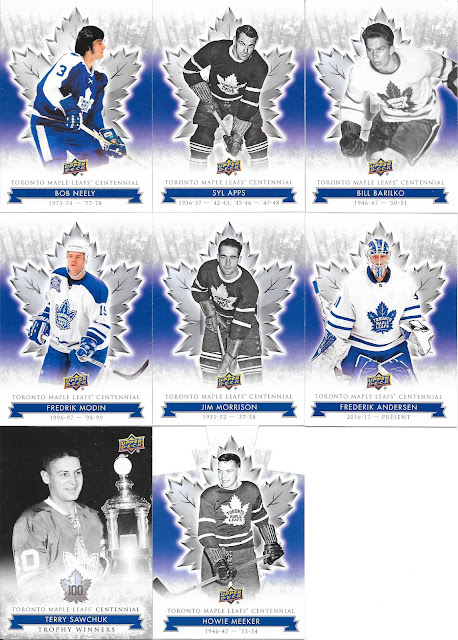 Terry Sawchuk in the short print here. A great write up on the back discussing how the Vezina trophy win in '64-'65 had the rules changed to include all goalies on the team who had over 25 games because Terry wouldn't accept the trophy if Johnny Bower's name wasn't also inscribed on it (Johnny only played a couple games less than Sawchuk). 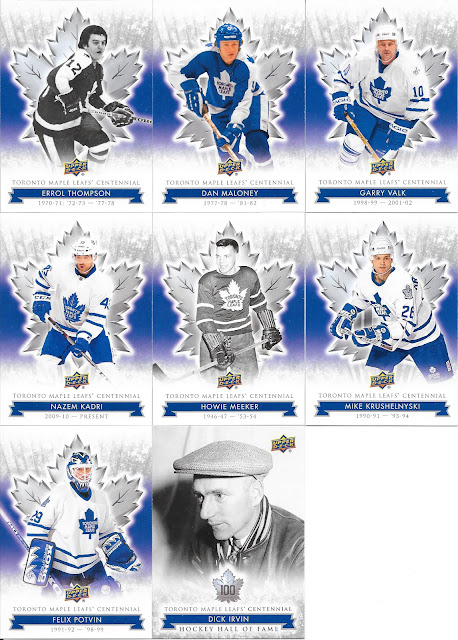 Love the older pictured cards as I have said below, a nice Irvin here. 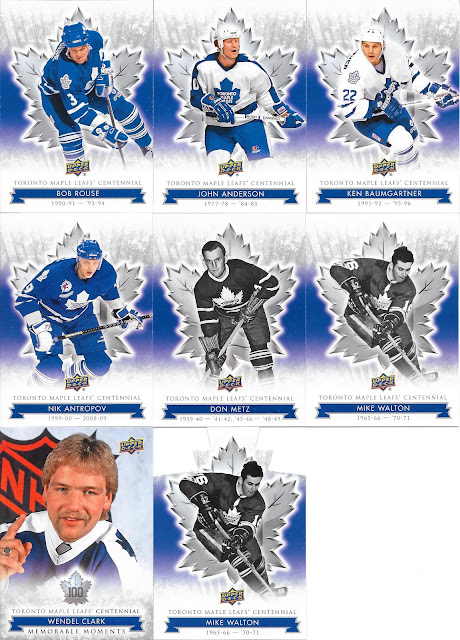 Man - that 80s hair Wendel Clark...can't really say much about it other than, man, that really looks like a dated 80s photo. 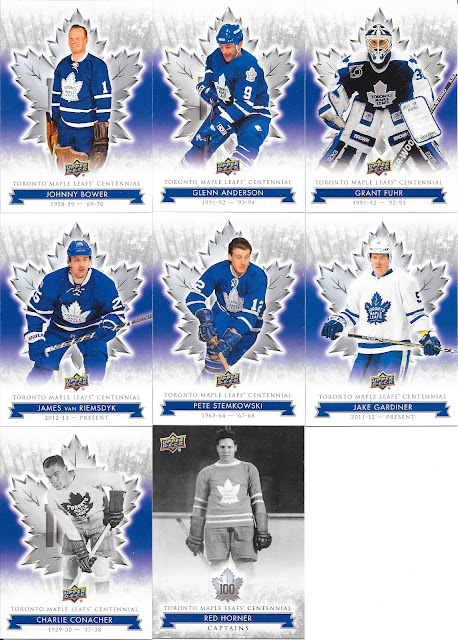 Red Horner wasn't a long serving captain - all of a couple years right at the end of his career, but a highlight for him from what he has said. 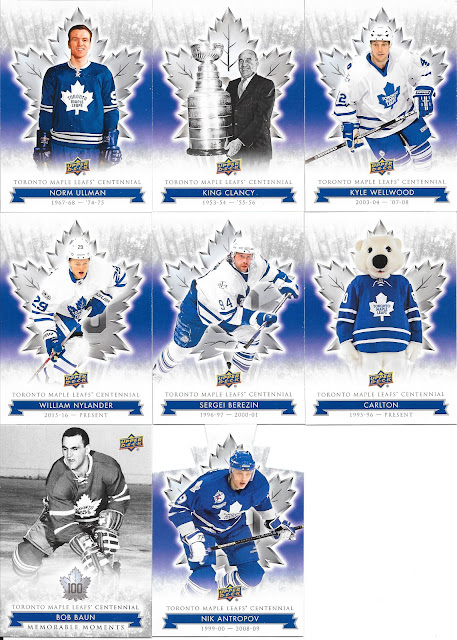 Baun's memorable moment being his Stanley Cup winning goal in game 6 on April 23, 1964 which he did on a broken leg which is just insane.

Well, no autograph, but I have 40 of the 100 short print base cards and a couple dozen die cast cards, so can't complain!