I wanted to wait until I finally got around to loading the couple pictures, but a couple weeks ago I was able to take my 4 year old daughter to her first Jays game. My son and I have gone to a few (he is now 7), and she of course wanted her turn.

As it worked out, I usually get a couple tickets through work each year which are 4th row right behind 1st base. Since my wife and I knew she probably wasn't going to last long, we got a pair of top level tickets for my son and her to go, so we could find ways to entertain and all spend the whole day at the game.

It helped out that it was on a Jr Jays day, so there were kid related events during the game such as face painting and some games, so it was easy enough to keep her entertained. Truth be told, I think she wanted to go for the pizza as she lasted about a half inning before wanting food, then once it was done, she was ready to go and check things out....and meet up with mommy.

It was a blast regardless, and we were able to get this picture of her: 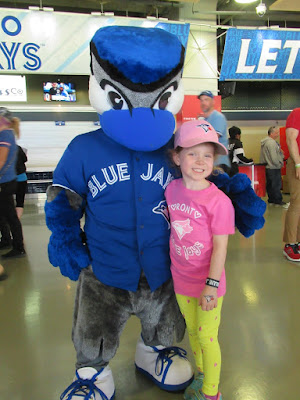 She was very wary of getting a picture with the Jays mascot Ace, but when she was Ace Jr who was a bit more in her height range - she was all for it.

Being a Junior Jays day, we did the line up for the kids to run the bases after the game. Honestly, the wait was a pain - we lined up in the middle of the 8th, and the delay was obviously the game needing to finish (go figure), but still was about 40 minutes which was hard on the kids. That said, once the game was over, props to the team as they were quick and ready to have the kids running (and there were a LOT of kids).

Heck, I enjoyed the opportunity just to stand on the field right around the foul territory. 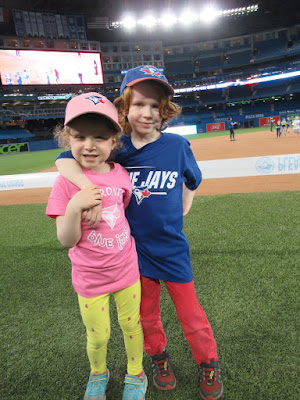 Always wondered what the field felt like underfoot....at least I got to do that....oh and the kids enjoyed running the bases too.

So how does this relate to cards? Well - two things that I picked up at the game because I couldn't help myself as I am sure I overpaid for both. 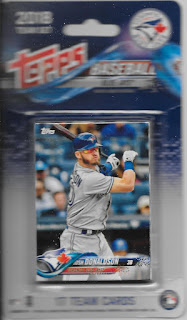 I just bought the team set since I figured for $13, I might as well so I have it in one go - especially since at the time, I didn't have any of the cards yet. 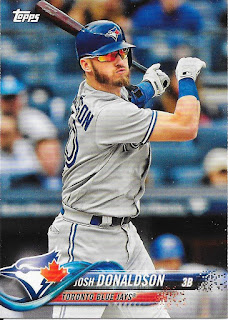 The poster boy for the Jays, at least for this season - maybe.

As for the scan and others here - not sure what the line issue is about - I might be running out the life on my scanner....going to have to watch out for that, but I may just fiddle with the resolution and such for my scanning tomorrow. 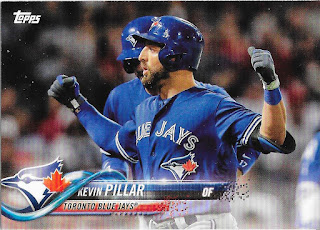 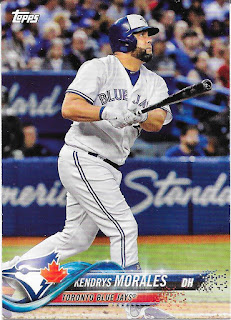 At least the Pillar is a good use of a horizontal design, though a superman catch would have been nice. 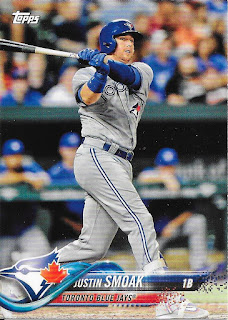 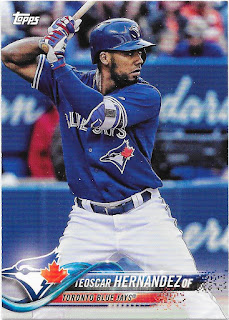 Smoak is a great name and has been a solid hand for the Jays. One of my personal favourites of the team the last year or two. 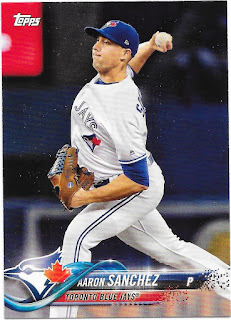 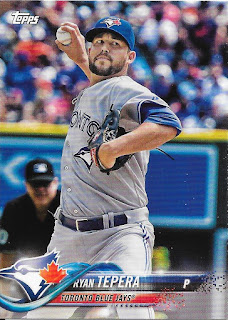 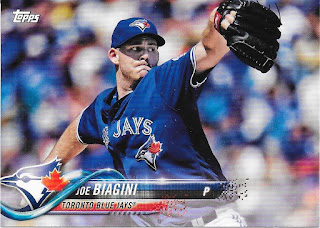 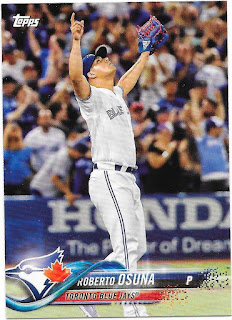 Have to have a pitching staff... 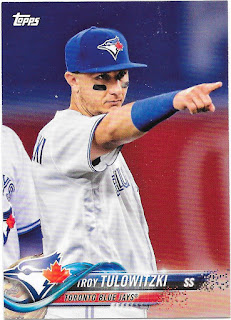 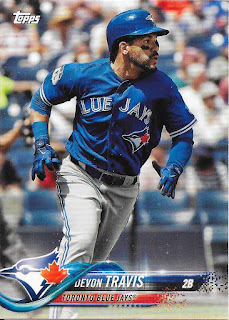 Troy is another force that has needed to be great to help the Jays succeed. 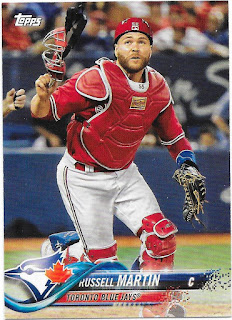 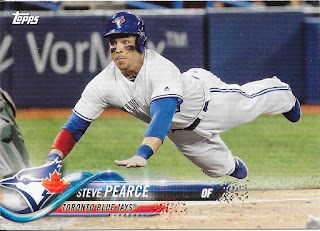 Russell in his more typical role as catcher, though that has been changing as the season goes on. Interesting to see where he spend his time the rest of this season. Pearce has a great photo here, my favourite for the set. 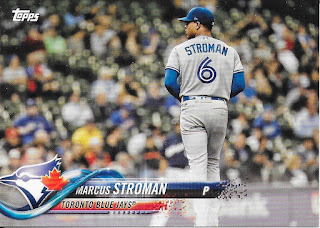 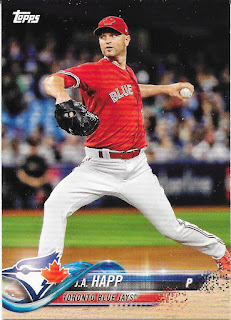 More pitching, and I have to say, the red uniforms are a great alternative one for the Jays. 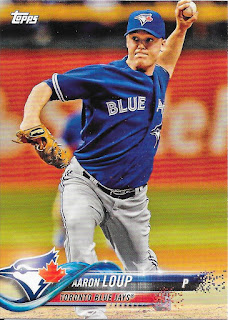 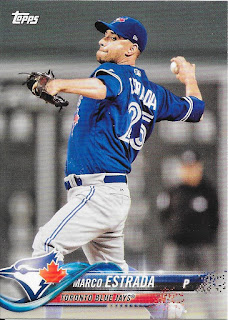 We end with a couple more pitchers, and that is the set.

If you are interest, the backs look like..well, standard Topps 2018 fare... 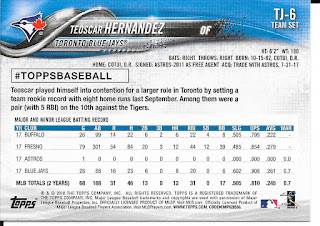 So a great day overall, and hopefully some good memories for the kids. I picked up one other card related item at the game, but I will share that tomorrow.
Posted by CrazieJoe at 8:00 AM