Cheer for Fleer, and the king is here

Yet another 16 baseball cards from Listia - here all 1990 Fleer. The reason for the pick up? I didn't have the Stottlemyre card for my Toronto team set. 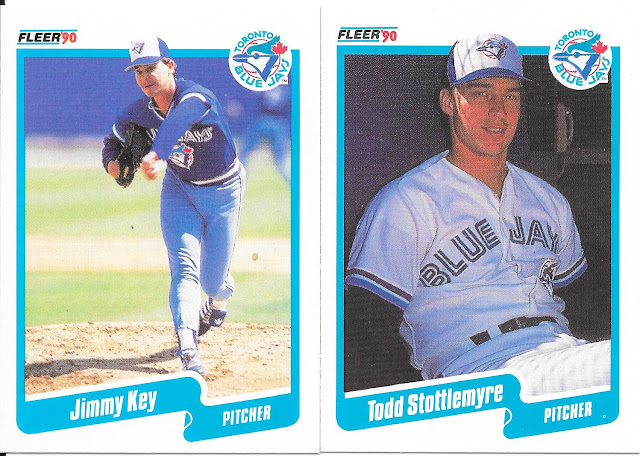 A kind of blah design, but the pictures are pretty nice (Todd looks so young). 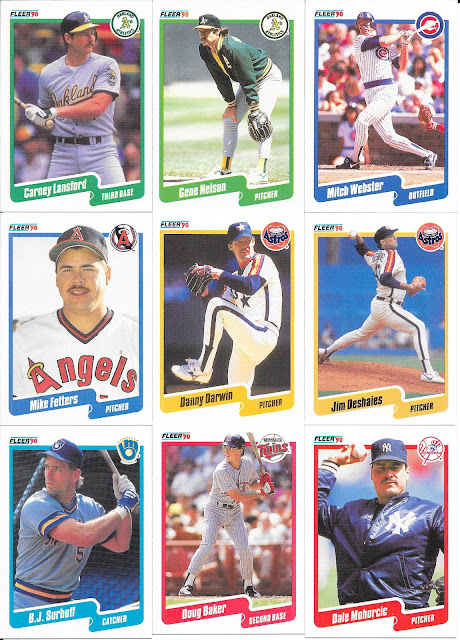 Nice to get a number of adds for the set, though I am not actively looking to complete the set. 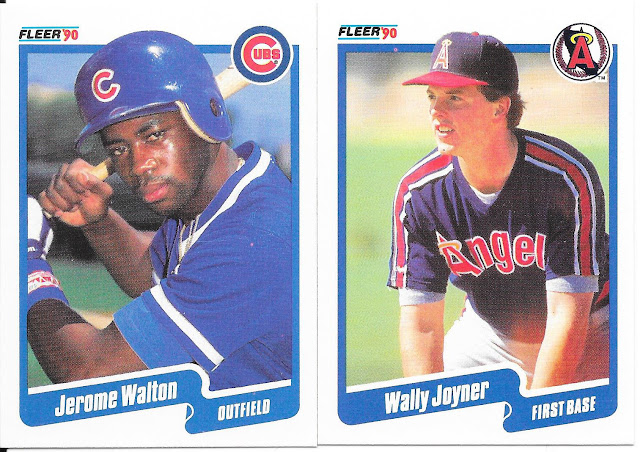 Also lucky there were only a couple of duplicates again in these cards.

On a complete switch of sets/sports/topics, this past NBA season, LeBron did exactly what he had promised - bring a championship home to Cleveland, and did so in dramatic fashion bringing his team back from being down 3-1 in the finals to win in 7. It was nice to see him come full circle - even with how bad a break up his leaving Cleveland. 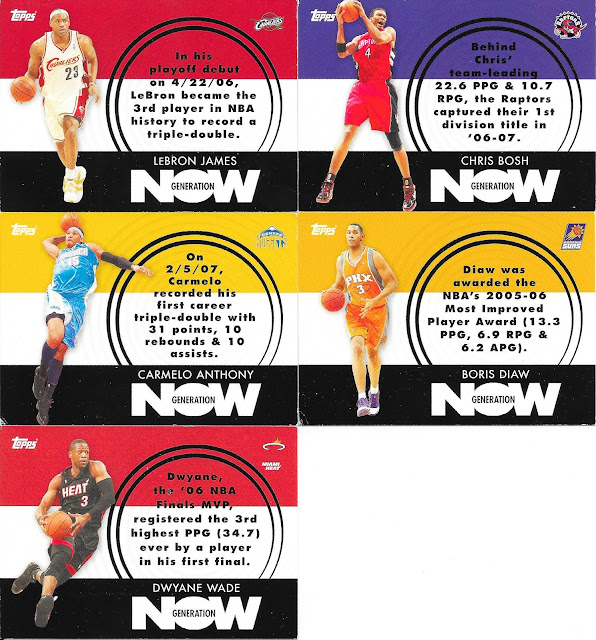 Getting five inserts, including LeBron - had to make this the highlight of the cards today. Interesting to get the trio of LeBron, Wade and Bosh together too. Definitely quite the pack of stars, and I like the fact that topps used this insert and the design in both their NBA and NFL sets. 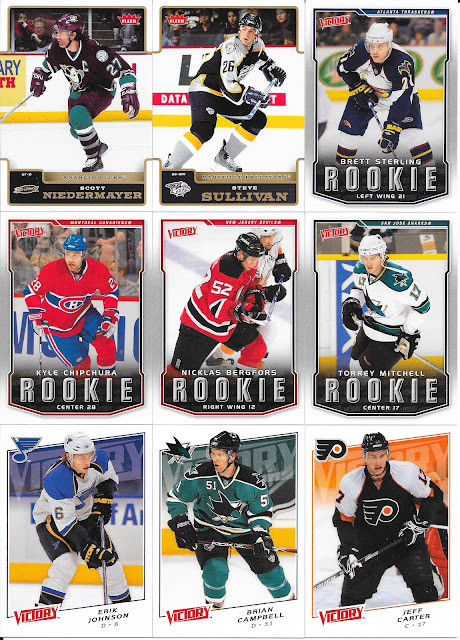 If I'm going to get Victory cards - nice to get some of the rookie cards from the base set. 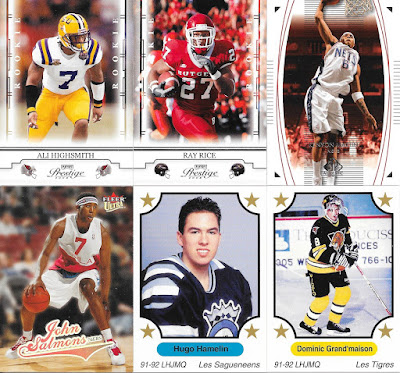 Continuing with the youth movement across these cards - some rookie cards from 2008 Playoff Prestige football, and pre-rookie cards from some 1991 7th Inning Sketch Quebec Major Junior Hockey League cards as well.