Not every "winner" may be something you collect - some times you come across cards that are just nice, pretty, rare, or unique that you can appreciate them for what they are, even with no intent on keeping them. Definitely got one of those today to share.

First, these, which add to the 1991-92 O Pee Chee insert set I apparently have going. One of those "nice to get if it happens" type of sets. I don't have a great affinity for the Sharks or the Russian team spotlighted, but they had their place at the time, so I can understand the insert set. 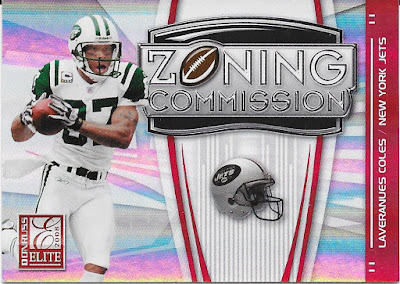 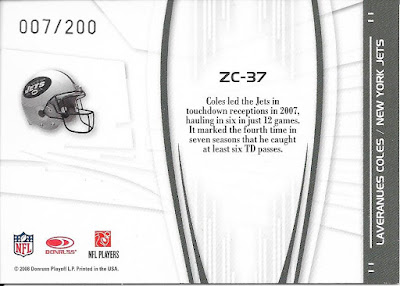 Now this, so pretty, and scanned so nice. I scanned it before finding out it was the red parallel which is numbered to 200. The red naming may be because of the stripe on the side, having not seen the other parallels in hand, I'm guessing it may also have to do with the shiny red (pink) tinted effect. A very sturdy, beautiful card made nicer from the serial number - even if the player, team, sport do nothing for me - still a nice little card nonetheless. 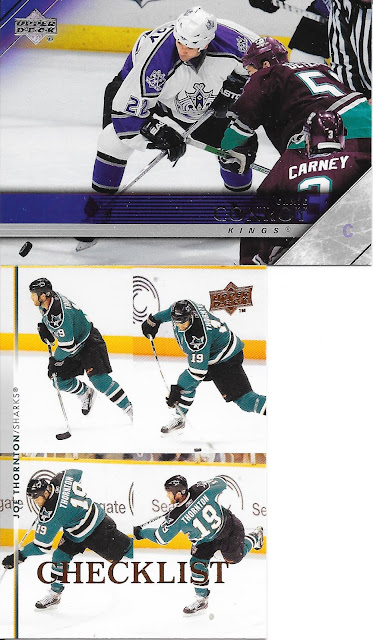 Just a couple other keepers from these cards. Joe Thornton is a good player, and generally deserves to be on a checklist, but still a bit surprised given there are only a couple checklist cards, that he made the cut, but not a bad front photo collage. 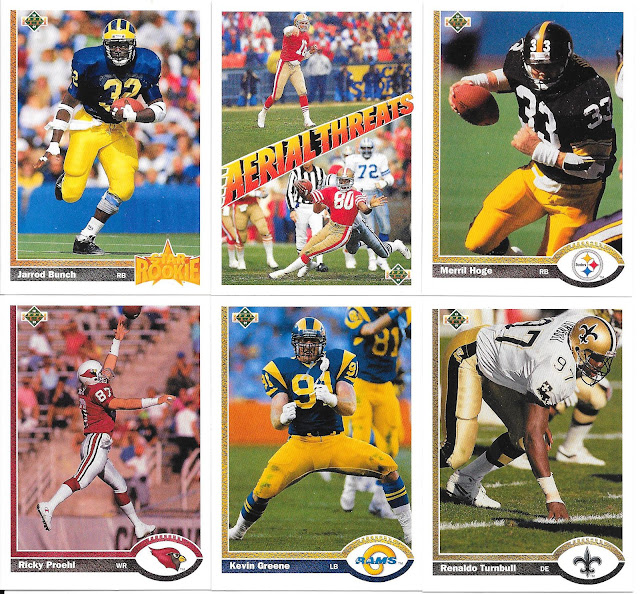 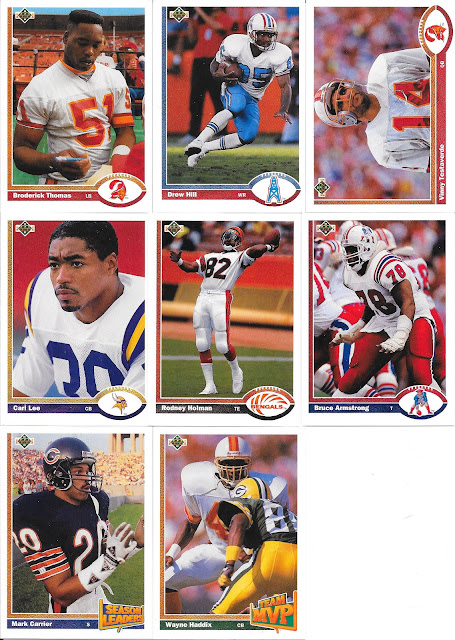 Can't argue with the Aerial Threat - second of these I believe I picked up. Also looks like Kevin Greene was trying to go all "Gangnam Style" well ahead of it's time....