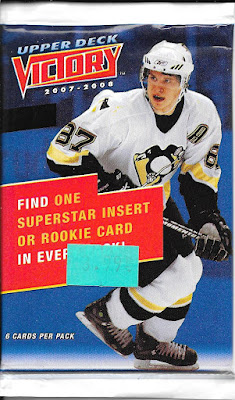 Wow...I can't believe there is a sticker for $3.99 on a 6 card pack of Victory cards. I can't imagine them being that expensive, but someone must have thought they would be able to get $4 for it. Well - the fact it ended up in a box of mixed packs makes sense if that is what was originally being asked for. 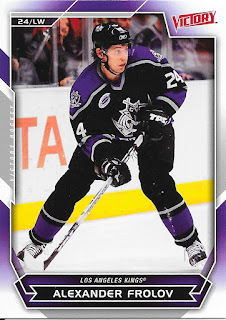 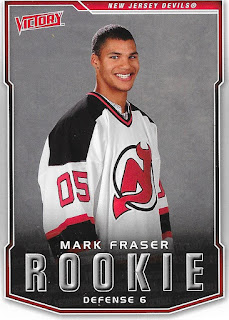 Mark spent some time in the NHL between the Devils and Toronto - not a Leaf, but at least a Leaf connection. 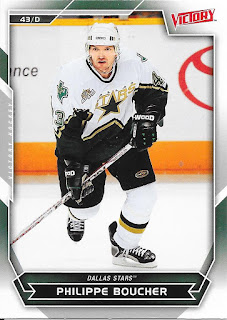 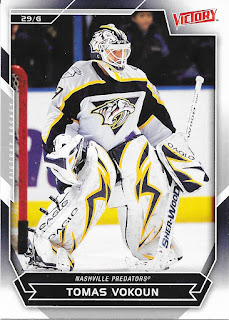 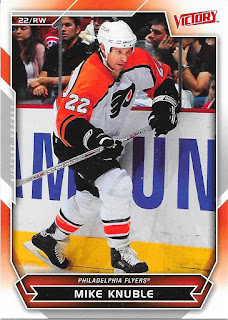 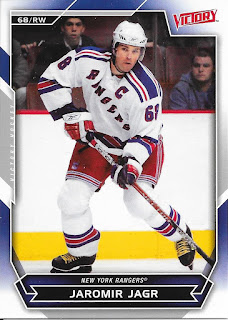 Always a penguin - always....other than the very very wrong uniform - always a good player to get a card of.

Good news - all 6 cards are new for me which is great, and personal favourite card would have to be the Jagr one - though nice to get the Rookie card as well.