A weekend of Christmas

Okay, so this is a bit delayed. I ended up with a couple items for Christmas that I haven't had a chance to post about yet, so I am going to do that this weekend. Today we have the few unopened packs for the collection and some 2017-18 Tim Horton hockey packs. Tomorrow something given to me which was a Value Village quick pick up, and some more Tim Horton packs.

First, the following packs get me up to 500 unopened packs for the collection, all in now: 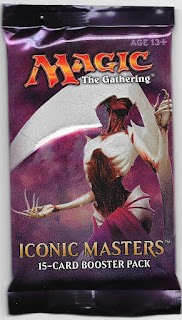 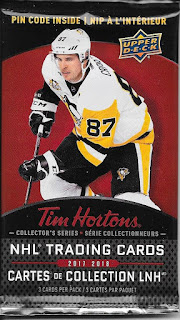 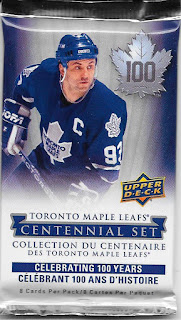 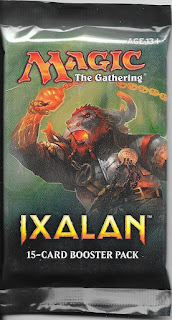 I know, the Centennial Leaf set, I opened the packs a while ago and just getting to logging the pack now, so sharing it again. Obviously similar for the Timmies pack which we will open the rest of (20 more) between today and tomorrow).

As for the couple Magic packs, these were stocking stuffers and are from two 2017 sets I didn't yet have knocked off.

An excellent group of adds and a nice milestone at 500 now for the packs. For the technicality of it, the 2017-18 Timmies pack is the one to make 500.

Rather than opening each Timmies pack individually, I will open 10 and summarize them here. With 100 card base set and generally 2 base cards per pack, best case I will still only have 40 of 100 base, but let's see if I can get the Leafs and maybe a Leaf or other great insert too. 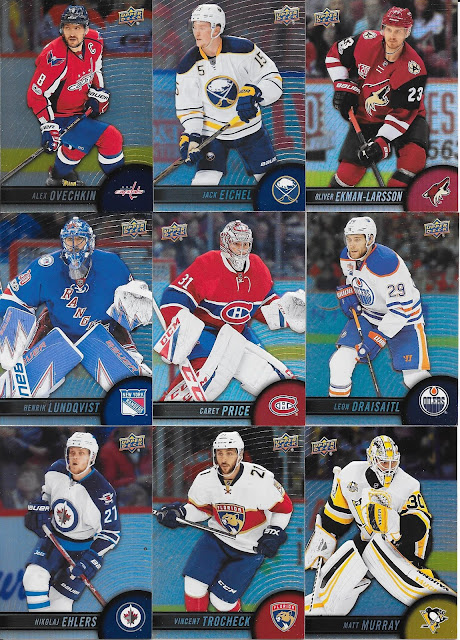 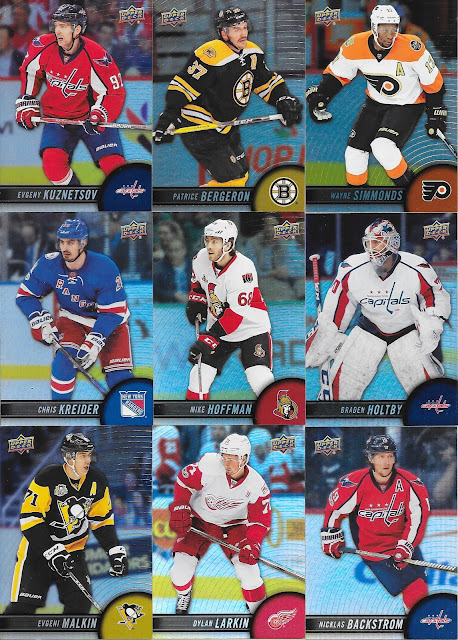 I did great in getting 20 different base cards, no duplicates, and for inserts, only having a single dupe as seen below. 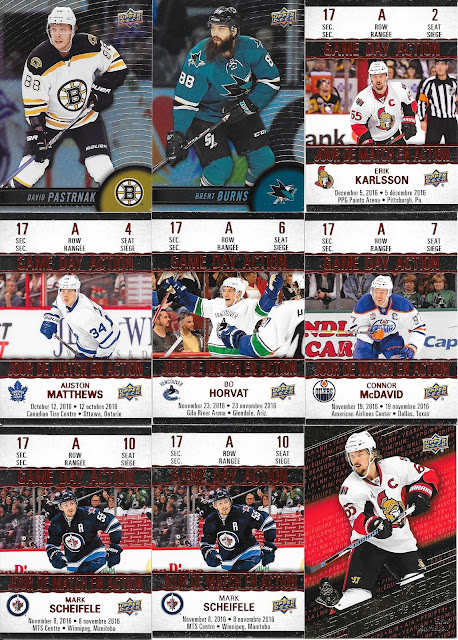 The Leaf contingent in these packs is the sole Auston insert.

The "rarest" pull is the triple exposure which fall one per twenty four packs.

I really like the design, as usual, too bad there weren't more Leafs, but maybe tomorrow.
Posted by CrazieJoe at 8:00 AM