Howl for a Howell

First, a quick add from Listia, to my unopened pack collection... 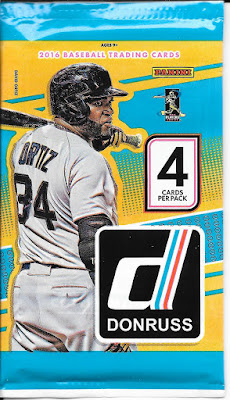 Can't complain about the packaging in that it is bright, commands attention, and given Ortiz, that sounds about right. 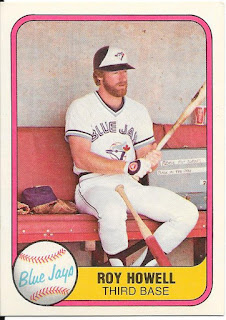 At first I thought I may be missing this one (a couple from 1981 Fleer team set are outstanding), but that wasn't the case. However, the condition of this version is a bit better than the one I had. Howell provided some punch to the batting order in the early days of the Jays. 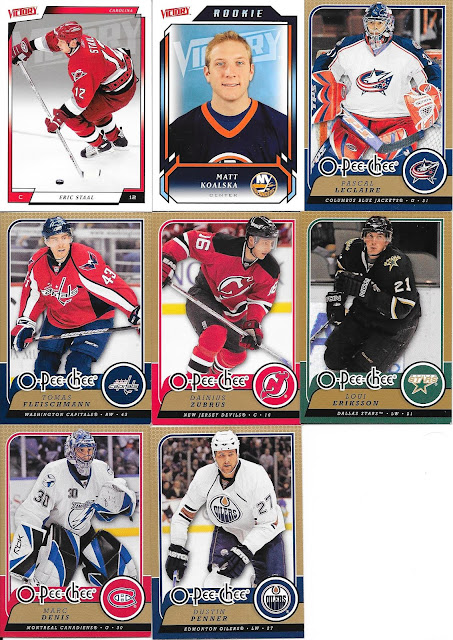 Another example of goalies generally making for better pictures - Denis is the best of the bunch, even with the mismatch in Lightning uni on a Montreal card. Hadn't heard of Matt Koalska so I took the opportunity to look him up. I know why I haven't heard of him. He played in 3 games for the Islanders, and that was his NHL career. 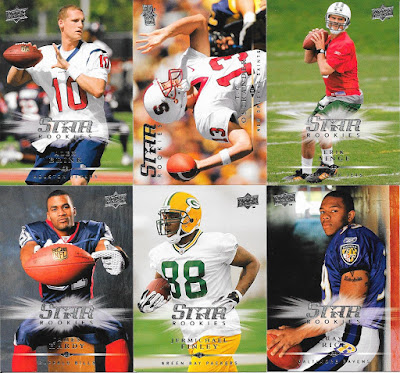 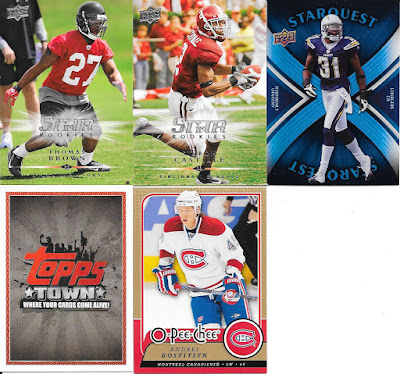 A bunch more football 2008 Upper Deck rookie cards, and here a nice blue Starquest (I like it much better than the black we saw the other day). Also, not that it matters much, I think this is the first ToppsTown insert I've seen come out.