I will start off by saying - this one was close. Even with the last few cards shown at the bottom of the post, I will give the edge to today because the lone Jays card in this half was new for me. That Jays card would be: 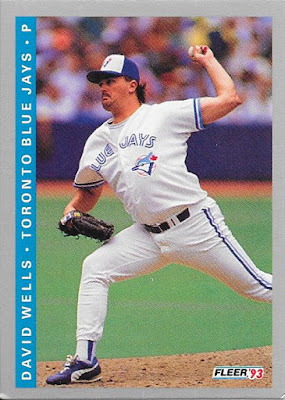 I only have a couple of the eries two Jays from 1993 Fleer, and this is now one of them.

No parallels, but one card I kinda sorta consider in the same vein: 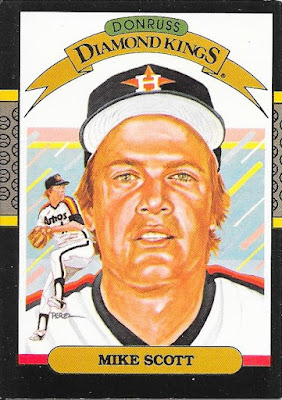 Plenty of other keeper cards though: 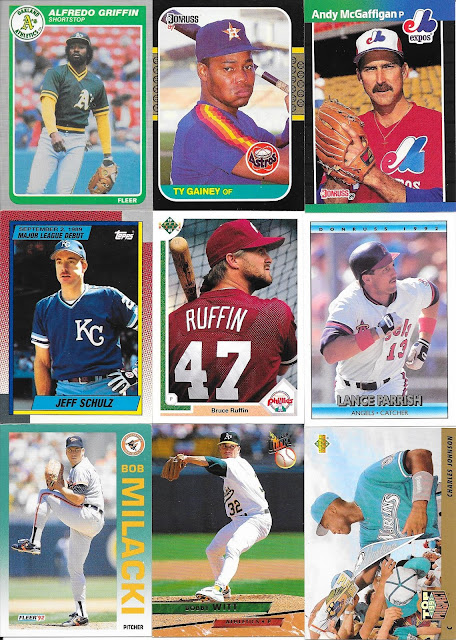 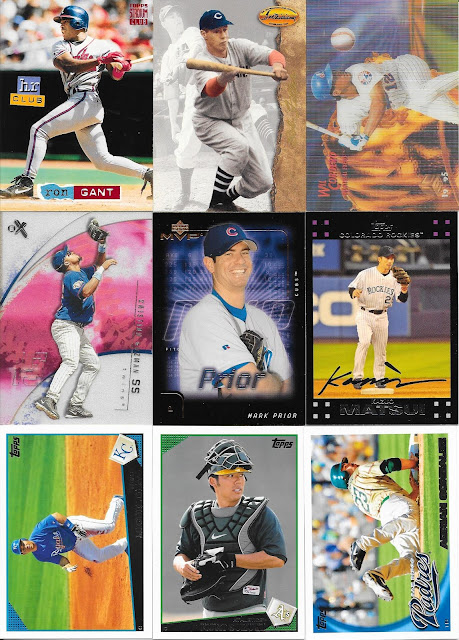 That is one nice Griffin mid-80s Fleer Update. I do like the few different Ted Williams set cards I have found in these. Here is the 1994 set represented with Reboert William Feller. A great pitcher around WWII, he lost 4 years to military service (lost as far as his baseball career goes, but obviously the military service was more important in its own right).

Also here we have the first 2002 Fleer EX I have ever had. The design confused me a bit because at first I couldn't see it was "see through" in design, I thought it was just a goldy-sparkly design, but not so straight forward. Interesting design, but not a huge fan of it.

As for the duplicates today... 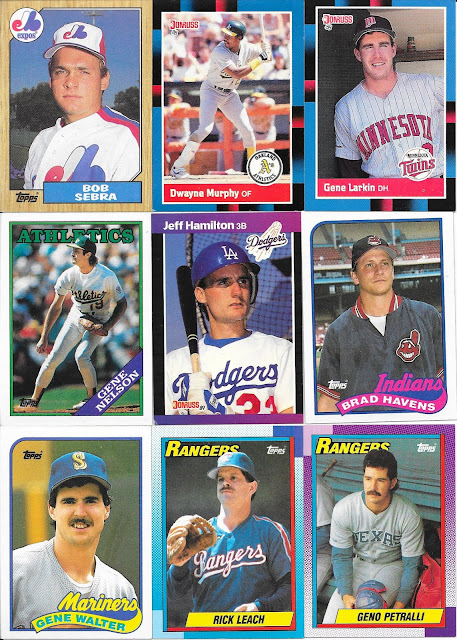 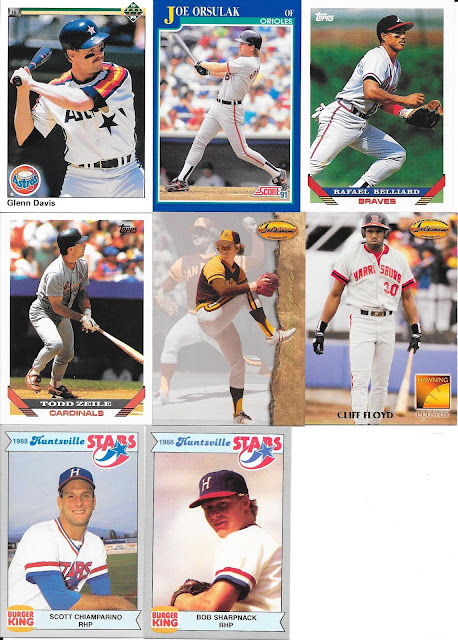 Okay, I have seen the same two Burger King Hunstville cards a few times each but....Cliff F'n Floyd from 1994 Ted Williams....again! Is this someone telling me I need to start a Cliff Floyd 1994 Ted Williams card collection? If so, sorry, I have my one card collection - 1991-92 Pro Set Ed Belfour (card #43) which I believe I have 43 of.
Posted by CrazieJoe at 8:00 AM