They Arnott all winners

The card tie in to the title is below, but it also ties in to the Olympics and the last day or two for Canada. It was tough seeing Rachel Homan and the Canadian women's curling team struggle this week, then Kevin Koe and the men's team lost to the US while earlier in the day the Canadian Women's hockey team lost in a shootout to the US.

They cannot all be winners on a given day. Sure, there will be great moments from the Games like Virtue and Moir winning gold in likely their last competition before retirement from the sport, and as always there are disappointments, but there is one positive to keep in mind.

Because in Canada - we don't raise the bar.....we are the bar! (full credit to Cesaro and Sheamus)

It matters because it isn't the status quo of Canadian domination in these sports. As a Canadian, I would love it to continue on and on as is, but like it or not, especially in Curling, many countries are putting the resources into the sports which, if nothing else, makes for greater competition and a more spectacular game to watch. There is an upside in the grand scheme of things. As a Canadian, a tough pill to swallow - the individual losses - but at least there is a tiny bit of solace in the fact that, being a great nation in these sports, has driven others to become better.

Canada isn't the only example either, look at the US and basketball at the Summer Olympics.

PS - I have not watched the Canada Germany semi yet (the live broadcast is ongoing as I post this), which may add to the case above (hopefully not though).

Anyway, on to some cards. 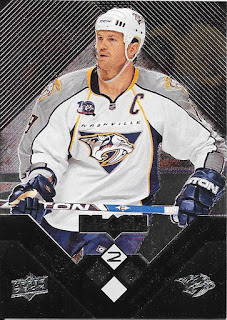 Arnott all winners...but this one is. Another day without a big winner out of the Santa Lot, so like earlier this week, I will default to a nice 2 Diamond Black Diamond card. 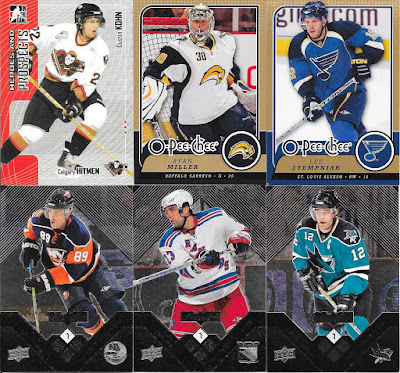 The Calgary Hitmen. I will always remember them for the early ownership by Bret Hart and a number of other investors. I believe around 1997-98, they sold to similar ownership of the Calgary Flames, or something of that nature. Not sure how appropriate a team name it is anymore, but it does stand out. 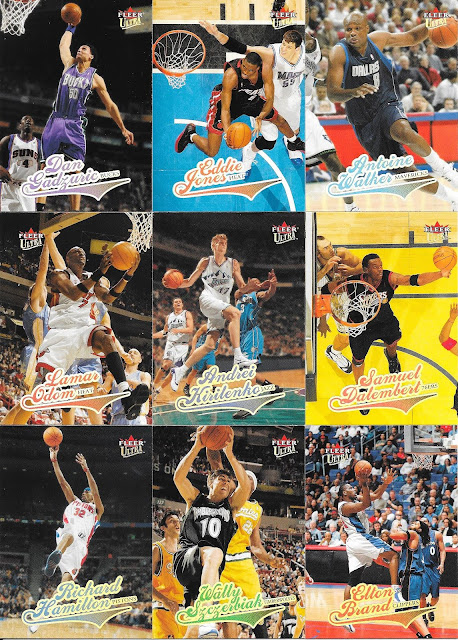 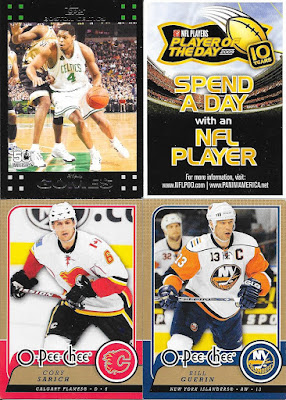 The bunch of 2004-05 Ultra cards include a few new ones which keep bringing that set closer and closer to completion - at least for the true base set.