Just like last weekend - I'll go through one side of the 80 card baseball pack today, the other side tomorrow (today will be the left side if you care to know). 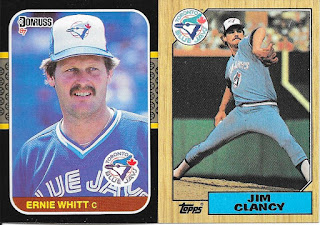 For 40 cards, not too bad on the Jays content - two cards, even though they are both 1987, still alright. 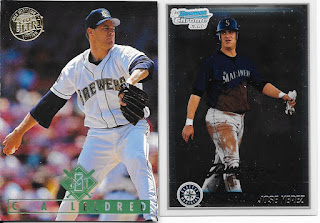 Not bad on the inserts with the first Gold Medallion Ultra baseball card I have from 1995, and an extremely arced bowman. I presume it is because it is a Chrome card, but put on the deck, the card is a good half inch off the deck in the middle. 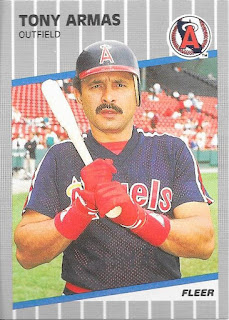 Also an uncorrected error card that I didn't have - so 5 out of 40 for the specific collections is pretty good.

Did really well on the keepers as well today... 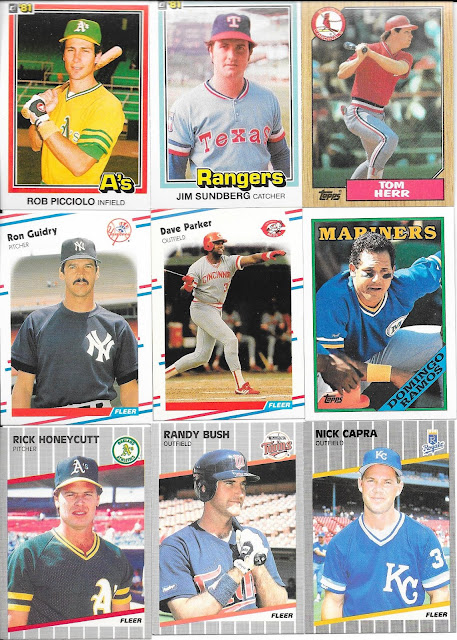 Can't complain about a couple 1981 Donruss cards coming up - anything pre-1985 is a good pick up out of these. Also very nice to have picked up one of my 1987 needs here too. 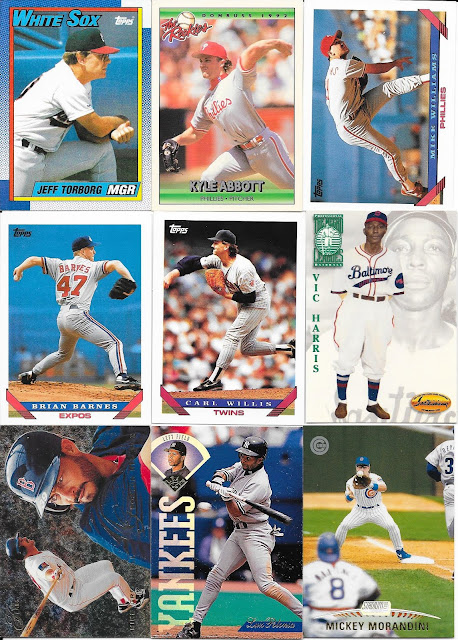 Hey, a Ted Williams set card that isn't Cliff Floyd - sweet! The Greenwell Flair card is the first I have picked up from that set - different, and would like to see a couple of the Jays cards from the set in hand. Also nice Stadium Club Morandini being Stadium Club like only Stadium Club can. 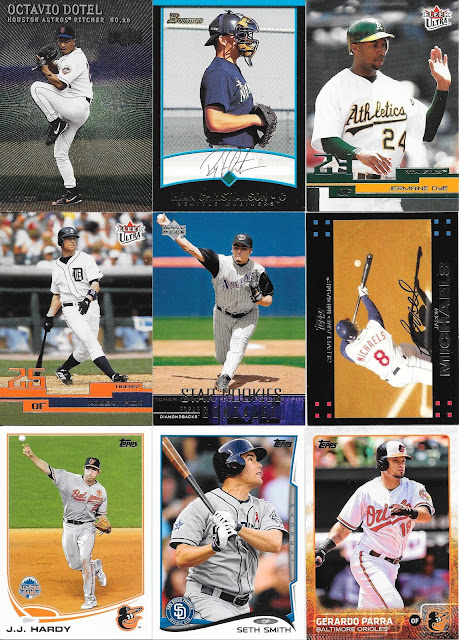 Octavio's Metal is a decent scan for a Metal card, and the first from that set I have too. A nice 40 cards to have so many new to me sets come up.

Also a good group since there are not many dupes... 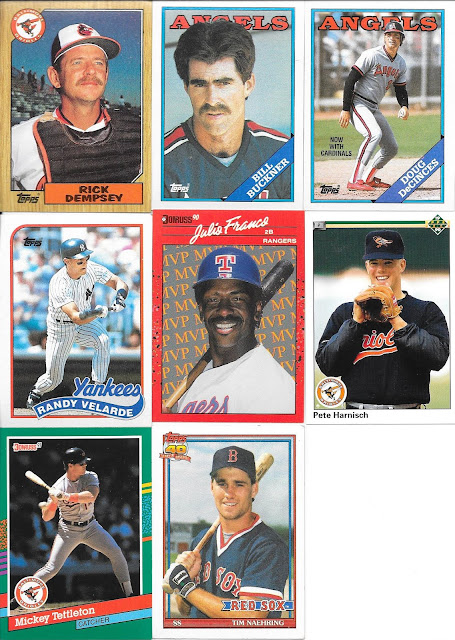 Definitely a good 40, have to see if tomorrow will be better or not.
Posted by CrazieJoe at 8:00 AM