So today's bunch of Topps Gold includes some of the Black Gold inserts. 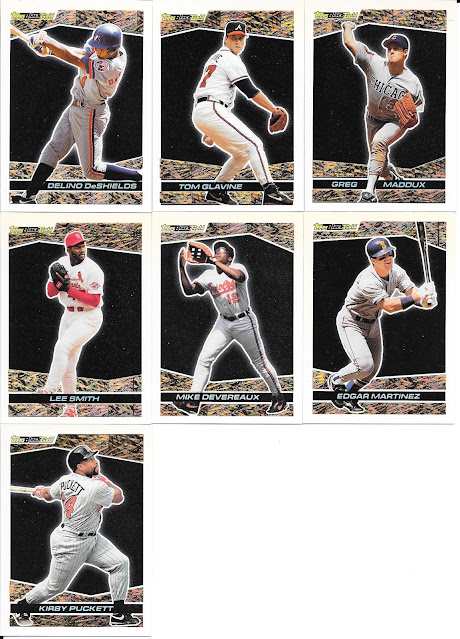 Would have rather they keep the background than black it out like they have on these cards, but it does make them stand out a bit more compared to the regular base cards. Players are all solid contenders for any insert set - and always nice to see Kirby! 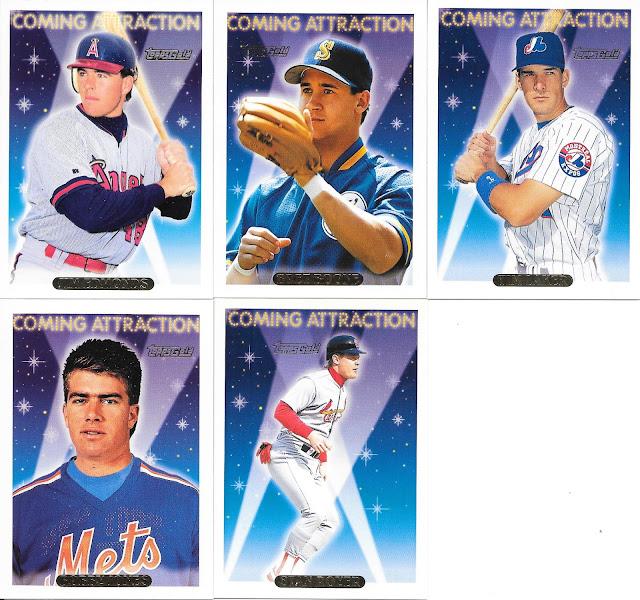 As far as coming attractions, I'd take Jim Edmonds from the bunch personally 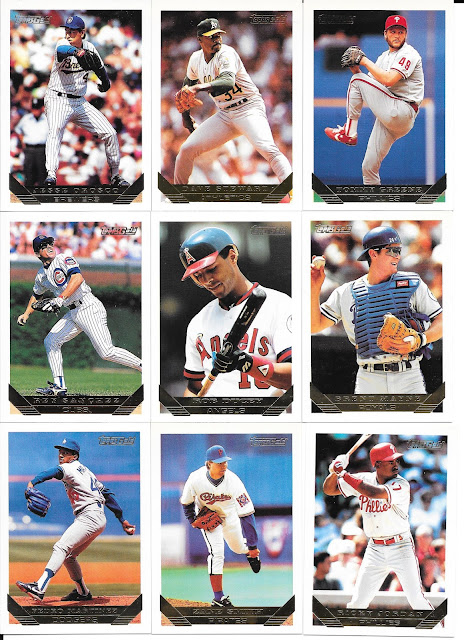 I swear, those late 80s and early 90s A's had some intimidating figures on the mound. Dave Steward and Eck were ones I always loooked at and thought it must be hard to be standing at the plate staring back at them. Well, and Pedro's there too - we know he can be a handful to deal with as well. 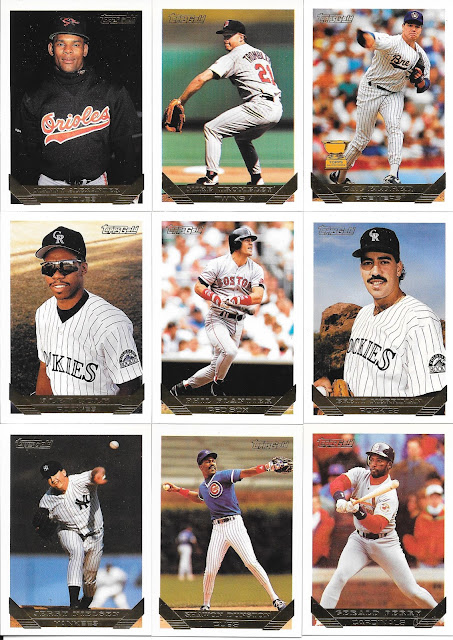 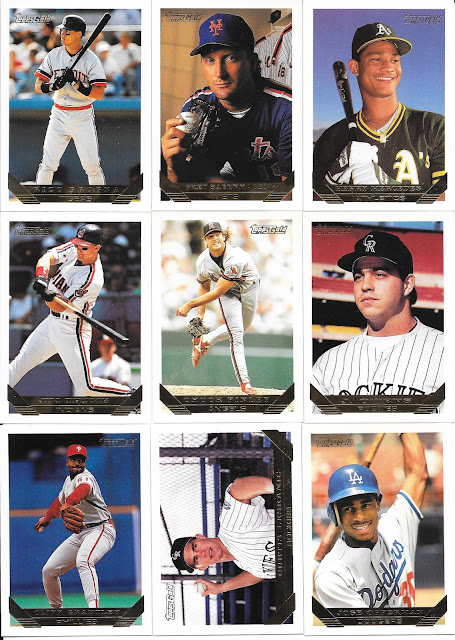 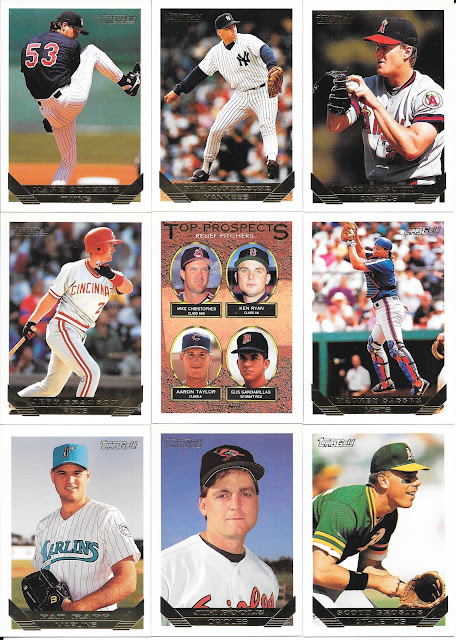 We then finish up with an arbitrary Jay addition... 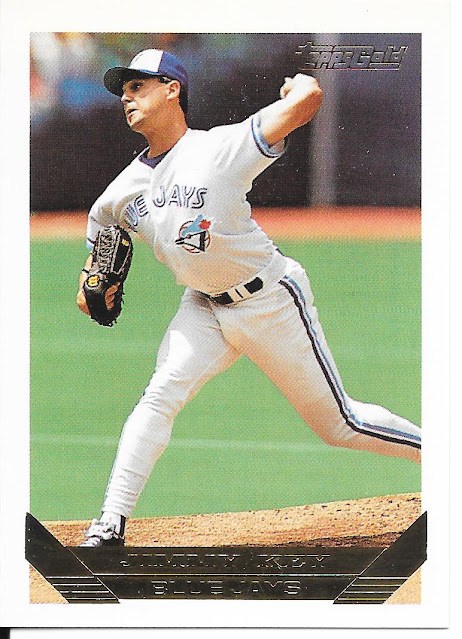 A single dupe - I like the lack of dupes on cards I am actually wanting and keeping - solid! 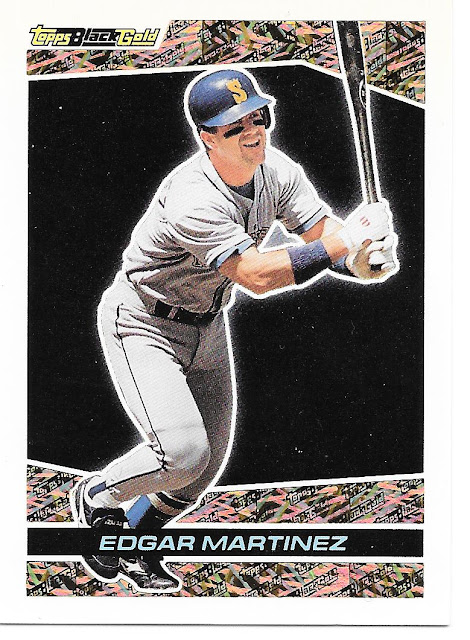 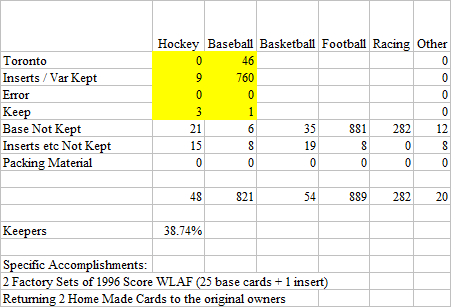 A nice turn around from the football start in January. Much more useful bunch these last few weeks.
Posted by CrazieJoe at 8:00 AM