One To Not Remember 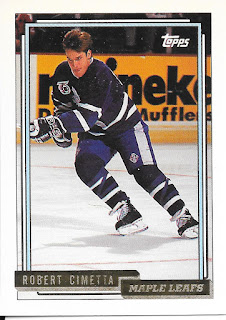 Checking memory banks for Cimetta....and I got nothing. I had to look him up as the name meant nothing to me, but apparently this card summarizes his whole NHL career, because his last NHL games were in 1991-92. He had the two partial seasons in Toronto after a couple partial seasons with Boston.
An interesting caliber of player as he seemed too good for the minors, leading the OHL in goals with 55 in 58 gamers in 1988-89, but not able to produce in the NHL, mustering 32 points in 103 games. Looking at his minor league stats, he was great, it just didn't translate when he made it to the bigs.
Unfortunately, a patter that happens more than we probably realize, and you can probably think of similar such players - great prospects, great minor league goes, but just not translating in the big leagues. 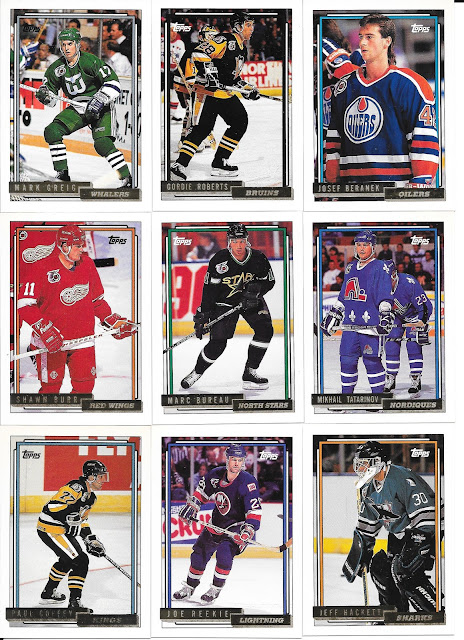 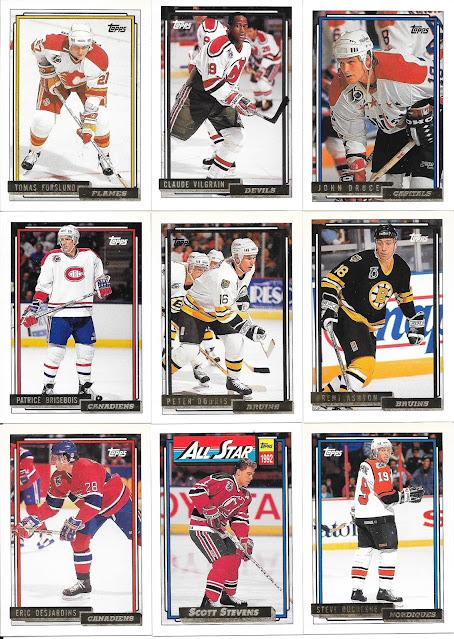 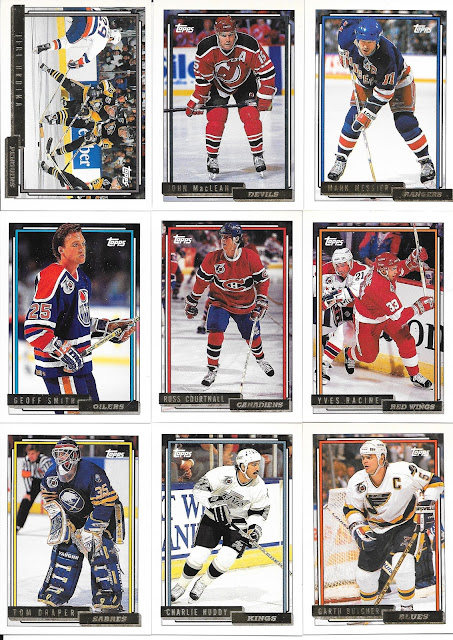 Hey hey! Quick pit stop to say hi to Mark Messier - a guy I wouldn't have been surprised to see MIA, but here he is! 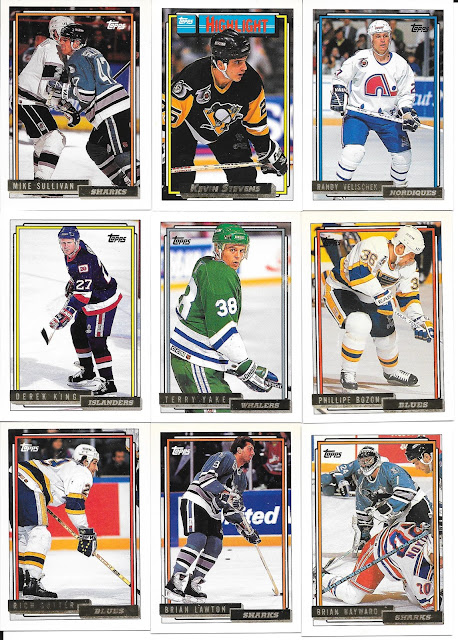 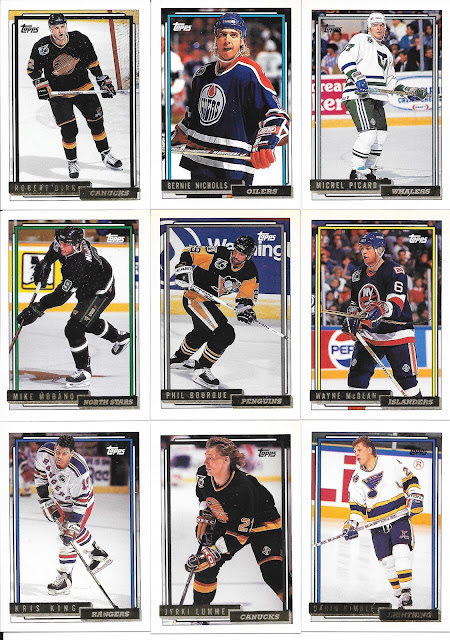 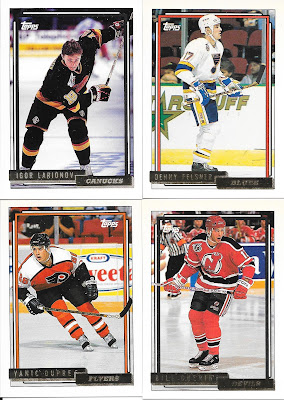 With this, we have the final cards that came from the binder, of gold parallel hockey. Final tally is 361 of 529 cards or just short of 70%. Definitely on the radar as something to work on finishing later! 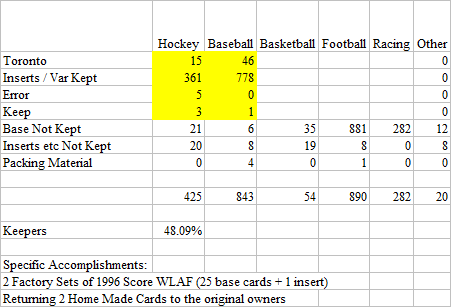