A different set to highlight today, but sticking with basketball.

Not ever following basketball cards much, it took me a few minutes to figure out what this set was. Partially because the first card I was trying to look up was an insert with no back info. 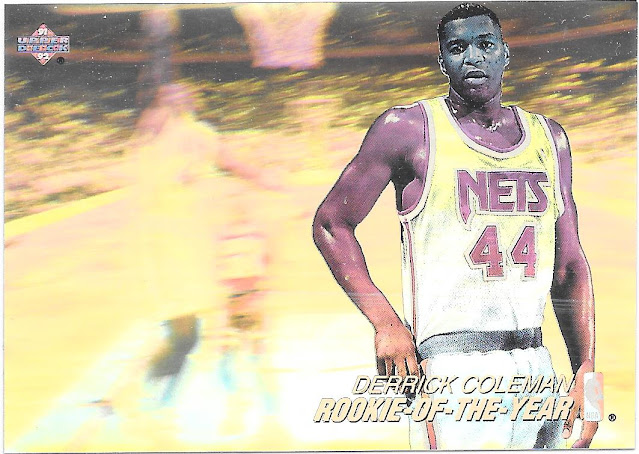 I figured it was 1991-92 Upper Deck from the logo, but it wasn't until getting to the base cards that I was able to figure it out. 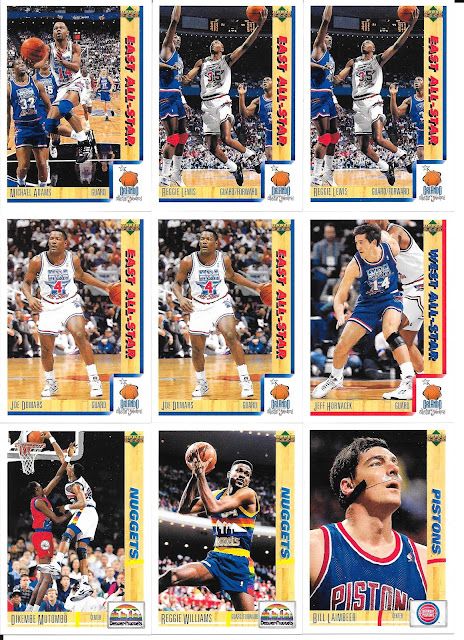 The fronts are very early 90s Upper Deck, but the backs... 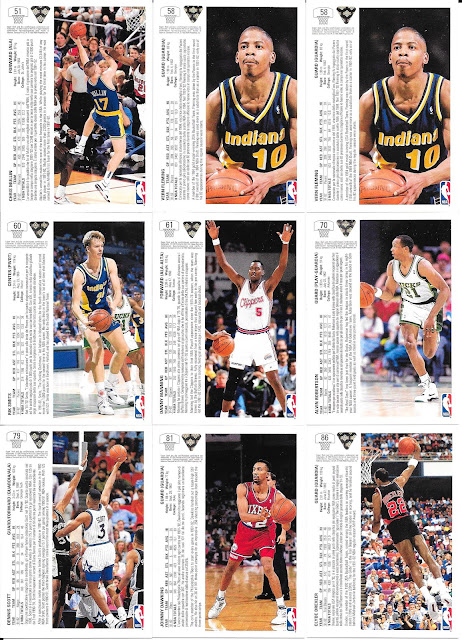 The main language isn't actually English, but looks to be Italian. The set is 1991-92 Upper Deck International Italian (there was also a Spanish release). To be honest, I have matched up a couple cards, but am assuming these are all Italian language - maybe at the end I'll look at the backs and compare languages to see if there are any differences,. At least there is just the two languages. 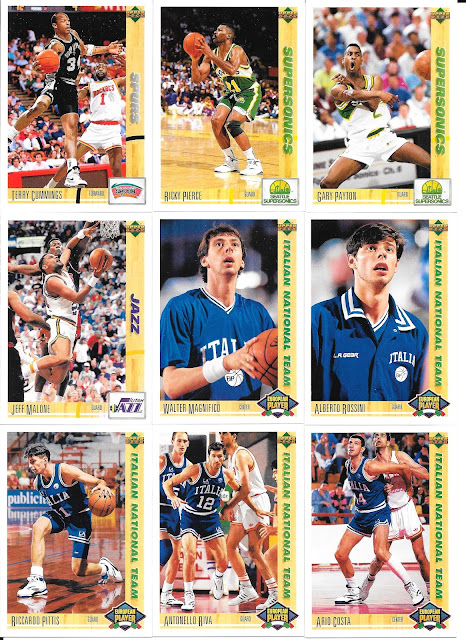 The set itself is only 200 cards and has Italian national team players... 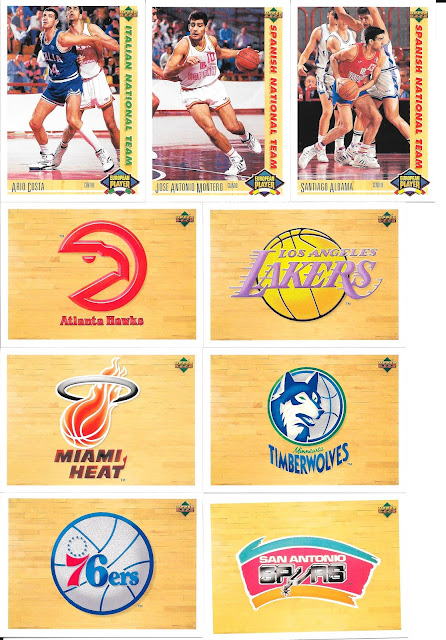 as well as Spanish national team players, and a nice set of NBA logo cards with a quick history write up on the back, 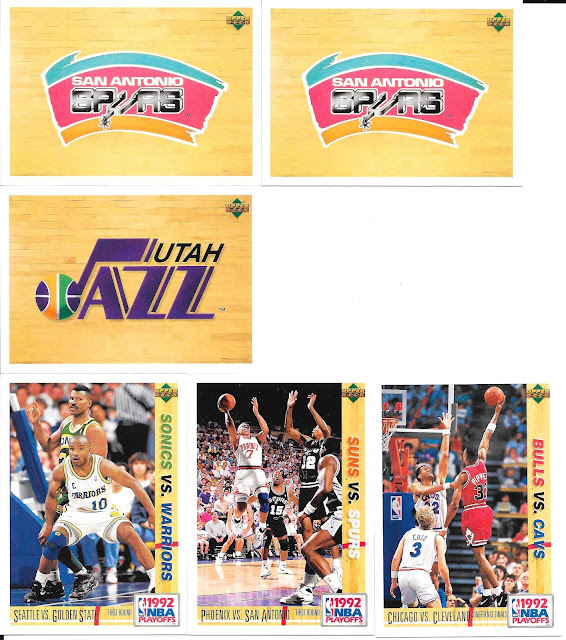 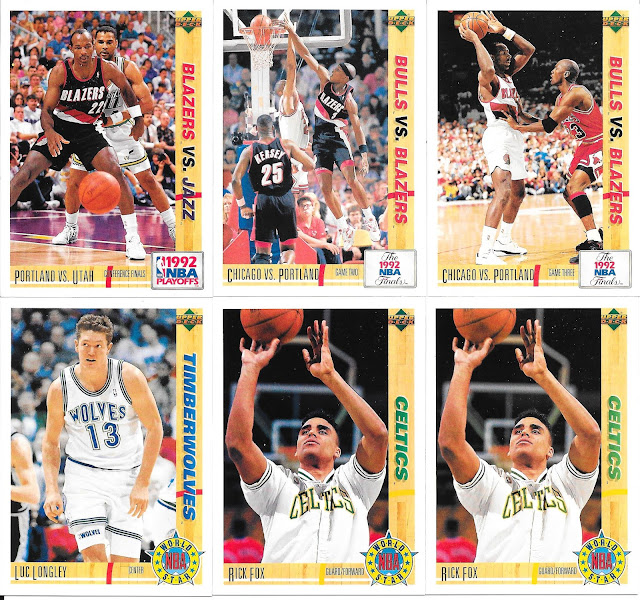 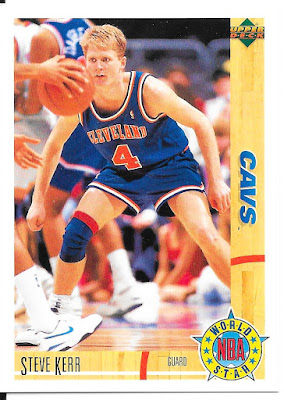 A decent showing of World Stars around the end of the base set, including solid player, and honestly, even better coach, Steve Kerr.