Phew! We get back on track with the cards from the lot today... 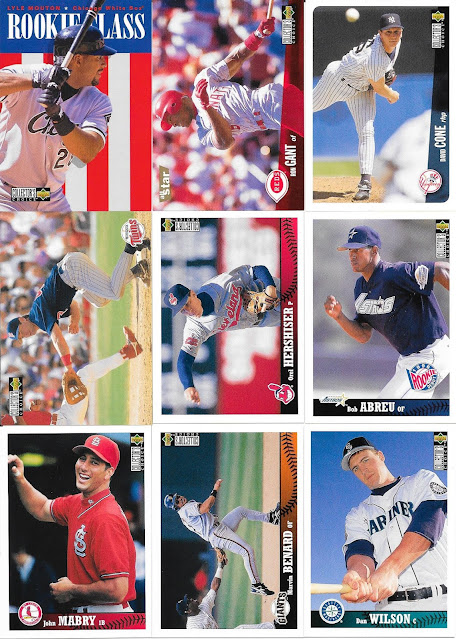 Keepers from mid-90s Collector's Choice sets which I started collecting because of how much they were showing up in this lot. A decent enough design, and I don't have many sets 1996-2002 that I am really working on because of how little I generally have in those years, so solid adds here. 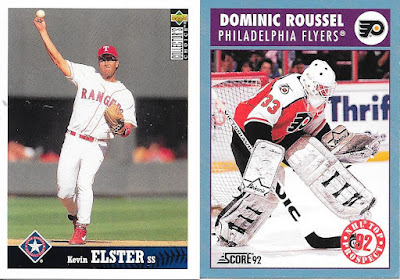 Even get a single addition for 1992-93 Score Canadian hockey as well.
I thought I may luck out a bit better on the McD cards today, but just these two additions... 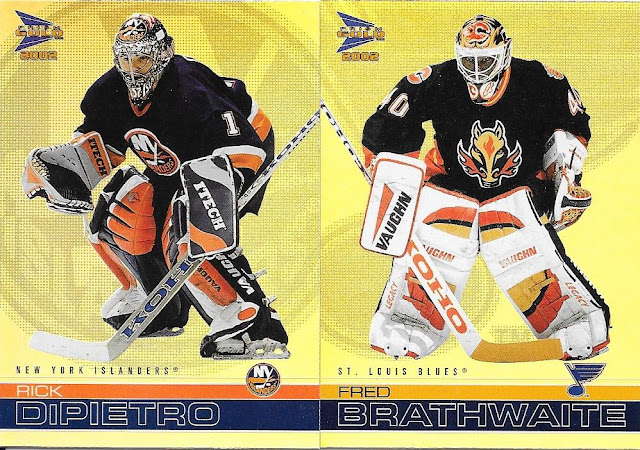 A bunch more as you will see below, but these do scan very nicely. 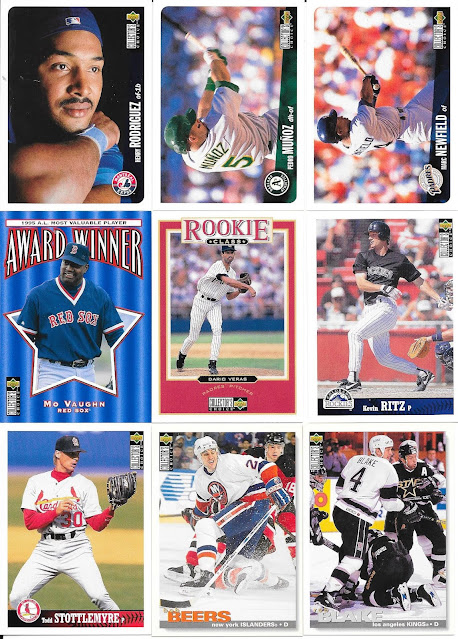 No Leaf cards, but some mid-90s Collector's Choice hockey I am not collecting. 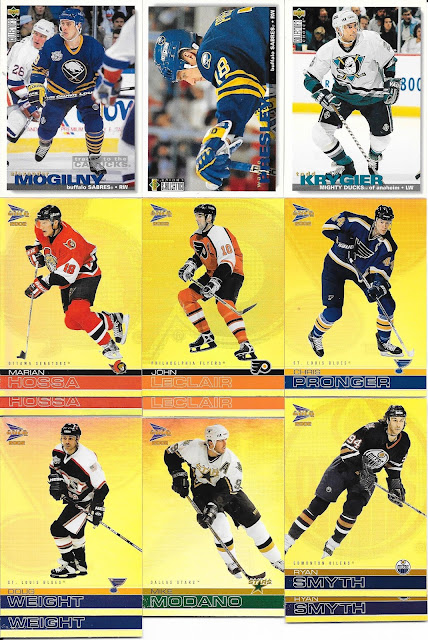 McD dupes as I noted, ones that just don't help my cause. 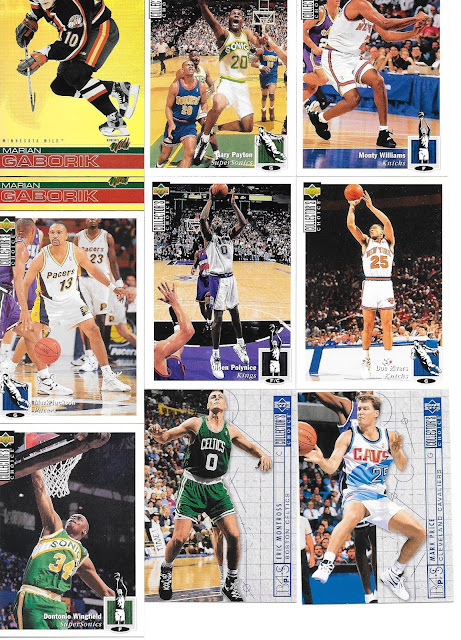 Lol - okay, didn't notice until I was about to post this, that I may have possibly decapitated that top row...oops! No worries, the cards were not harmed in the making of this scan, and are in fact intact. 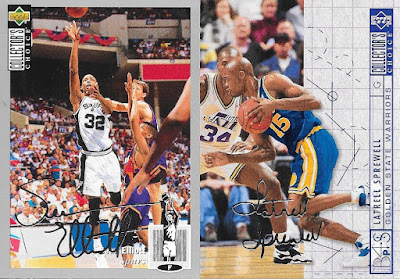 If I am not mistaken, haven't seen much of these silver script parallels, but get a couple here. Though, I could have missed them as, like the electric court parallels, unless I am paying full attention to the basketball cards, and with sorting through them, I may miss these little difference.

Definitely a better bunch than the last few days! 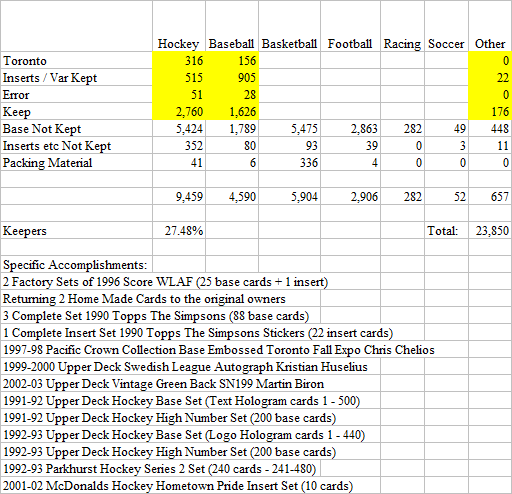