Well, when the cards I pull out of the lot are cards we have generally seen, and cards I don't collect - it does lose a little of my ninterest, but let's see if there's anyone of note here... 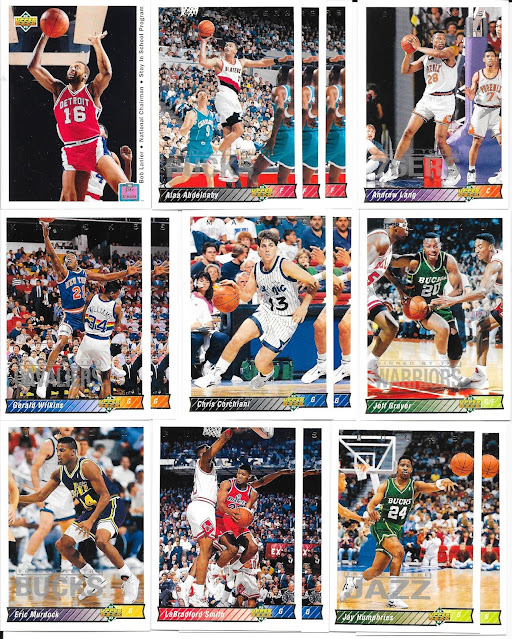 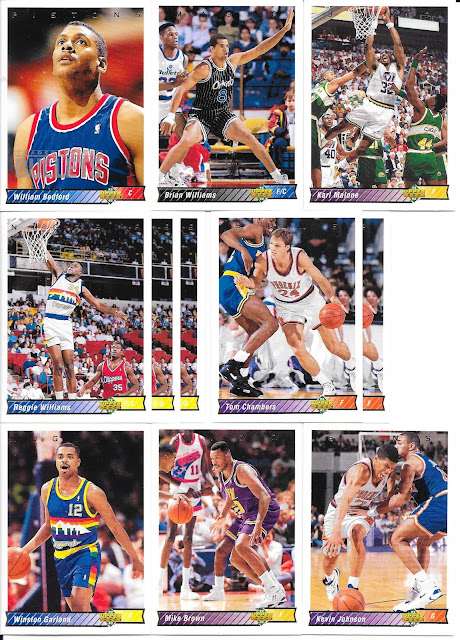 Alright - we have a Karl Malone sighting. That's not too shabby. Larry Johnson's another decent one too. 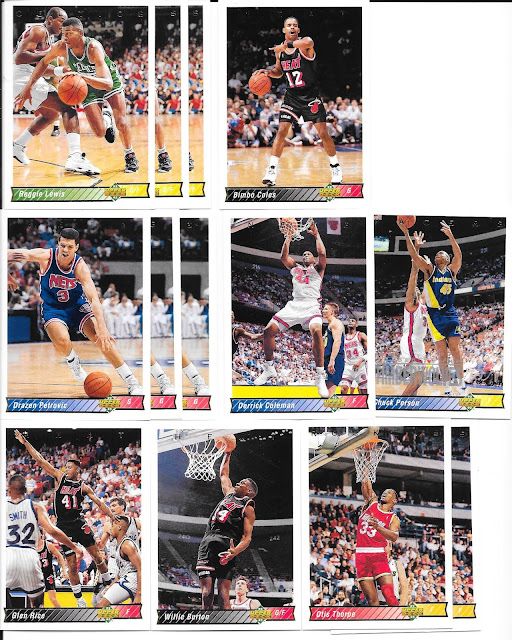 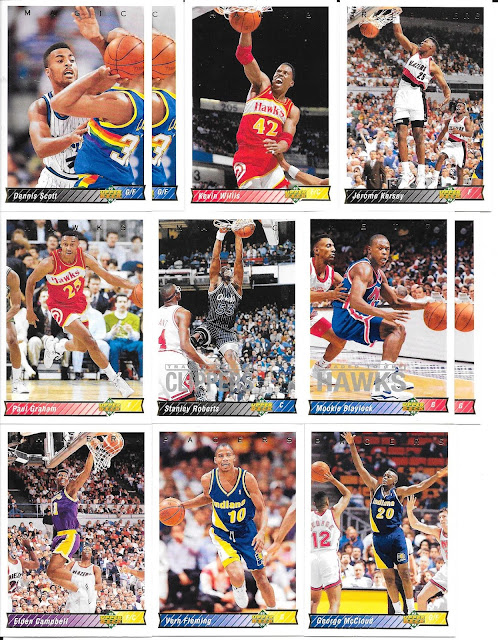 So yeah, that's about it. As I have said before, it is a good looking set as Upper Deck was doing a great design job in the early 90s across all their sets, designs that still hold up well today.

Maybe something more up my alley tomorrow as we get down to maybe about 1,000 cards left or so in this lot. 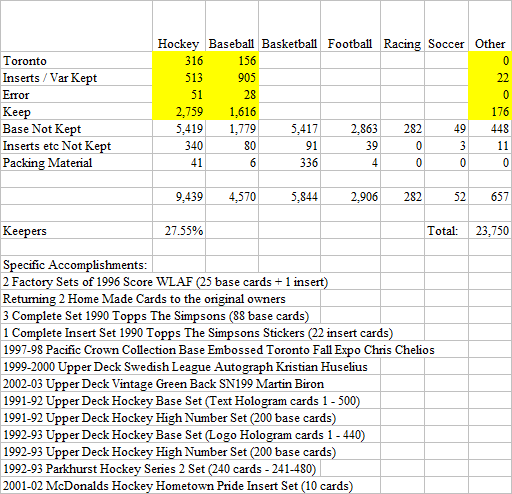 Let's end with something a bit more up my alley with a trade coming in from alburke111 who was looking for a first trade partner on the site, so he sent these across first and I just sent cards back in exchange. 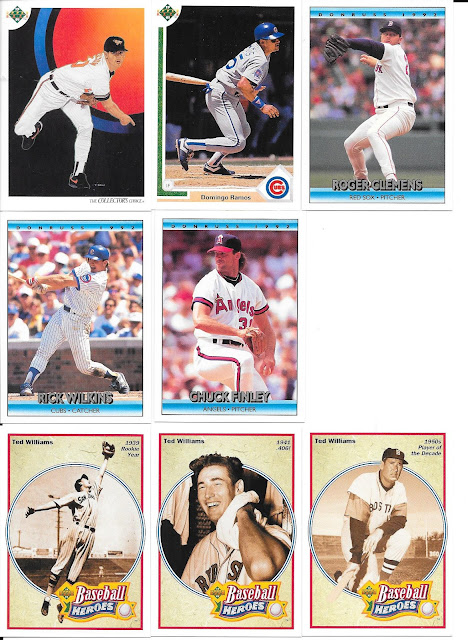 The first bunch are some base baseball cards from a couple sets doing some slow growth, and just because I like the Baseball Heroes inserts, three of Ted Williams which are pretty darn nice.

Last up, a trio of Jays which weren't the dot no dot INC versions they were necessarily supposed to be, but that's alright, still happy to pick them up. I didn't bother asking or checking because it wasn't really a big deal to me. If it was important, would have been on me for not checking.
Appreciate the trade, and happy to be your first on the site!
Posted by CrazieJoe at 8:00 AM