I enjoy non-major releases - not necessarily oddball to the point of police department or candy related sets, but even the slightly off like Fleer's Baseballs Best sets... 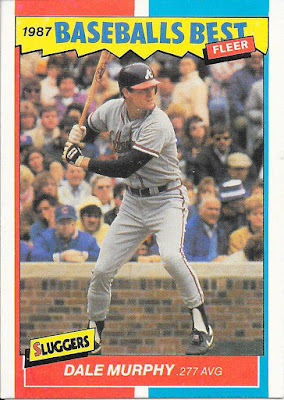 I only have one other from this 44 card set so nowhere near one I plan or expect to complete. I thought at first that the border with the big red and blue strips was standard for the set, but on review, apparently not thankfully. A little much, but with different borders on the cards not sure if it would have been better if it was just left as a white border. 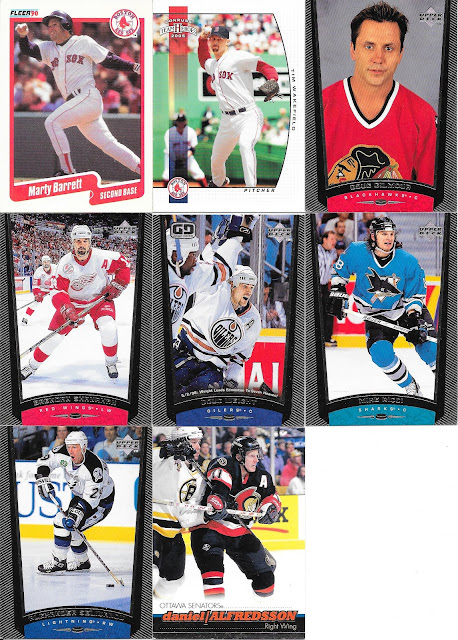 The 1999 Upper Deck hockey cards are nice, and like the posed Gilmour photo. Would have liked it if he was still a Leaf, instead of a dreaded Blackhawk (especially after the playoff series in the early 90s against those same Blackhawks). 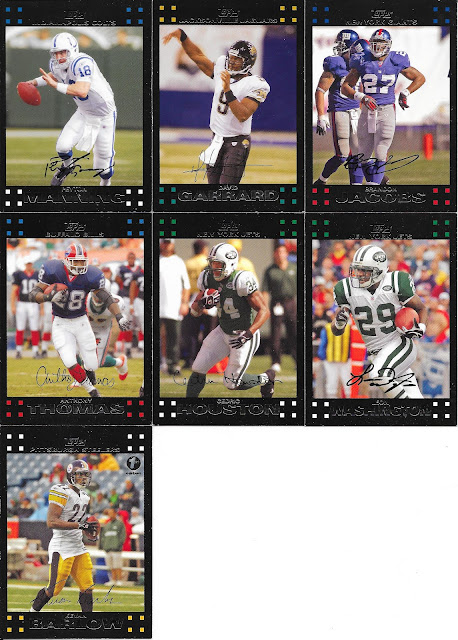 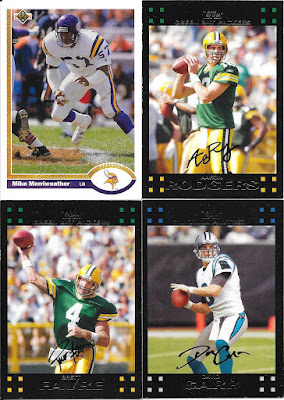 Well...I can't complain about the star power with these cards - Farve, Rogers and Manning...doesn't get much better than that as far as quarterbacks go...