Well, it is technically the last day of busy season since the filing deadline was on the weekend, so Monday becomes the last day. Luckily this year, everything was pretty much done just before the weekend, but there is always the last stragglers to deal with. What better way to end the busy season than with reaching a milestone with Santa Card Lot cards reaching the 2000 mark. Also nice to come out of it are a couple sets that have not yet been seen, so it adds nicely to the variety!

But first, speaking of variety, a quick Listia pick up...

The obvious reason I picked this up is the last card artifact. That said, the middle card is a decent land, even if they are common cards. 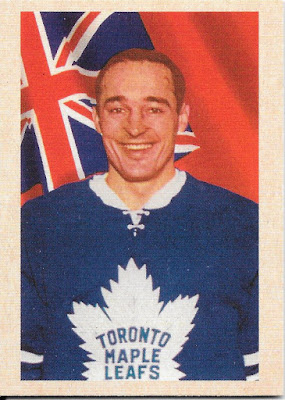 Absolutely a proper 2001-02 Parkhurst Reprint of a Frank Mahovlich card - but still counts! Since it is part of an actual release, it is a keeper, as opposed to the Bobby Orr "reprint". Since I will likely not have the original at any point, this is a good second best! 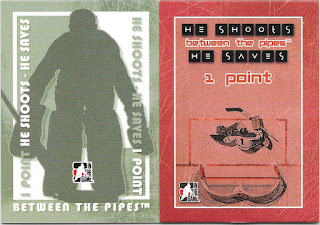 Yeah - have to have a lowlight here, and getting two of these doesn't help the picks today. If nothing else, I can use them to help package cards I send out... 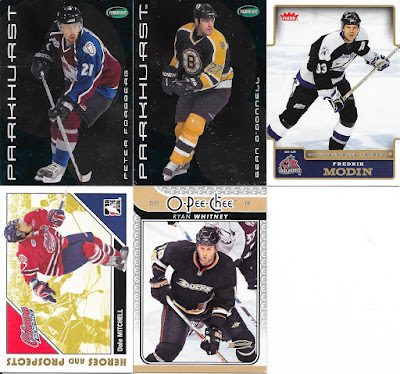 I really don't like the font used on the 2001-02 Parkhurst hockey cards, but still like getting a different set represented. 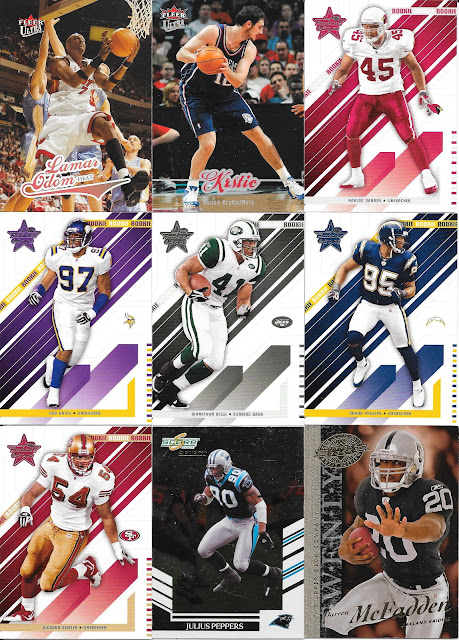 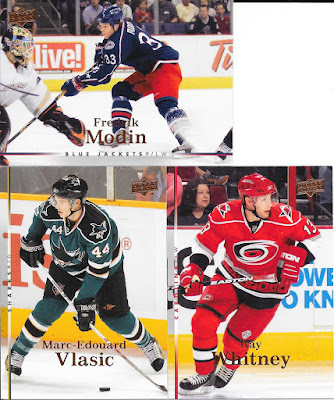 Plenty of 2004 Donruss Rookies and Stars - not sure if any have come up before, but I don't think for this year so again - another set represented. Also, the McFadden card which is heavily foiled and doesn't scan too well is from an insert set, so can't complain there either.

I don't know about you, but I am looking forward to May and the fact it is the longest possible time from the next busy season!