Foil Icons and some Alomars

Posting on the run today, so it'll be a quick 20 today and a couple quick Listia pick ups. 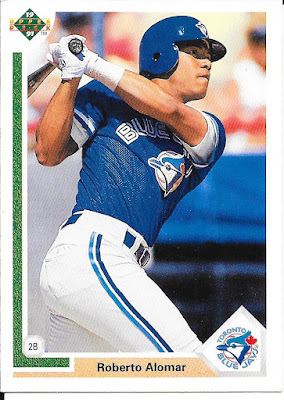 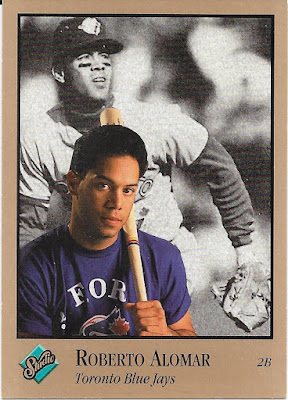 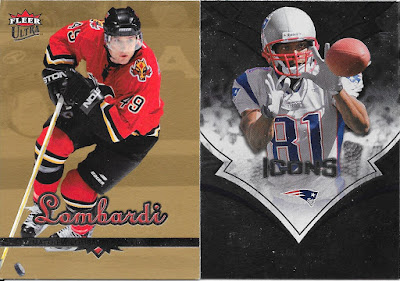 Since I don't know the football sets too well, had to take a good look to figure out this was a foil parallel. Not a bad look, but the scan isn't great. Can't argue with the calibre player with Randy Moss - though if I ever followed a football team, it was the Buffalo Bills, so not a Patriot's fan at all. 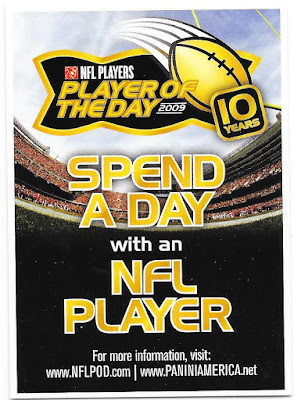 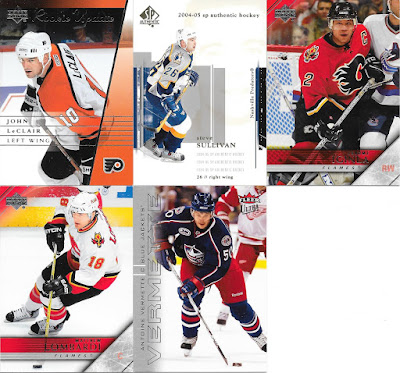 I like the design of the 2009-2010 Ultra with the name down the left side and as usual decent action shot. 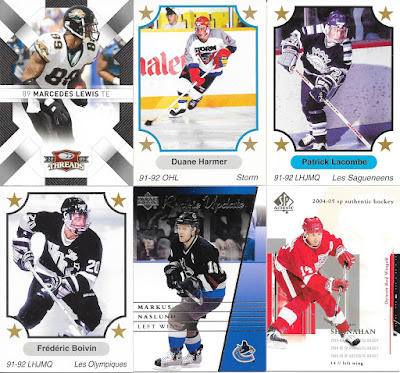 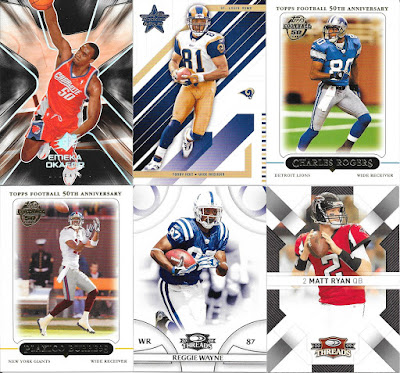 Never bothered getting into the 1991-92 7th Inning Jr hockey sets, but have a fair number of these cards if anyone is interested. As much as foil stamping on cards can make them much more difficult to read - the 50th anniversary Topps football stamp is understandable and nicely designed.