Any time I can trade away football cards or basketball cards to Jays/Leafs - I would do it in a heartbeat. I'd probably do it for just any baseball or hockey cards I don't have if it means being able to give people cards that they are looking for. So when I was approached with a good opportunity for trade from Cabz05 on TradingCardDB.com, I jumped at it and came away with the following awesome cards.... 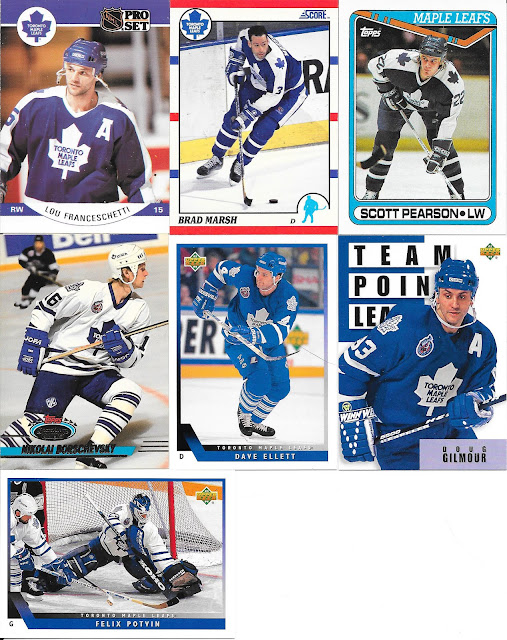 A few Leaf cards including a few from 1993-94 Upper Deck which get me closer to the team set. Design wise, ones like the Gilmour card bother me...the overlapping..."Team Poin Le" for example. 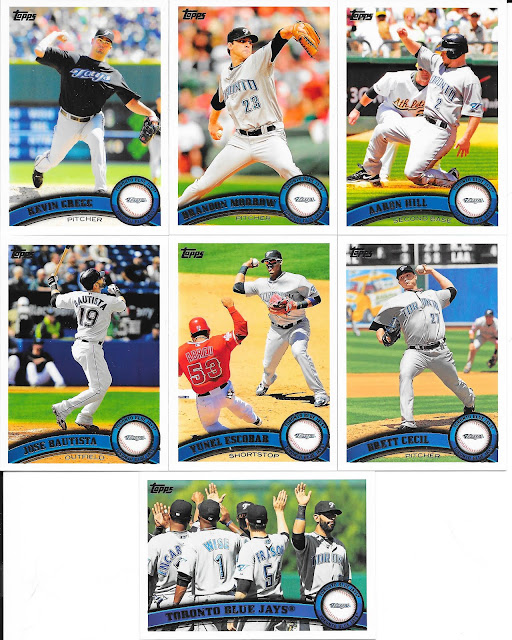 Since I wasn't collecting again in 2011, I only had a couple of the Jays card from the set, so nice to get these additions and I miss Team cards. Those are one of the types of cards in the 80s that I enjoy and am glad are back. 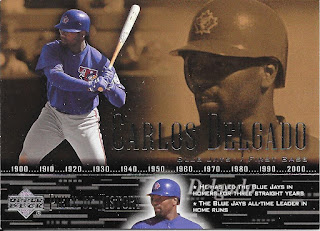 A set from 2002 I wasn't aware of. Once he left Toronto, I didn't follow Carlos that closely, but he did end up with 11 seasons of 30 plus home runs and ended up just short of 500 for his career. It is a shame he did so poorly on the Hall of Fame balloting to be a one-and-done.

Not sure if I'd like the cards better if there wasn't the faux autograph on the design. I get the appeal for some, but I'd rather the clean picture. 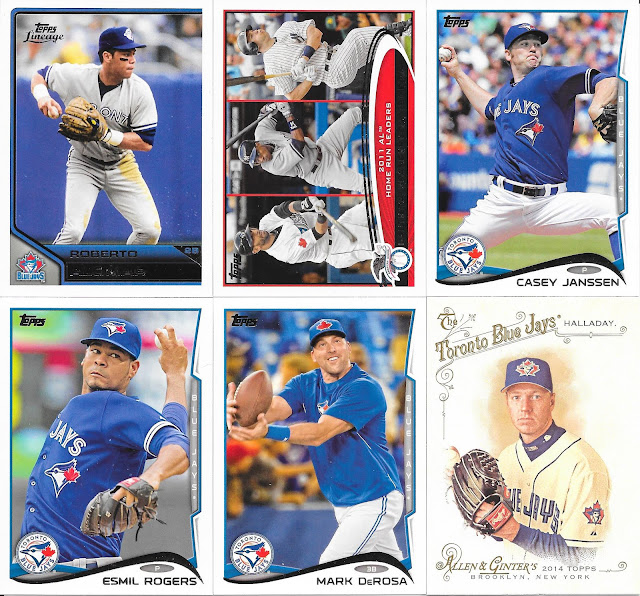 I find the DeRosa card funnier than I ought to. Also, a soft spot for the A&G design - though I don't like the significant amount of non-baseball cards they tend to put into the sets, but the Halladay card is a lot of pretty. That said, two more I like a bit more from this trade... 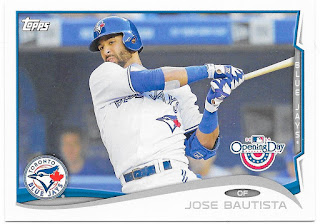 Even if it is just Opening Day, still a nice picture and decent design...but the best card persoanlly... 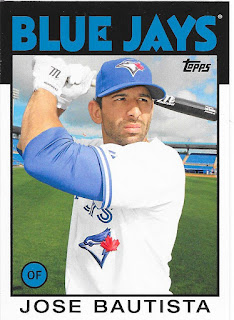 SOme will complain because it is mid 80s design, but man I really love the look of the card and with the blue lettering, and Jose's pose, just so nice a card. Definiteyl the highlight for me.

A great trade, and hope that the cards I sent made cabz05 as happy as these made me.

A separate small trade with coronzco on TCDB with purpose of getting further along with the 1989 Topps set, picking up the following: 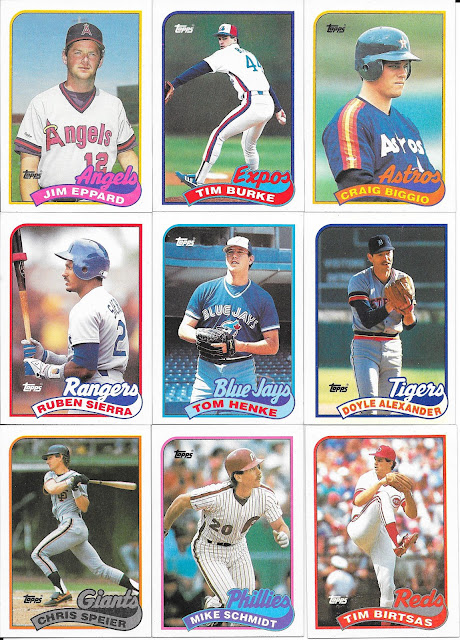 Still a ways to go, but appreciate the offer, trade, and getting that little bit closer.