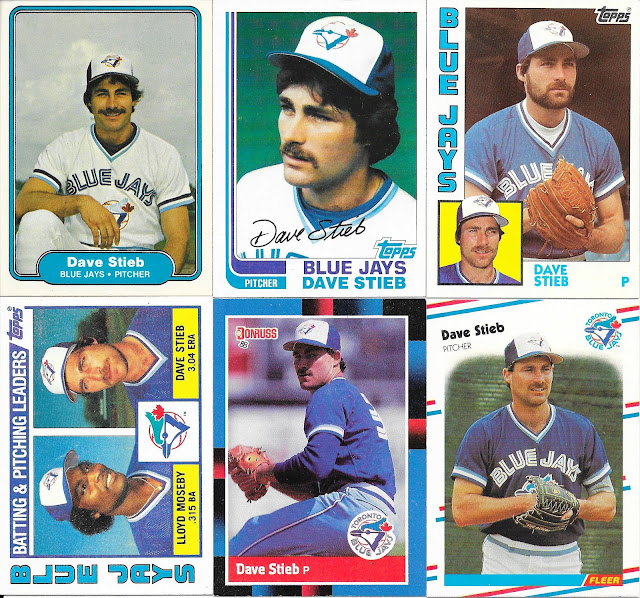 Dave had 6 seasons with more than 15 wins, but never hit the 20 win plateau. 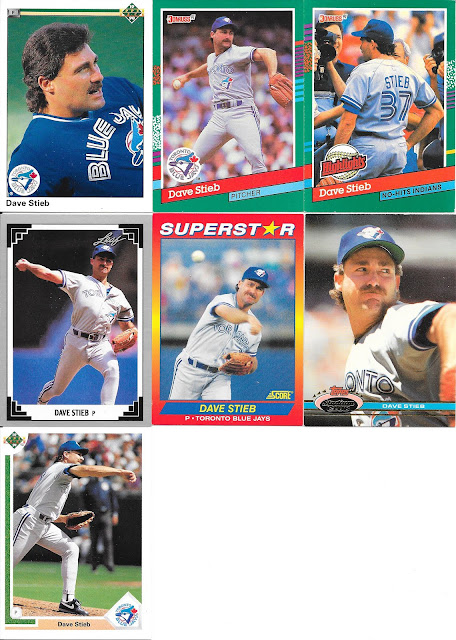 Dave is probably most well known for how much he flirted with a no hitter before actually recording one. One people don't necessarily remember is a no hitter he took into the 9th in 1985, but add to that the back to back starts on September 24 and September 30 where he had a no hitter going that was broken up in the 9th inning with two outs and two strikes in both games as well as the August 4, 1989 perfect game broken up with two outs in the top of the 9th, and you had to feel for him.

Dave was finally able to get his no hitter September 2, 1990 - but interesting to think how much more he would stand out if luck would have been on his side to end up with 2, 3,4 or 5 no hitters. 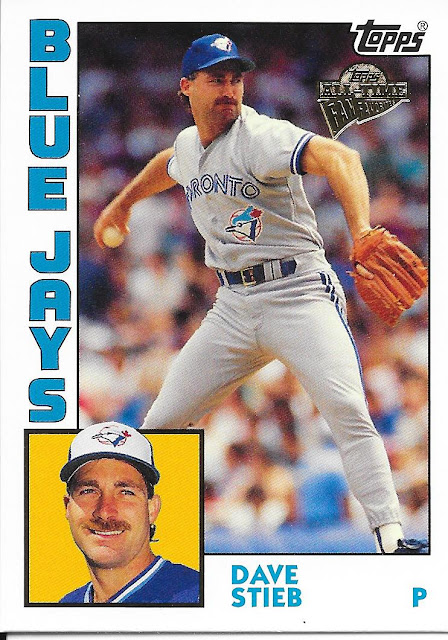 Understandable given his stats, he fell short on the Hall of Fame (getting 1.4% of the votes in his only year on the ballot), but a definite Jays hall of famer.
Posted by CrazieJoe at 8:00 AM