Timing can be everything, and sometimes a trade happens in that time before a set is released, but after photos have been taken and cards are basically set, leaving manufacturers with a conundrum of what to do. Well, O Pee Chee, in a couple examples below decided the best solution was to slp the new team name in the design, and have the picture include the player in the old uniform. Makes for a different look to the card overall, but I think I like it better than trying to touch up the photos - though that is likely easier for baseball than hockey.

Case and point of the above is the Redden card. 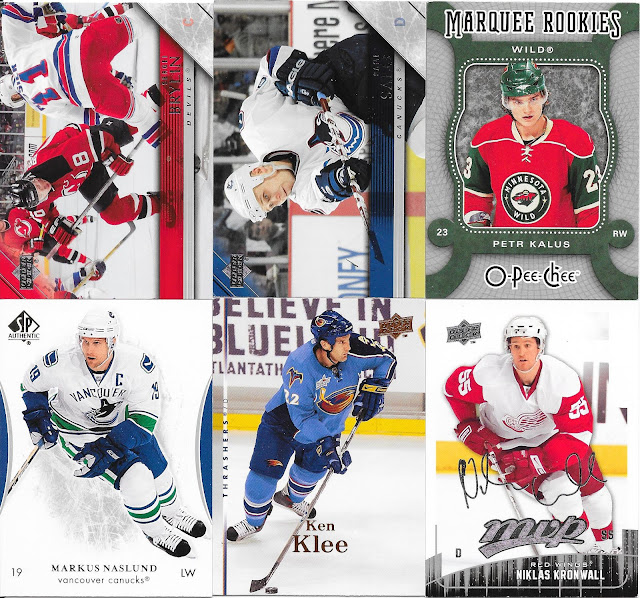 I really dislike the Thrashers uniform shown so nicely on the Klee card - there have been some down right ugly uniforms, especially over the last 15-20 years or so. 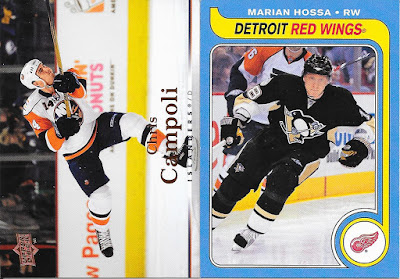 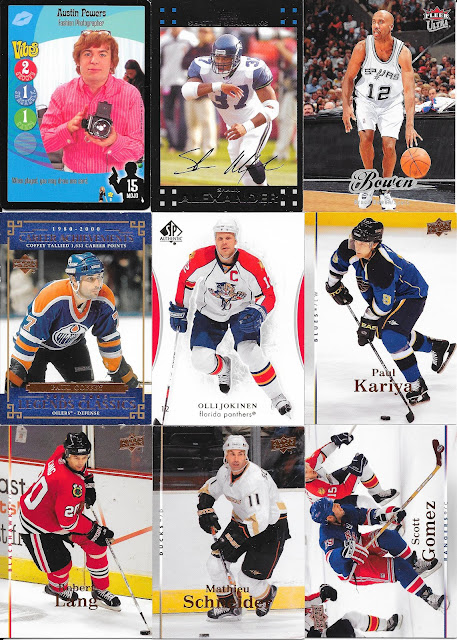 Hossa is the second O Pee Chee example - it looks funny, the contrast between the Red Wings colours compared to the Pittsburgh uniform.