The might duck movies (especially the first back in 1992, as is typical, but not always the case where sequels are involved) were great. Early on, probably the best thing to come out of the expansion to Anaheim for the NHL. It also appropriately brought us the name Goldberg (as in, the goalie) well before the name became popular in wrestling. 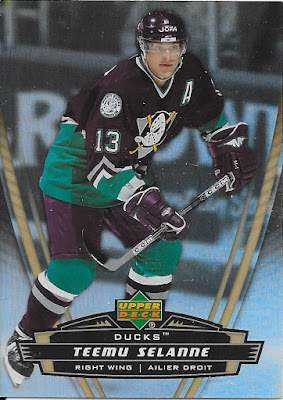 Teemu may have spent a few years in Winnipeg to start his career - but between the two tenures and 15 years in Anaheim, that will always be the team I associate him with. In the mid 90s, it is also when Teemu became synonymous with the Mighty Ducks. 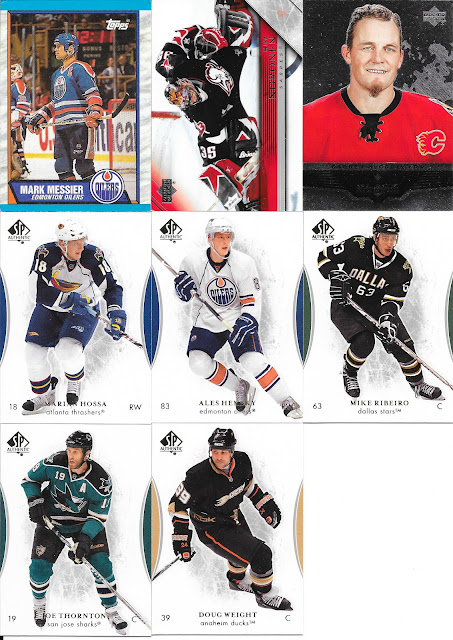 The a number of needed 2007-08 SP Authentic cards, I like the late 80s Messier, but really question what the background is of the McCarthy 2005-06 Upper Deck Black Diamond card...not sue there really was anything behind him... 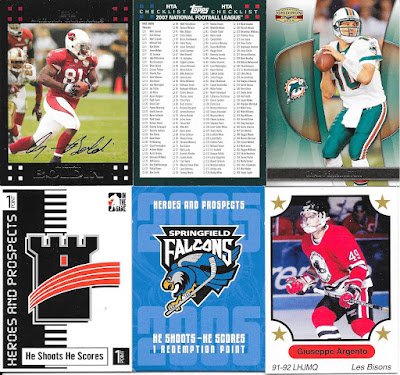 With all of the episodes of the Simpsons I watched - never caught on that the Springfield team was referred to as the Falcons, and I know it isn't possible there would be a different Springfield at all...so disillusioned...