Okay, so this is purely coming from a point of a jealous Canadian. I just got back from a family trip across the border - we went to Rochester and spent two days with the kids at the Strong, and then went to the Buffalo Zoo (side note - I recommend both for anyone with kids aged 3-10 - we spent 2 full days at the Strong Museum, and the kids could have gone for more and the Buffalo Zoo is nice and easy to complete in a day), doing a bit - very little bit - of shopping on the way before heading home. Obviously no offense being given in this list, but some things I just wish we had in Canada.

I miss Target in Canada. In the US, there was selection at both Walmart as well as Target. It may not be "competition" between the two, but it does provide more variety. In Canada, there is Walmart and that is it. I am not sure if other such stores sell cards (if you know of others - let me know in the comments below).

In Canada, Walmart generally has some hockey and baseball (a bit) and the odd football product. Typically just the licensed manufacturer and sets or boxes or blasters and retail packs. The odd time, a hockey repack (one of those 16 packs for $25CDN. Just recently I first saw a baseball 8 packs, a hanger pack and I believe a hit, all for $25CDN (I also only saw one of these for baseball - the hockey version is out now and then).

In the US - there were all the major sports as well as racing and wrestling. Target even had some golf cards! I knew that, going to the states, I would pick up a couple Fairfield products at Target. I always enjoyed the 10 packs and since I don't get these at all in Canada, knew I'd pick up a couple baseball (since I do get some hockey choices in Canada). With that in mind, I picked up these: 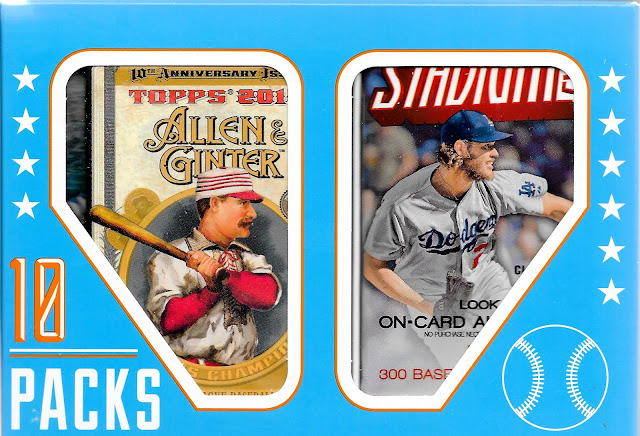 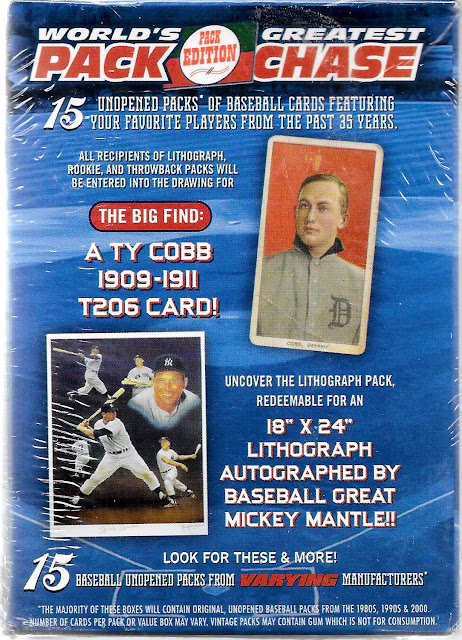 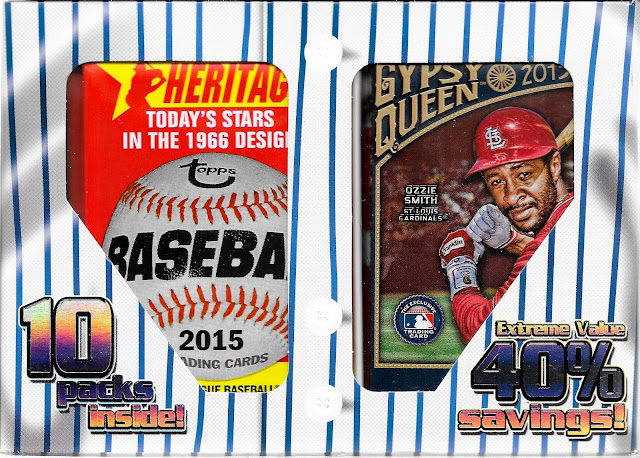 I am a sucker for the World Chase boxes and was giddy to see one, and picked it up. $20US is more than I would want to pay otherwise, but they are just so darn fun. One of the most fun I had was picking up 7 of these boxes of the 2010 variety for $7 each and working through them. Fun old junk wax.

As for the packs showing - I believe all 4 are ones I need in unopened form, but I will review when I get the box break done for each.

Unfortunately, these will become birthday and Christmas presents from my wife or kids or something, so no opening them yet...though my birthday is in the month, and Christmas isn't too far.

Canadian Dollar Trees suck - no cards at all that I have ever seen. I heard there were card options in the US, so took a peek. We ended up getting to a couple different ones, the first having better selection than the latter. At the first, the options included; 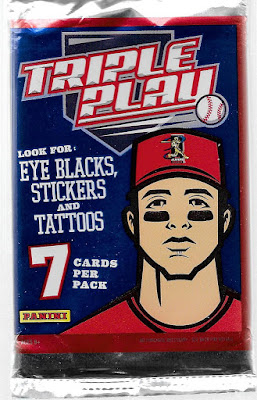 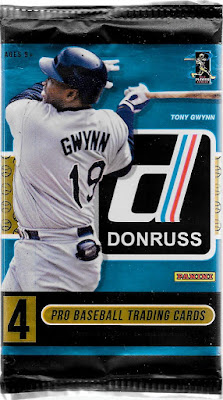 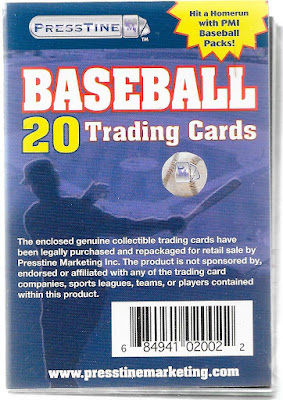 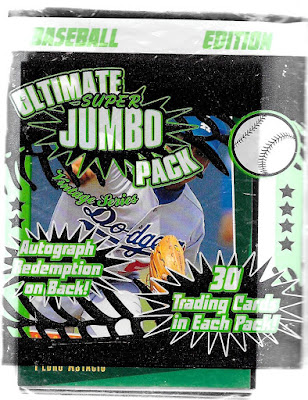 I believe both packs are needs for me - but will have to double check, and if so - you won't be seeing the contents, and neither will I. As for the repacks - I only picked up one of the baseball Jumbo packs, but should have got more since they were not at the second Dollar Tree. I picked up the two PressTine packs that showed Blue Jay cards on the other side - you will see those when I get the chance to open them. We do have PressTine in our Dollarama stores, but only for hockey and you get 15 cards for $1 CDN versus the 20 cards for $1 US.

The second Dollar Tree had a couple more PressTine packs I picked up, some Mixed SPort Jumbo packs I passed on, and some of these, of which I picked up one: 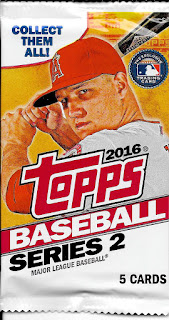 A pack I know I don't have and can add to the collection!

All things I just don't see in Canada....I should have dropped another $100 - would have given material for a year for this blog! Oh yeah, and some neat cards and packs to open...

I am not a religious person, but this felt a bit like a Pilgrimage. A couple years ago when the dollar was better and we went to the US, I dropped a couple hundred dollars on a package of stuff I picked up from their office which included the 2010 World Chase boxes I mentioned earlier. I had to go and check out the 40,000 sq. ft. facility. It was amazing. There was a small arcade spot that the kids had fun at (and they both also got a free hockey sticker book and a few packs each - a giveaway the store does for any kid, once a day, each day - amazing).

I knew I wouldn't spent much after we replaced the HVAC and our roof in the last couple months, but would pick up a few small things and more, see what the place was like. Many cool items, many magic cards, comics, sportscards, memorabilia, and anything Buffalo sport team wise you would need (ok - didn't care about that last part though).

If you are anywhere in the area, make the trip at least once, and definitely buy online if you can do the free shipping thing. Being in Canada, shipping from them means atleast $60 last time I checked and that usually kills any benefit in price, even if the selection is great. So my small take aways were just the following which were cheap, wasn't sure if I needed the unopened packs or not though... 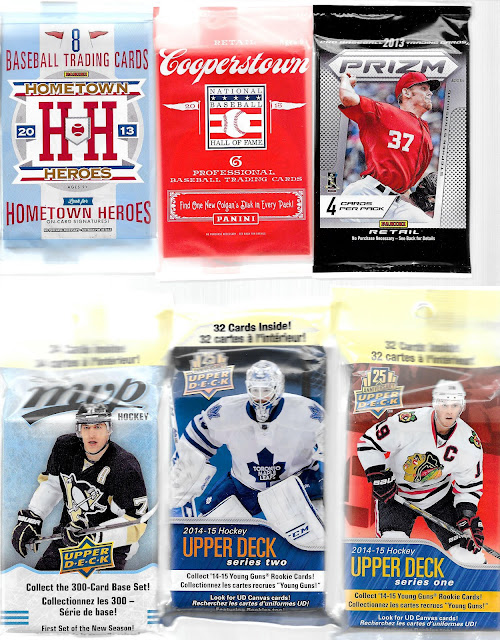 My screw up of the bunch - I needed the MVP pack, but it is ripped well at the top - may have been in our packing and coming home though, not sure, so I will be opening it and not keeping it as an unopened pack. Each pack was basically $1US or $2US for the fat packs - couldn't go wrong.

I wish I had a couple hours to go through the Magic singles to pick out some cheap artifacts, but my kids (and wife) would have killed me.

Had to share some feedback on the trip - great time with family and good card travels as well. I just wish Dave and Adam would emigrate from the US and move to Canada....
Posted by CrazieJoe at 8:00 AM