Then there was one

2003-04 SP Authentic basketball is down to a single outstanding card after today's Santa Lot 20.... 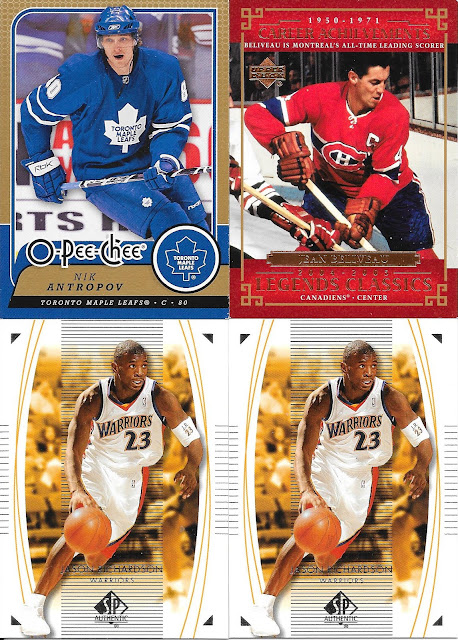 A couple nice collection adds with Nik (second of these I have) and (with the standard love of a Leaf fan....some Montreal Canadien player...good thing it's a Legends Classics card...only redeeming part of the card (typically such an answer is also said while either spewing venom or swearing). More important, the Richardson card means just Kevin Garnett remains in the 90 card base set. Actually, I think there are only a handful of cards (don't quote me) that would be needed to complete a second set, if I can get a couple Garnetts.

So - did John Negrin make a lasting impression on the NHL? Nope - career stats of 3 games and one point. Basically, the stats provided on the back of the card, and that was his career in the NHL, though he since continued in the minor leagues. 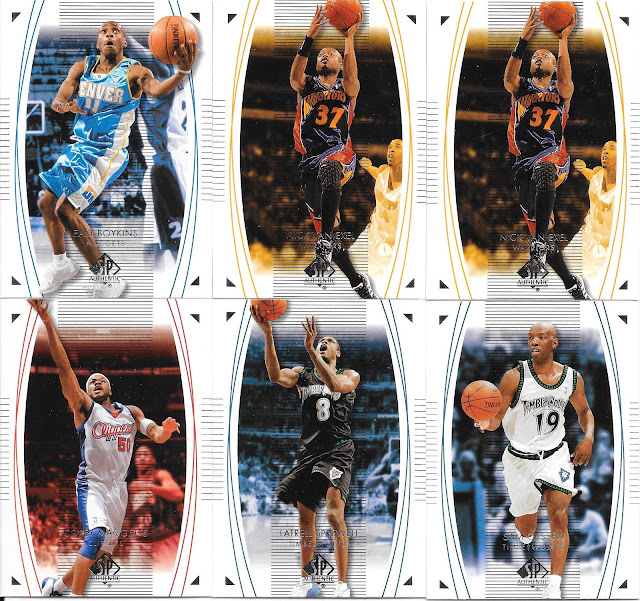 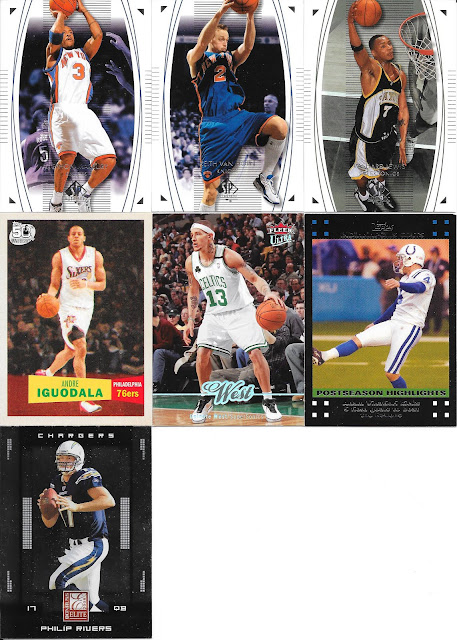 Like the 2007 Topps football season highlight card - wonder if this should have been an insert set though instead of part of the base cards (like another insert set in anything is really needed though these days).