Well - the Jays lost in 5 to Cleveland....not thrilled as they never seemed to hit their stride in the series compared to their play in the series against the Rangers. I expect it will be the last time we see both Bautista and Encarnacion in Jays uniforms together. Well, given the three teams left - I'll be cheering for the NL winner.

It may not be the sport I am hoping for, but I always get a kick out of getting an insert or parallel. Today is a nice pick up of a few of these, though they all center around 2007 Topps Football. 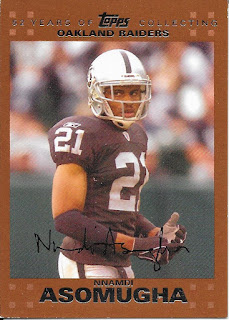 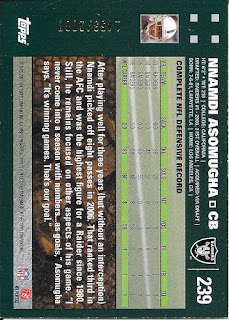 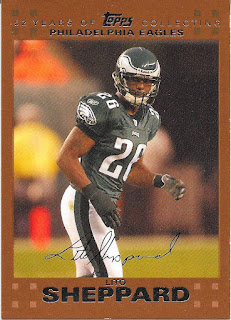 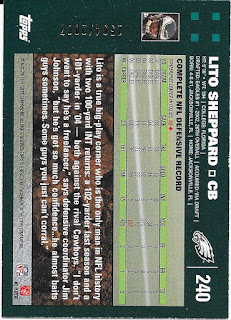 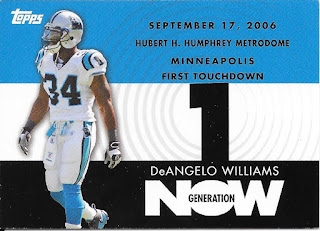 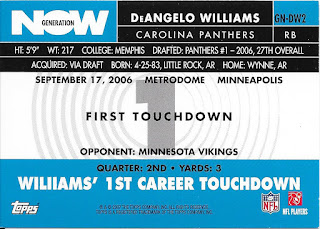 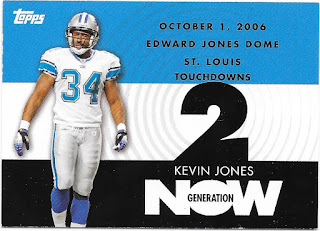 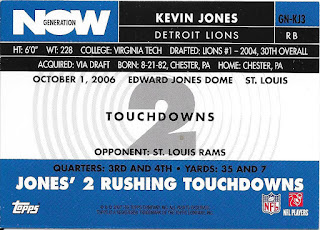 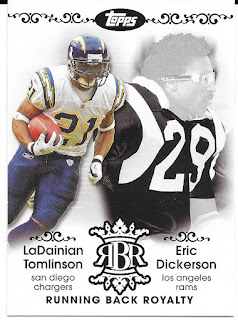 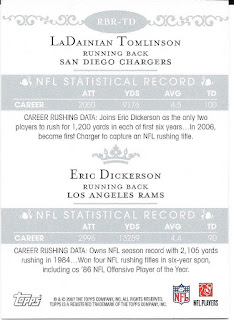 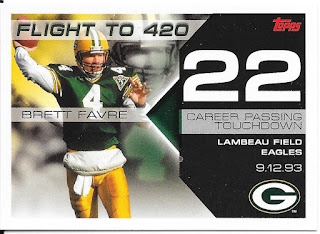 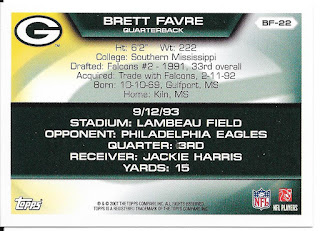 Yeah - a nice number of them today. The copper Topps cards are numbered out of 2007 as one of the border coloured parallels. As for the insert sets, we have seen a number of the Generation Now cards, and we get a couple more new ones today. In addition, the first Running Back Royalty insert - I don't know much about LaDanian, but do know the name and since the insert set compares him to other greats I gather he is a great of the time. Lastly, the one I care most about, would be the Brett Favre insert.

It is a shame how Brett's career in leaving and after Green Bay ended up, but he was the best there was when he was in his heyday in Green Bay. 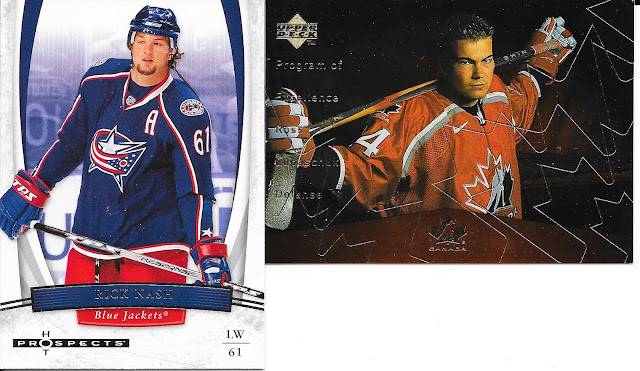 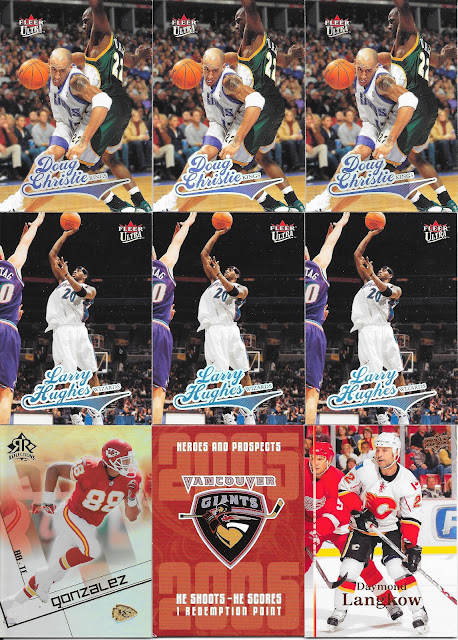 Doug Christie was great as a Raptor in a supporting role early in their existence. Best card of this group to me is that card as well as you can see the effort etched on Doug's facr - nice action shot.