Well, it has been a while since my rip to the US in August, but I am finally getting around to opening and posting about one of the items picked up there. Since it is already ripped a bit, let me start with this...

I picked this up at Dave and Adam's Card World for $2US I believe, and since it is open, I will not be keeping it as a sealed pack, so let's see what will await us in the 34 cards. I only have 9 of 300 cards when it comes to the base, so plenty to add here, and given the packaging, I expect there will be hopefully an insert and at least a single Maple Leaf. So with those expectations laid out, let's see whether the pack delivers. 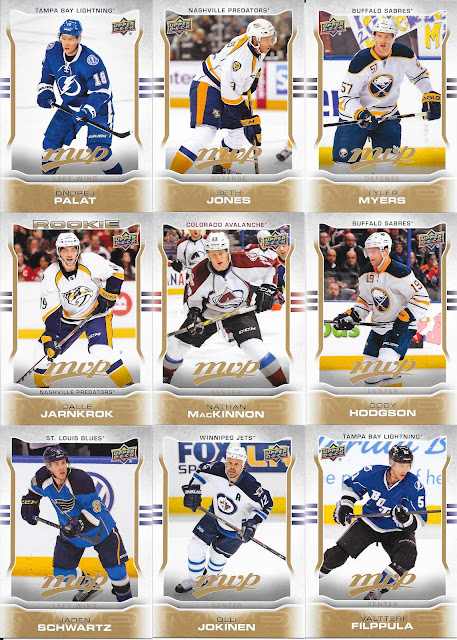 The base cards have a nice design to them, clean and straightforward. Decent photos, and nice colour with the gold and grey/silver. 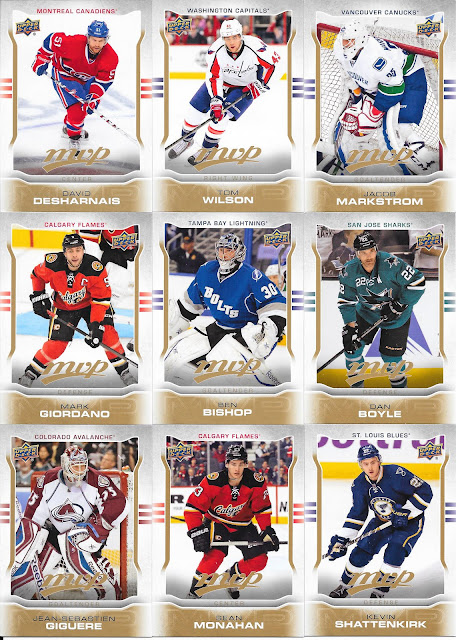 A certain lack of action shots here, specifically with the goalies - all posed and poised, but no ongoing action. Still, nice pictures, and focused on the subject, but nothing unique or in action. 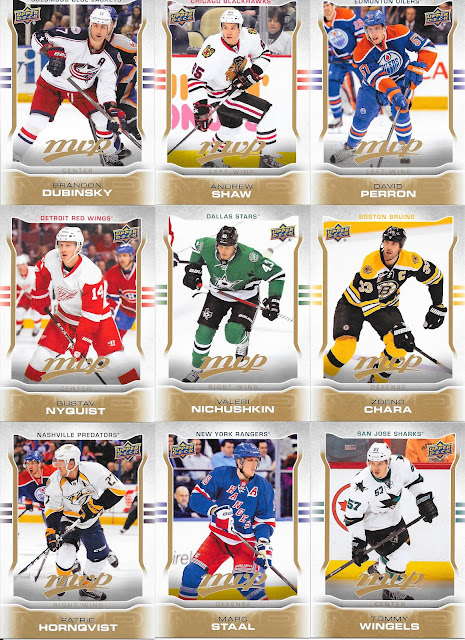 Some decent star power here with Chara and Staal. 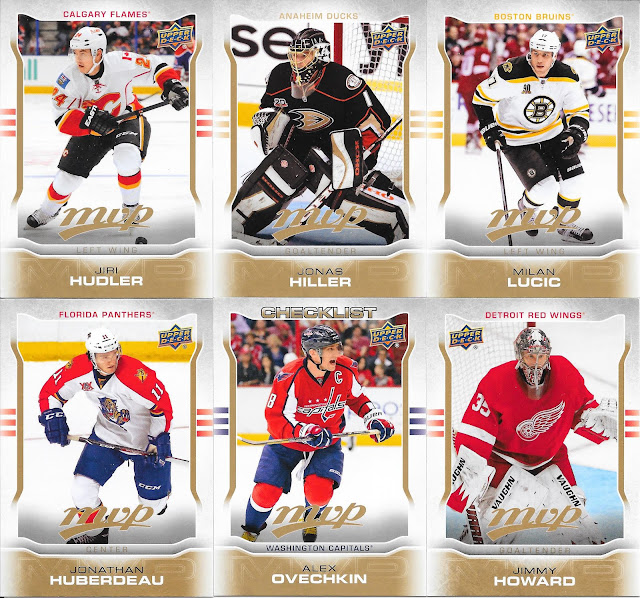 More stars, including Ovechkin which is a checklist card. I ended up with one Leaf which will show below, but otherwise, the only special card is the short printed Howard card above. 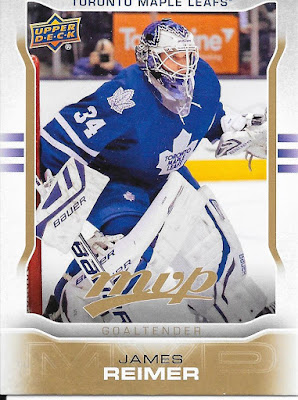 Optimus Reim - nice card, again, a poised pose instead of in action, but nice add.

Overall, an alright pack, would have been happier with a second Leaf, but nice cards (and for what I have, recent cards too). A good overall pickup though, no complaints on the price either.