I have been looking forward to cracking open one of these here, even if there are only 3 cards. Given it is a Tim Horton's set, I will be keeping the cards similar to how McDonald's cards make my collection.

Though I have never opened a pack, I have a few of the Leaf cards from trades. From the base set I am still in need of the Tim Horton and Phil Kessel cards to complete all of the Leafs in the base set. Again, with only three cards per pack, highly unlikely I will luck out and get one, let alone both of these, but one can hope! 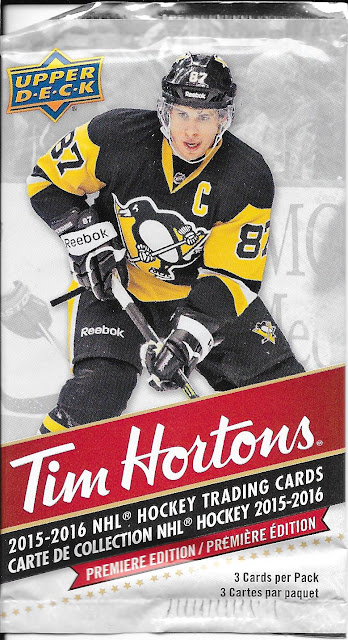 Given there are all of 3 cards, I'll go a little bit more in depth than I usually do... 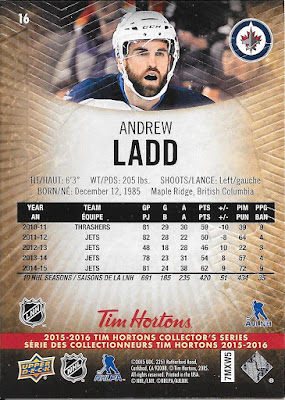 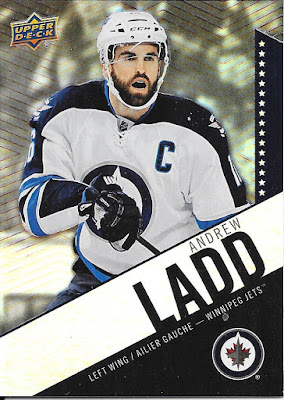 First card out is Andrew Ladd. These scan without the bright reflection that you get in hand, but atleast they scan in a fair manner so you can read them - just in a pale colour instead of metallic. It is a nice front overall, like the close up photo, but the name strip and bottom right corner take up a lot of the card. Back shows 5 years of stats and a career line and unfortunately the photo of the face is the same as the front photo.

Ladd has had a good career, now moved on from the Jets and with Chicago. 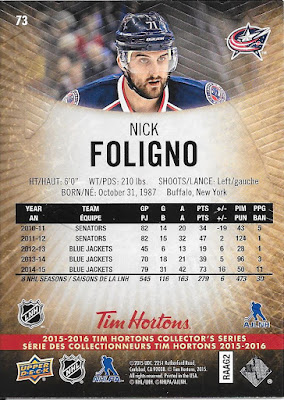 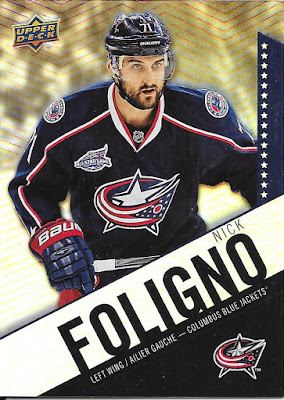 Foligno has split his career between Ottawa and Columbus and is still waiting to get some playoff experience as his years in the two cities has not lead to the playoffs yet. 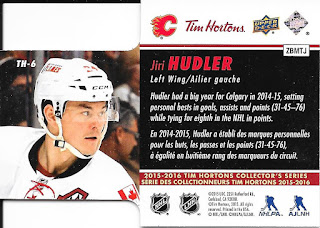 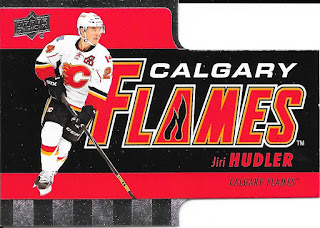 These die cut inserts are I believe, one in every three packs and I already have the Toronto one, but have no problem getting this one as well. Another player no longer with the team shown on the card as he is now in Florida with the Panthers, his third team after Detroit and, as shown here, Calgary.

With that - a nice first pack and I have a few more to get to here over time, but I will look forward to opening those in the near future!