The Jays really need to bring the rain if they want to reign at the end of the series with Cleveland - one win down and three more they have to pull off. I would never count them out, but it is uphill. I expected they would win game 4 - just couldn't see them being swept - but the real test is game 5....

The title refers to some of the keepers you'll see later, but for now, a Listia interlude before we get to the normal fair.

2002-03 Bowman YoungStars - a set I have only seen one card from, so when I saw three cards on Listia (one being a Leaf) I figured, better get while I could which is why I picked up these:

Definitely a different design with the black border, but since it isn't overdone, I kinda like it here.

Now back to your regularly scheduled program...let's go to today's single highlight... 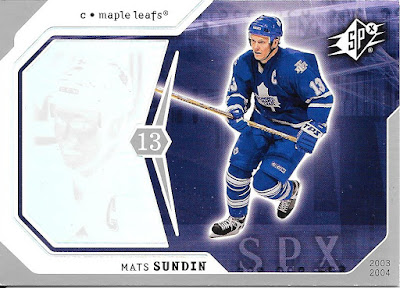 This is the second card I have of the 2003-04 SPx Mats Sundin. I like the design, and actually thinking about it, I think the design would be a great one for a jersey card - instead of the reflective picture on the left, if there was a large piece of jersey, that would make an awesome card. 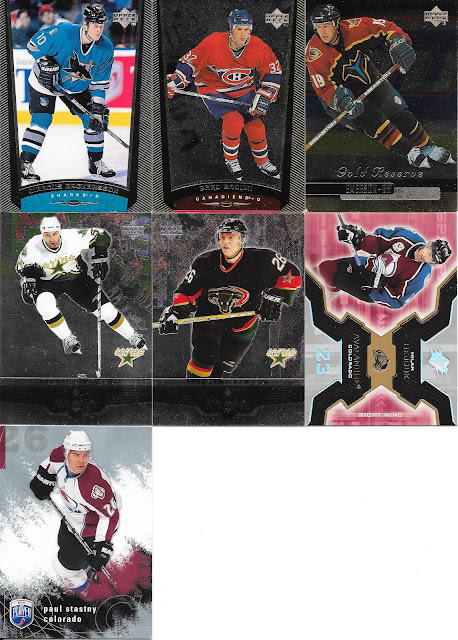 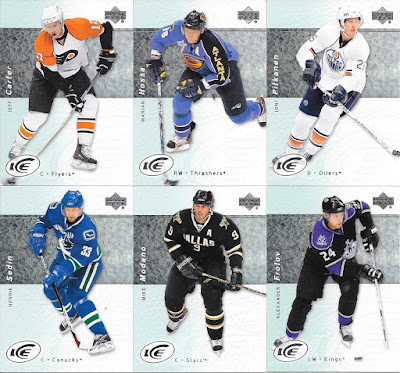 A couple late 1990s Gold Reserve upper deck cards - still confusing that these are their own set rather than a parallel to the normal upper deck set for the year, but unless someone knows something different, that is what I understand them to be - stand alone sets. The 2005-06 Black Diamond set keeps going, now closing in on 30% or so - slow going, but consistent.

It's been a while since we had some Ice set cards, or atleast this many, but good ones here - I like the Sedin and Modano most personally. 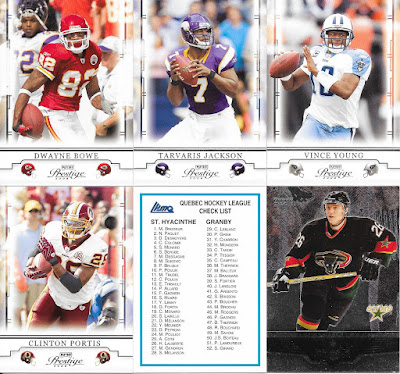