Had to do a bit of catch up on Magic packs for the collection. I hadn't picked up anything from the current year, but needed to catch up and get something from each, so let's fo a quick run through... 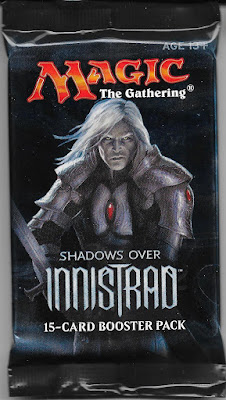 Shadows over Innistrad was released in April and is the first expansion for the Shadows of Innistrad cycle. 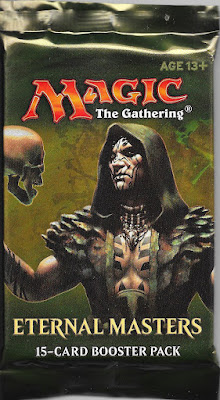 Eternal Masters is a compilation set of some of the great cards of Magic - something similar to what Chronicles first did back in 1995. Accordingly, these boosters run about $15 compared to the $4 (or $6 at Walmart) that the normal expansion boosters run. 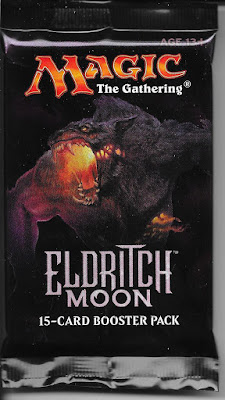 Eldrich Moon was released in July 2016, the second expansion set for the Shadows over Innistrad cycle. 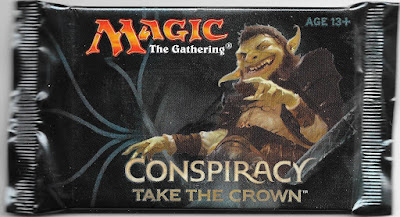 Conspiracy Take The Crown is the follow up to the Conspiracy expansion from 2014, the purpose of these being to enhance group play. 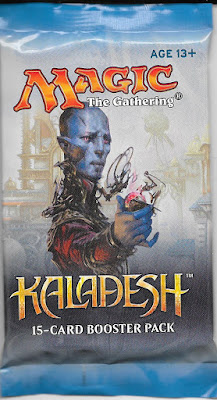 Kaladesh is the first expansion set from the Kaladesh cycle, released in September 2016.

Well, some days don't turn out so great, and the Santa Lot 20 pack today kinda stinks... 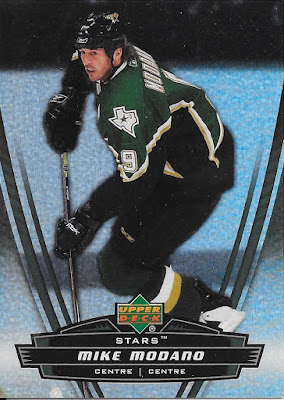 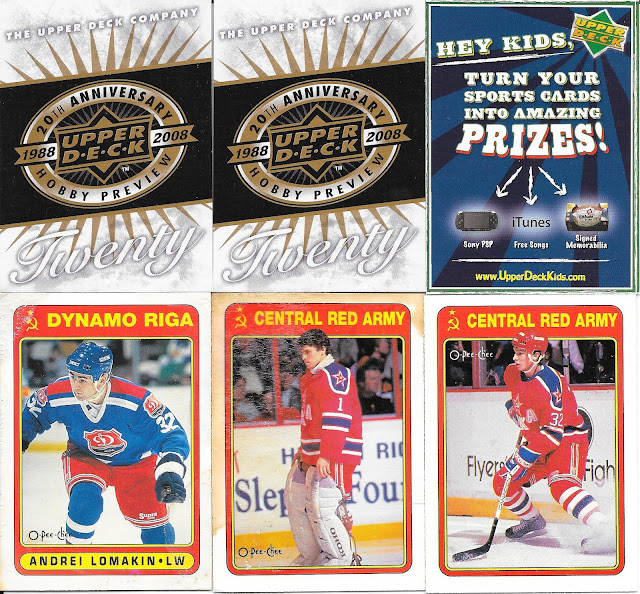 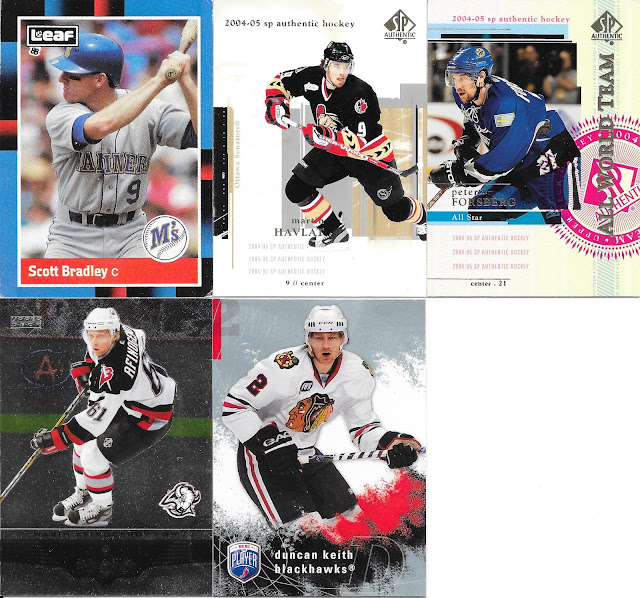 The Forsberg card I like, we have seen some of these before and the design for a base card is that little bit different, but nice compared to the regular base, like the Havlat beside it. 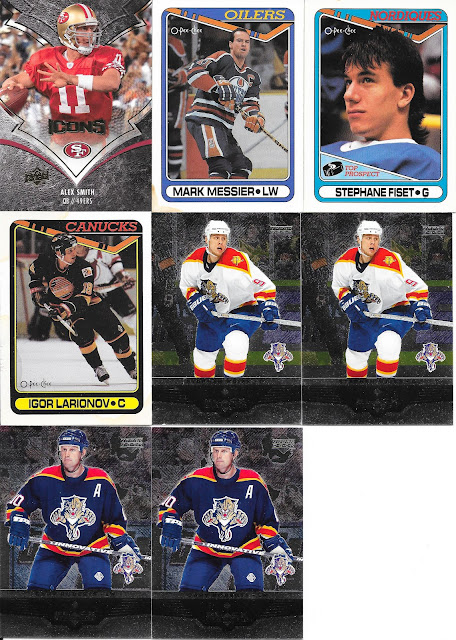 Even in 1990 Mark Messier was already well on his way to a nice full bald head. Honestly, it ended up suiting him very well. Other than that, a number of Panthers cards today.