Our pal Al and along came Joe

First things first, I didn't get a chance to watch the Jays Orioles wild card game as it happened, watched it yesterday instead, though I had heard the result. Great game all around and really a coaching duel in which the Jays come out on top. Amazing intensity, especially the last 4 or 5 innings, and I think being in Toronto sealed the deal as far as the outcome goes, but in all honesty, I think most wanted to see the Toronto Texas rematch from last year. Should be interesting to say the least. Exciting times that we haven't had in Toronto since the early 90s.

I still have my early 90s cassettes commemorating the Jays back to back World Series wins, and listened to them endlessly at the time (but not in years - wonder if the cassettes still work, and if I have something to play them on...). One of the songs I enjoyed was Along Came Joe for Joe Carter...

This Joe is one I needed, dirty pants and all - as was the Candyman card also. Nice adds from individual Listia wins.

Last one was another McDonalds set pickup putting me over 50% for the set: 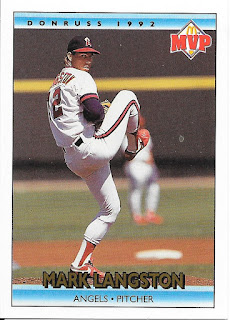 For the Santa Lot, we have gone a good while without having to bring up a lowlight when looking at the Santa Lot 20, but no avoiding it today. 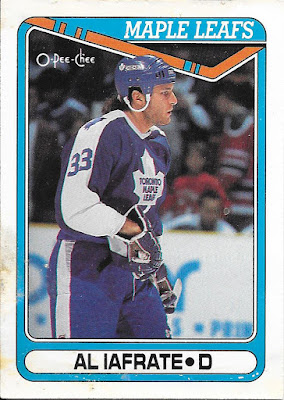 Unfortunately a bit of staining on the card (gum related) which is classic fro 1990-91 O Pee Chee. Still a highlight because it's Al, and as a Leaf, but then...

Damaged...damaged...and...damaged. Luckily had all three of these, but still a shame, but hey, cards for my son I guess.

Although the are Montreal Canadiens, still stoked to get two more 2004-05 Legends Classics cards for the set. 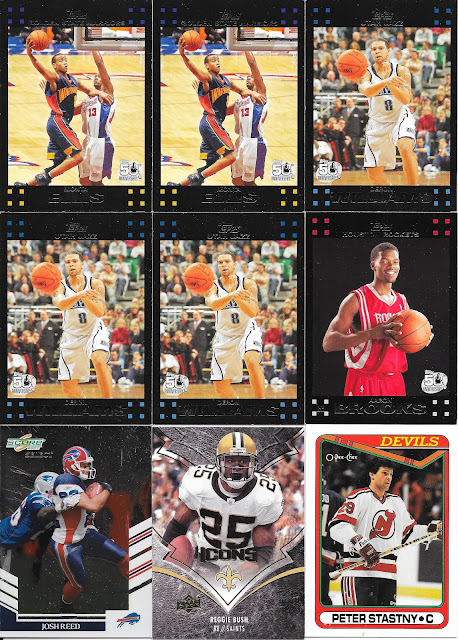 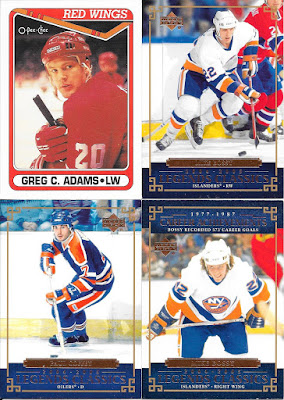 Nice to get the Reggie Bush card - again, I don't know everything football, but his is a name I do know.