We have talked a few times about rookies and their collectibility (yes - making this a word according to Word), so given the number of them here, I wanted to highlight this again. 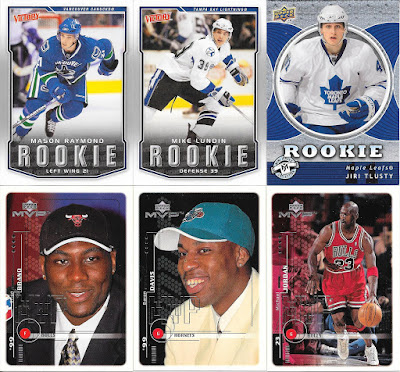 Jiri didn't get much chance in Toronto as he was in parts of three seasons, however he is still in the NHL, having spent time in Carolina, Winnipeg and New Jersey. The bigger stars come in the basketball cards from 1999-2000 Upper Deck MVP. I include the Jordan because the back includes the checklist for the rookie cards in the set - yes I am cheating there, Also just stress the rookie point, the other card keepers for me are here to as other hockey rookie cards. 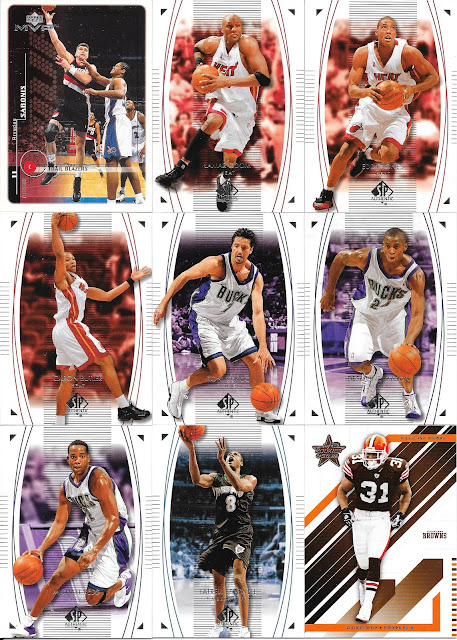 I remember Ricky Williams for his short stint in the CFL when he became someone the NFL didn't want to touch with his suspension in 2006. Otherwise, the 2003-04 SP Authentic basketballs bring down to 2 the number of cards left for complete set number 2!