Bob and some star QBs 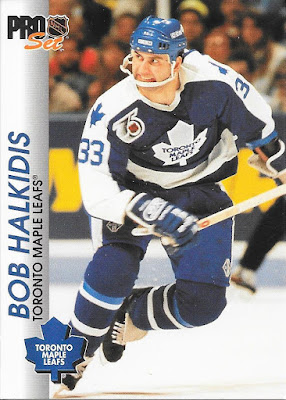 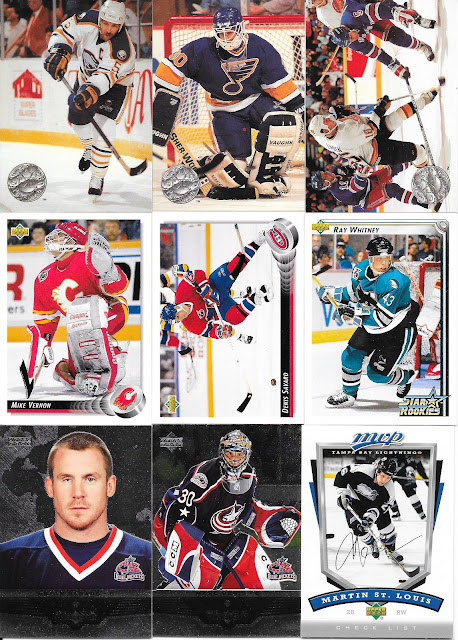 Continued completion on the 1991-92 Pro Set Platinum set, and a couple other nice goalie cards - I like the Vernon especially. 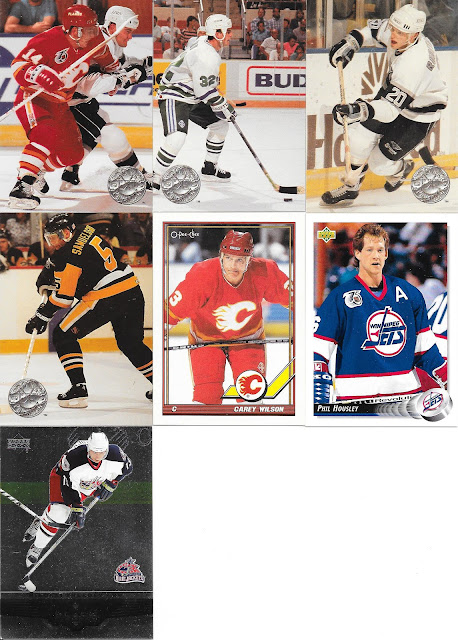 Came out with 3 Blue Jackets from 2005-06 Black Diamond, but obviously the best of these will be the two Icons 2008 football cards - high profile QBs at the time. Also as a side note - the Kitchener point card is another different one I've picked up if I happen to complete the "set" of those.