Russian Dynamo and a random rant

So before getting to the Santa Lot 20 for today, a random off topic rant, so skip here if you like.

Recently one of our children was invited to an ECHOage birthday party. Essentially instead of buying a gift, you go online and pay an amount (your choice). Half the money goes the the parents of said birthday child to buy gifts from "everyone" and half the money goes to a charity of (supposedly) the child's choice.

Don't get me wrong - I am fully for supporting charities. As a CPA though, I always dig a bit further into the numbers. The sell it as half the money goes to charity, and you get half (less a fee) to spend on your child.

Well digging through the numbers, the parent pays a 4.9% fee of the total money collected, which comes out of the half for the child - so on $100, there goes $5. The charities have to pay a fee of 6.9% of what they receive - so there goes another $3/50 from the $100 dollars collected. The charities also have to pay a $30 or $60 per month fee to be a listed charity. So to round it, about 10% of the money collected goes to ECHOage in some form.

I'd rather, as a parent, collect the cash myself and direct half to the charity so even that 10% gets used by the charity (and don't get me started on the effective use of money by charities for the actual charitable activities versus administration and fundraising - that's a whole other topic.

So, I get the reason for ECHOage (kind of - not sure how many kids really appreciate giving up half their "loot" to charity - but I can understand it being a good lesson to teach) but you can do the same thing more effectively yourself...rant over, Santa Lot 20 begins now... 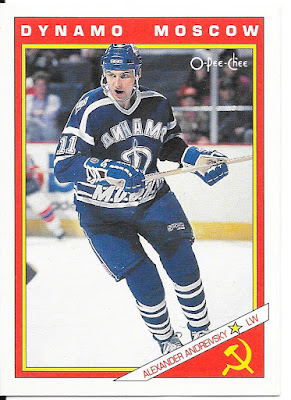 One specific nice highlight from today's Santa Lot 20 - an add on to the 1991-92 O Pee Chee Sharks & Russians insert set. I am just happy that all of these cards I've seen from this subset have been in perfect condition given they generally come from packs with gum, and I know my cards from the prior year insert set were mostly gum damaged. I am still working to replace some of them. 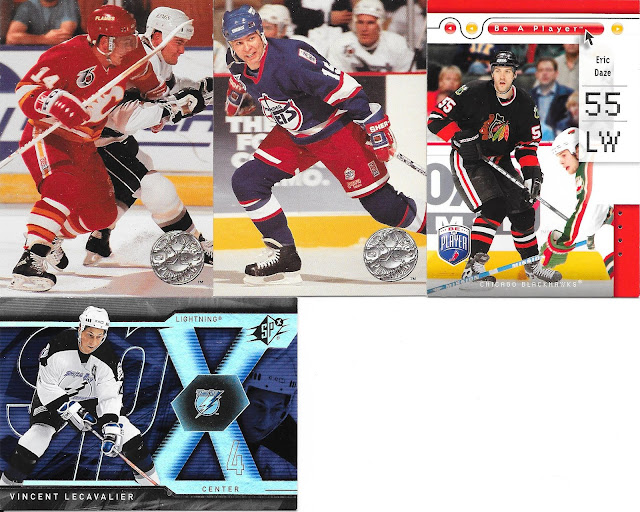 Though the floating player shot, do like the colour combo and design of the 2007-08 SPx. I would have thought I'd have the Thie 1991-92 Pro Set Platinum card before now, but apparently not. 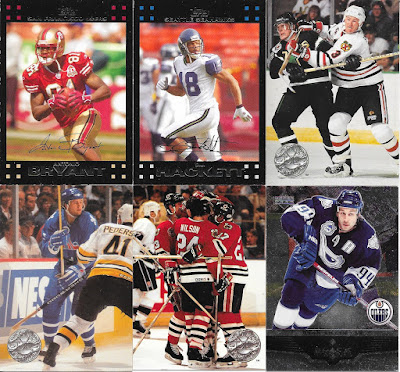 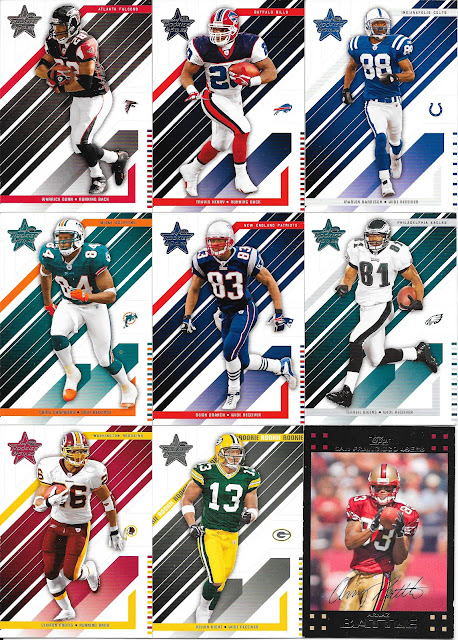 I am now over 50% on the "true stars base" 2004 Leaf Rookies and Stars set. I would consider the base to be 200 cards (the last part are serial numbered so to me, aren't really "base". Of the 200 cards, half is stars, second half rookies - I think the second half may be tough to complete from the Santa Lot, though the first half may well get done - or very close to it.