Any Value in the Village?

Not sure if there are Value Village stores in the US - I don't think so, but I can be wrong. Essentially they are a for profit thrift store where you can find used clothing, toys, etc. On occasion I go with the kids to pick up a couple books for them, and every now and then they tend to have previously loved sports cards. Typically they will be junk era cards, but the price is cheap enough typically that they are worth a lark. 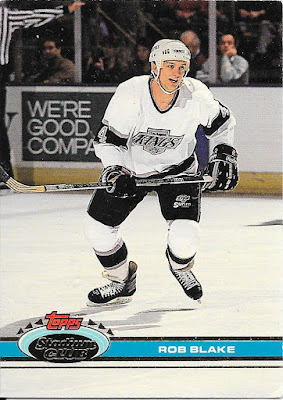 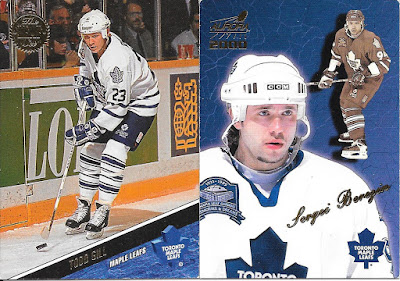 Out of almost 60 hockey cards, I ended up with two Leaf cards (both ones that are new for me), a McD card I don't have (yet), an Electric Ice parallel and the Oleg gold parallel. As for the Rob Blake, a variation card as this came with or without the "Sporting News" headline on the back and this is the version without. So 10% into the collection. 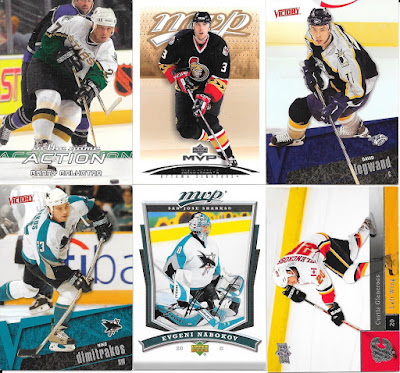 Seen a couple of the Victory cards now and opened a pack or two as well, but decent enough cards here... 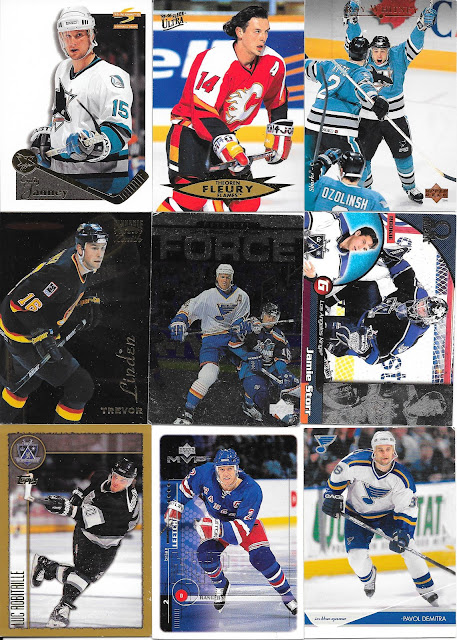 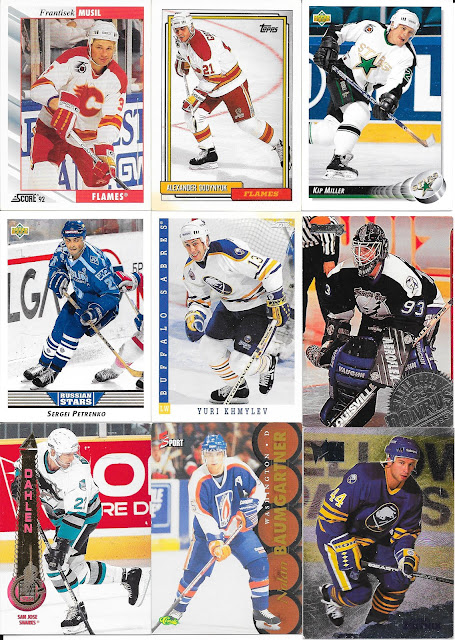 1994-95 Donruss - as much as the foilage makes it so hard to read - I really like the look of these in hand - actually, this one is so much easier to read scanned than in hand. 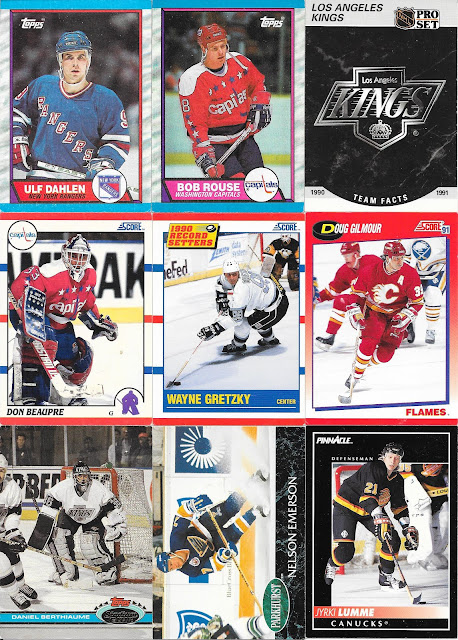 Junk wax or not, one of the better cards is the 1990-91 Score Gretzky - good pic and good purpose. 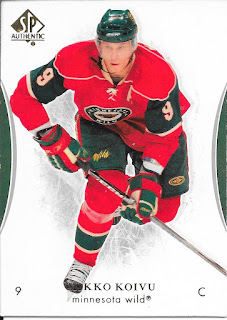 Yeah - seen enough of this set in the Santa Lot to not be sur[prised this was a double.
Y 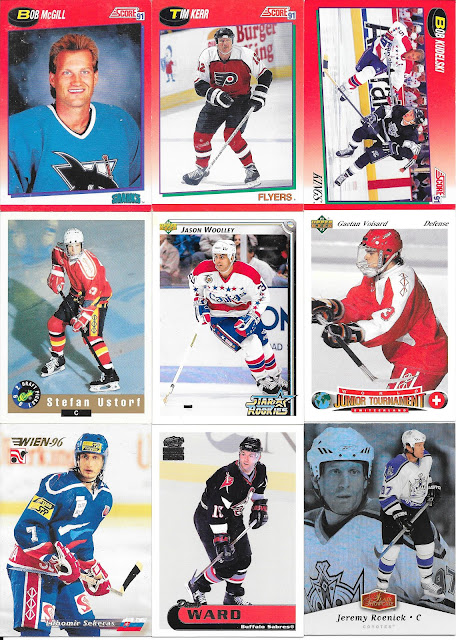 I don't like Classic sets - any of them, any design - just my personal preference, but haven't found anything good about any of them...goes for the ones here as well. Odd one is the Voisard card which is actual from the Check set and definitely not in English. 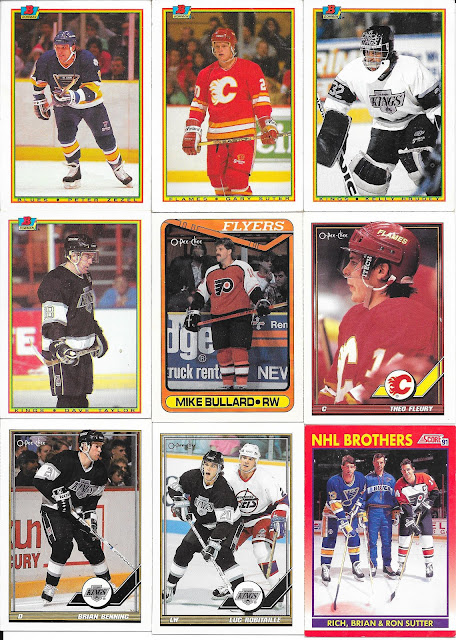 All in all - not bad for $2 on whim, but not something I would do often unless I could see some of the cards and knew I was getting something decent. I did spent $15 once on a bag at baseball cards at Value Village, but it had around 250 cards and about 80 of them were from the 70s, so it was still a bit of a gamble, but I could see condition was decent on most of them, so I picked it up (though I will say, one had a hole punched in it with a hole puncher...I've heard of wallet cards, but maybe someone had been using it as a necklace card?).
Posted by CrazieJoe at 8:00 AM