Lookie at some rookies

Rookie cards can be a collection unto themselves. I personally don't go out of my way to collect them, but obviously they are part of my team collections if nothing else. Also, they have become more and more, a part of specific base sets with some having sections of the checklist being specifically rookie cards. 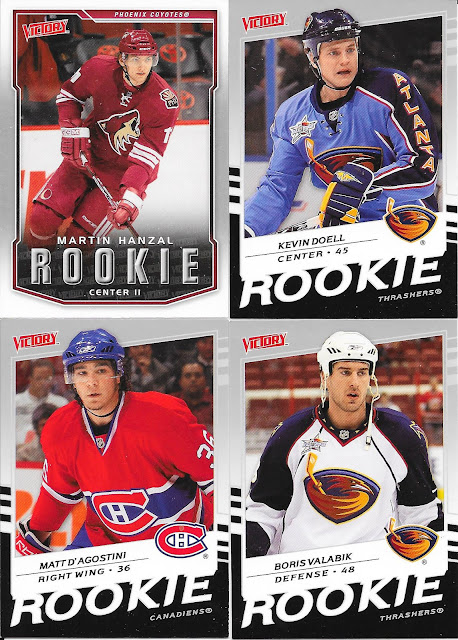 A number of Victory set rookie hockey cards coming up today - so let's take a look at their success in the NHL.

Overall as a group probably better than average as there can be many a player profiled who only plays a handful of NHL games and goes nowhere in the NHL, then back to the minors. 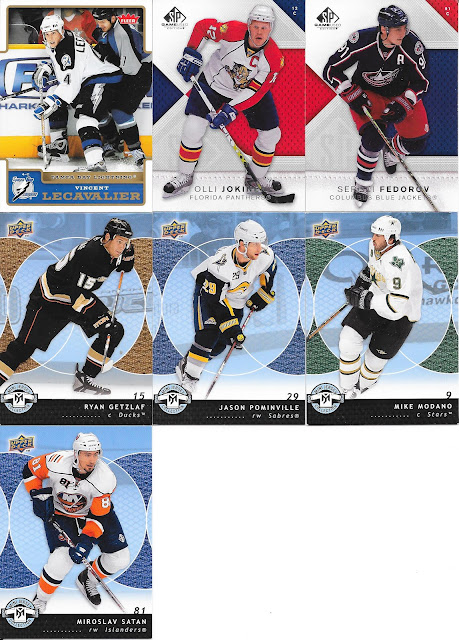 Nice seeing more from these sets as there hasn't been too much to date from them out of the Lot. 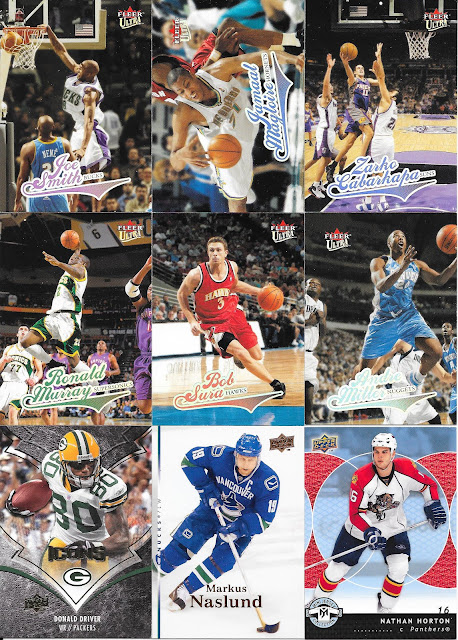 I like the pre-throw down pose on the Ronald Murray card.