Highlights today from the Santa Lot 20: 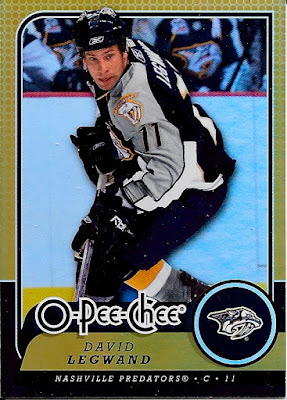 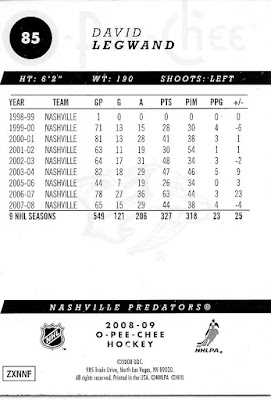 Have to include the 2008 O Pee Chee hockey metal parallel. I like these, one because they are shiny, and second because I like the card stock much better than the base set which is just the "classic brown cardboard" content. Though I prefer the classic look of the base set, for better aging, the parallels will likely hold up better. 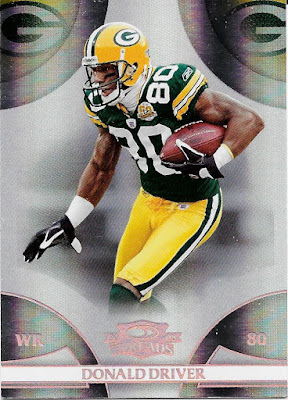 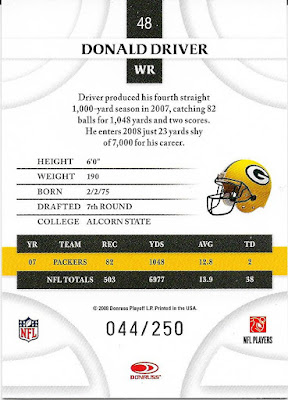 The bronze foil, which scans a bit pink really, is nicely numbered out of 250. 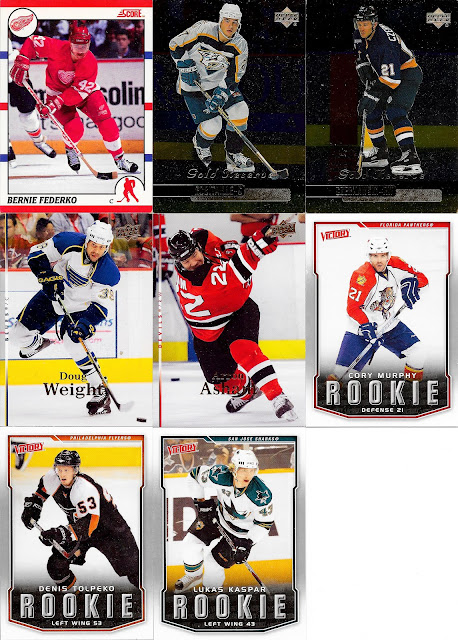 I like the gold reserve that scan pretty ugly - much nicer in hand. Also a few rookie cards, great, even if they are only Victory set cards. 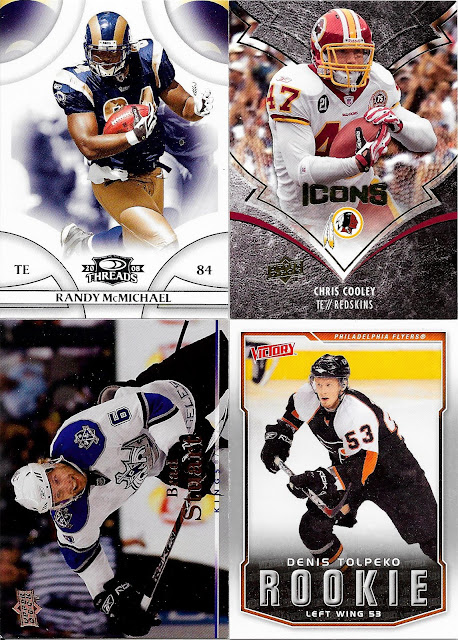 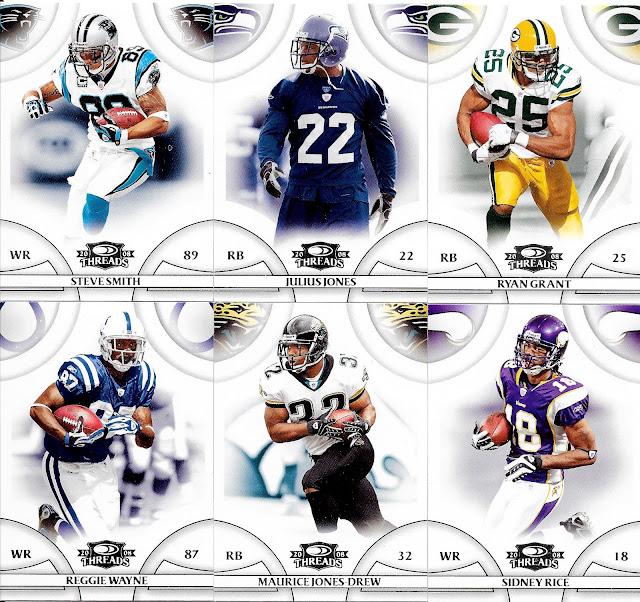 I think Tolpeko might be the first hockey card that I end up with two of in the same 20 pull (but don't hold me to it|). Otherwise, a number of base Threads 2008 football cards. Pretty nice overall today - see you again tomorrow!