I presume the name SP Game Used for a set of cards is because game used cards are the highlight of the series (I know, I know - the background ties in the name). I find it odd to collect a base set of SP Game Used - unless all the base cards were in fact game used cards...I'd like that better than just the design. 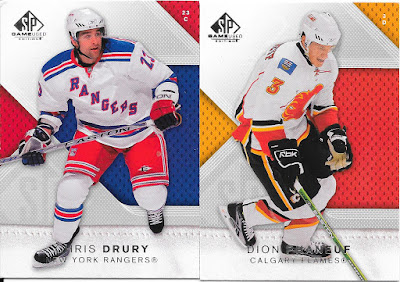 Happy to get a couple cards from this new to me set (only have one card which we saw here before - a serial numbered rookie card). Decent enough design considering the context of the photos has been taken away. I get that the background design is of game used jersey materials, but I feel it is just taunting us with what the cards should be... 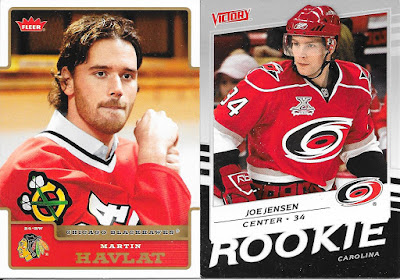 Something about the Havlat card reminds me so much of Donald Trump Jr from a few years ago when I was watching the Apprentice (okay maybe 10 years ago) - vague lookalikes. 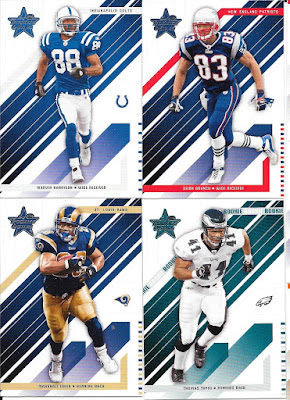 It makes me a bit sad that we have seen more Austin Power cards than baseball cards so far in the Santa Lot. That said, I can't recall a baseball card that necessarily looks anything like the Felicity Shagwell card....so the Austin set has that going for it I guess...

The 2004 Leaf Rookie & Stars set checklist cards are nice with a good photo shot of teammates on the front - definitely a nice way to do checklist cards.