A hero and a couple more Legends

So I won an auction on Listia for a "Baseball Heroes" card at random and got this... 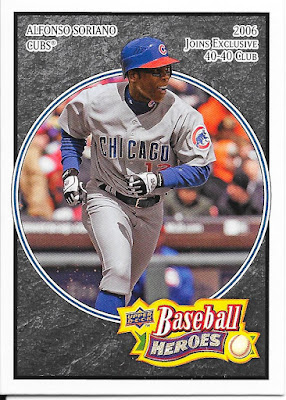 which is a nice Black parallel card from the 2008 set. That being said, here is the back... 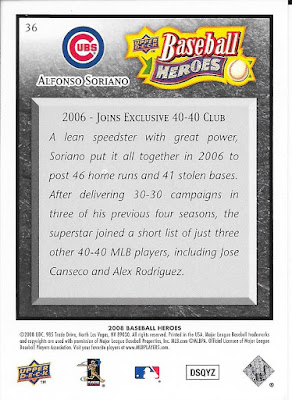 Maybe you can spot it, but there is a dent, imperfection just above the word home in the fourth line. In hand, it is raised a bit and is slightly ripped, like because of the raised part it has come a bit off. Now, very small, but it bothers me so much because it was obviously the condition of the card before being sent - not something caused by way of the mailing. As it was a random card, I can't really complain on condition as nothing specific was promised, but I won't be winning auctions from that seller again.

That all aside, I like the black colour on these - don't like the fact charcoal is another parallel colour, like that it is atleast serial numbered so they are easy enough to tell apart.

Unfortunately not a lot of great things today, but atleast a couple nice adds as we continue to slowly knock off 2004-05 Legends Classics cards. 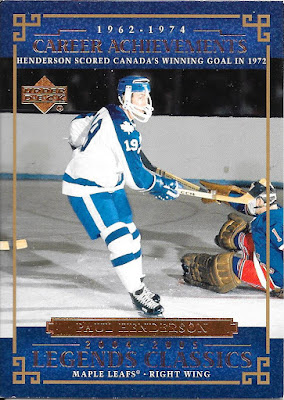 Part of why I like the set is that you do have multiple cards for a few of the players, including Paul Henderson. We saw one of his cards the other day, and here is another. 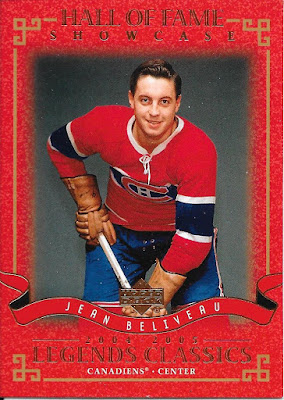 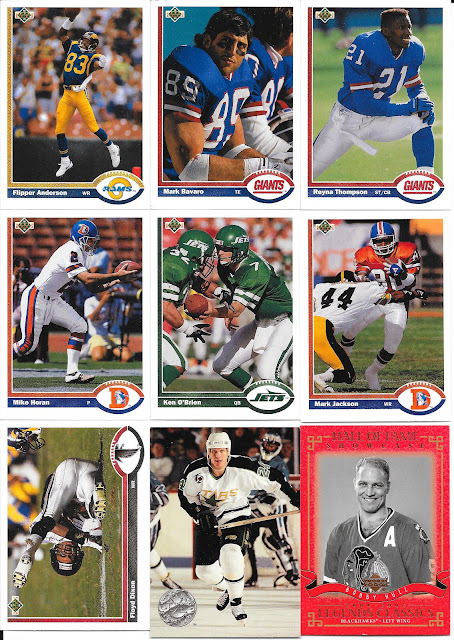 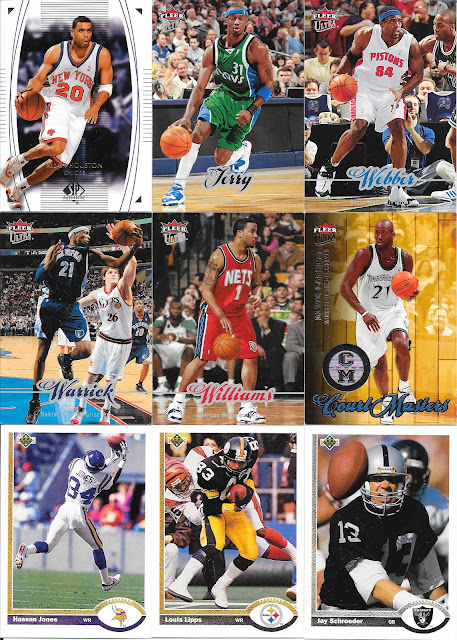 Best of these would have to be the Kevin Garnett insert card - Court Masters. A decent design which screams basketball, but a clean picture and consistent design compared with the base set.