Before today's Santa Lot 20, a quick Listia pickup. I got these group of 5 cards for about 65 cents US when all is said and done. I had three already, but for the value in Listia points, again, just had to pick these up. 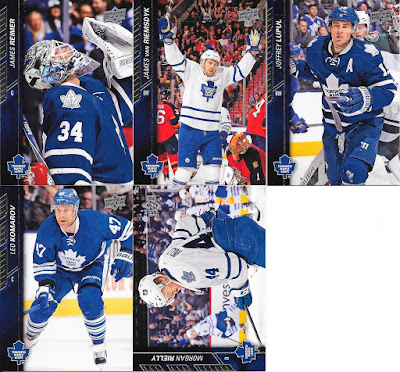 I like the Reimer card best, nice and slightly off the norm pic. 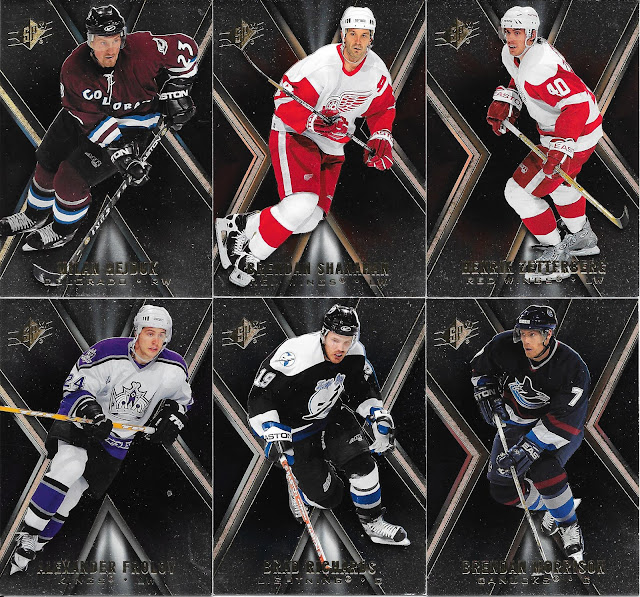 They don't scan the best, but are nice and shiny in hand and much easier to read. Enjoy Shanahan and Zetterberg as well. The card design is fine, but I always find it difficult to have a great shot when they just pull the player from the full action shot. 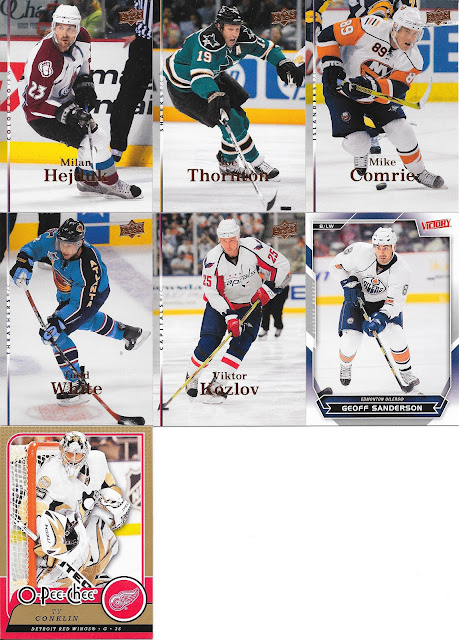 Nice to get further completion on a larger set - the 2007-08 Upper Deck base set. I should pull the checklist card which has the four poses of Joe Thornton - I think a couple of those shots were better than the one they used on his card. The Ty card is another raiser of the question "who collects this" - Red Wing team collectors, Pittsburg, or both? 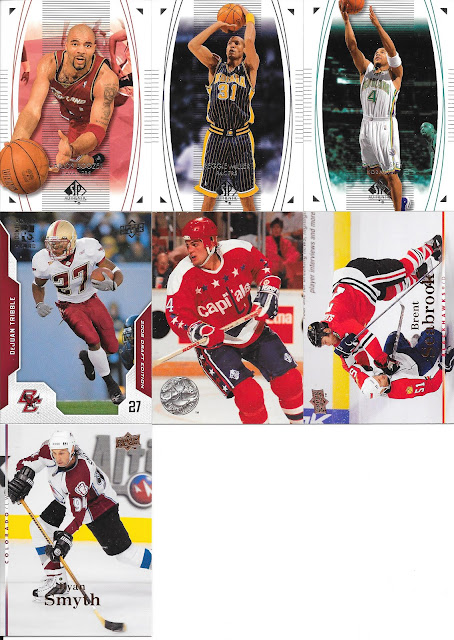 Best card here would be the new set introduced with what is 2008 Upper Deck Draft Edition football. First card pulled and I like the almost full front card picture, and keeping the detail otherwise to a minimal amount.