First, everyone knows what day today is and time flies as it has been 15 years since September 11, 2001. I remember being at work and hearing about the planes hitting the twin towers, and watching the news live feed as the second plane hit. I can still remember Matt Lauer's reaction to it and disbelief, first thinking it was a replay, then learning it was a second plane. Though I may be Canadian, the incident changed everything in the world that one day, not just in America. Though we obviously hear more about it on the anniversary, I think our daily lives have been impacted from that one day. Every generation has defining world events such as Pearl Harbour, dropping the bomb, JFK assassination, and this is definitely the big one thus far in my own lifetime.

With absolutely no transition, I also just wanted to talk about UFC 203 last night (*START SPOILER ALERT*). As a big wrestling fan, I was interested to see how CM Punk did. From everything I was reading and hearing about it, this very much sounded like a guy who wanted to the opportunity, but likely wasn't going to end up winning. Well, the fight didn't last long and CM Punk was done in the first round, being owned through the quick fight. I give CM Punk full credit for doing UFC because he wanted to and making full use of the opportunity, and no one can take away from him the fact he made it and stepped into the Octagon. If he chooses to continue down the path, all the power to him. Bottom line, it was epic seeing him come out to the octagon to Cult of Personality - there was no other song it could have been. I think there is little to no likelihood he will be back in WWE given the legal issues going on, but there would be money to be made I am sure, and as they say - never say never. (*END SPOILER ALERT*).

Oh, and on a somewhat related note - Backlash tonight - first WWE Smackdown only special (is it actually a PPV or just a network special?) since the brand split. Dean Ambrose is great, but would like to see AJ Styles get a chance with the belt, if nothing else, he has been marvelous since coming to WWE early this year, and he has a good 15 year or so career behind him before that.

Since I have absolutely no smooth transition to looking at a pack of hockey cards - Pack Attack - 2005-06 Parkhurst Hockey - let's just get to the following pack...I know, a little all over the place today... 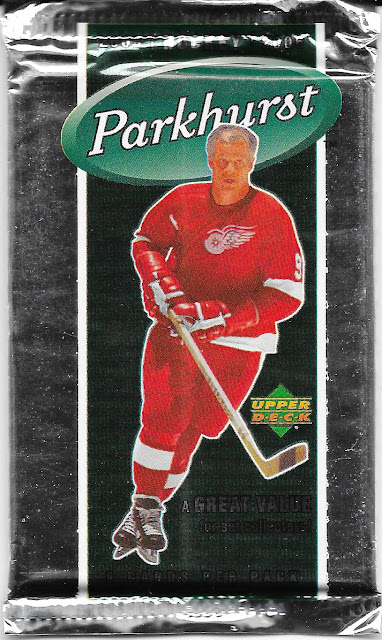 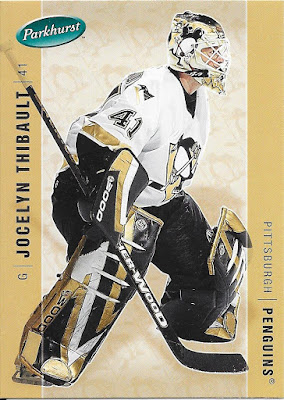 The team colour border does nothing to separate from the background colour, unlike other team colours you see below. I liked Thibault - minus his Montreal days. 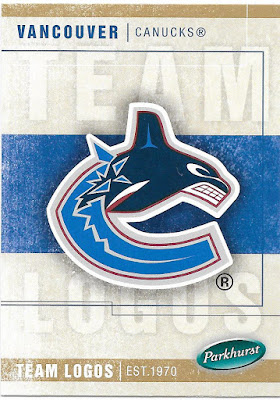 Simple logo card - could have been an insert set, but don't mind it just being part of the base set, but it does help to make the base set the 700 cards that it is. 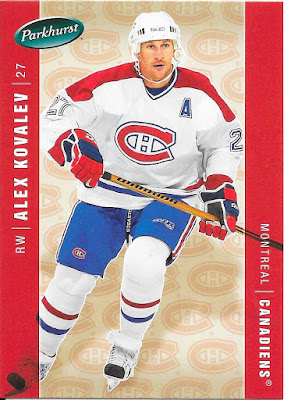 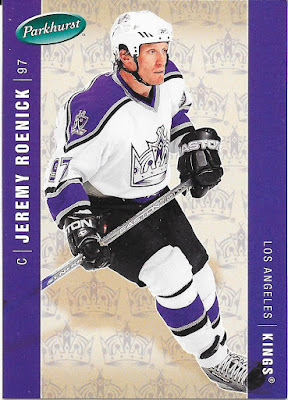 Blackhawk forever, regardless of his time in other places. 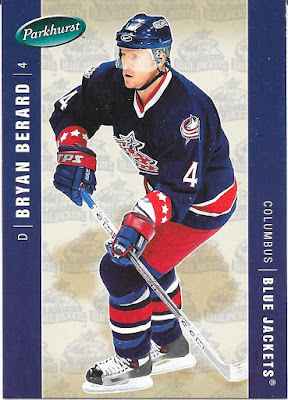 Wouldn't have minded if he had remained in Toronto as he did have solid years after his one as a Leaf. 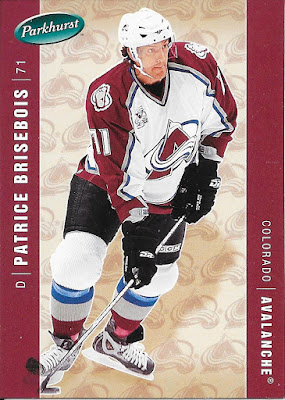 A solid pack of players, and all cards I didn't have, but nothing that goes specifically into one of my collections...maybe next time...