I was able to pick up a couple Leaf rookie cards from Listia in a couple different auctions. Nice pick ups though they were more points than I would want, but likely because they are rookie cards and I know some people specifically collect them. 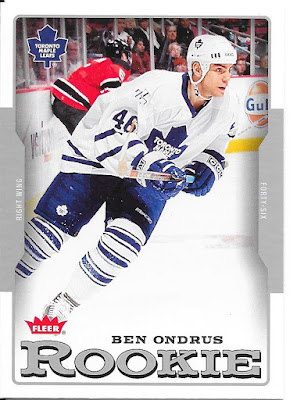 A shame in 52 games in the NHL he ended up with two assists and no goals - as great as it is making it to the big leagues, still has to smart to never got that first goal. 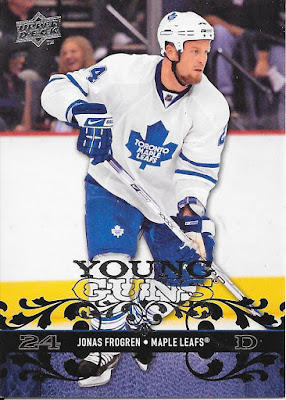 Half a season with the Leafs followed by a bit of Marlies time the next year and poof - that's it as far as the NHL trail...though he has spent years since in Sweden and the KHL. 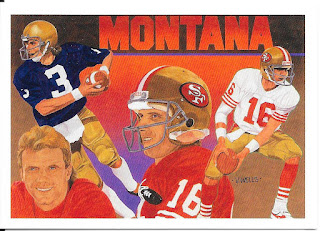 There were a lot of these collage pieces across various sets in the early 90s - one I remember most is the Guy LaFleur ones from the 1991 hockey Score sets. Nice that this is of the Joe Montana 9 card insert set. 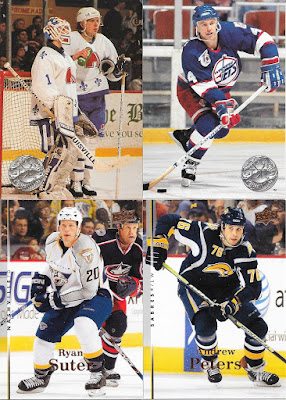 Nothing spectacular, but nice continuation of a couple sets that might get mostly completed by time we are done. 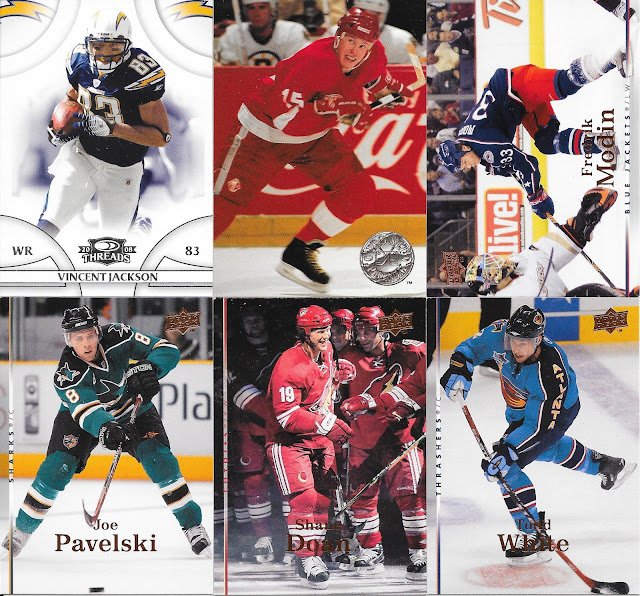 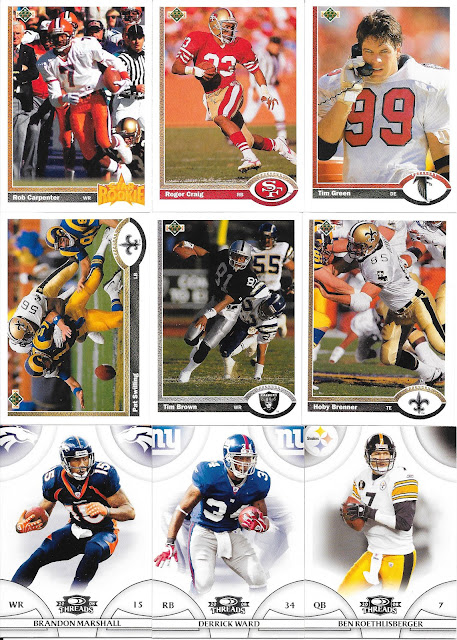 Crowding in cards is more problematic I believe now, than in the past - for example see the Shane Doan card. Times when there are too many people and not necessarily the focus on the correct player. The Doan card isn't a perfect example, but I think you get the idea. One problem you don't have on sets such as the 2008 Donruss Threads cards.