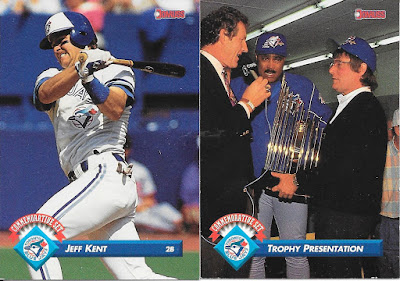 Gotta like the different trophy card photo - as well as Gaston and Beeston in the shot, but it is really all about the trophy.

Today, two very different highlights. First, a few more new cards for the 1991-92 Pro Set Platinum set. Not an exciting set, somewhat Stadium Club like in design on the front and a set I have been slowly collecting. 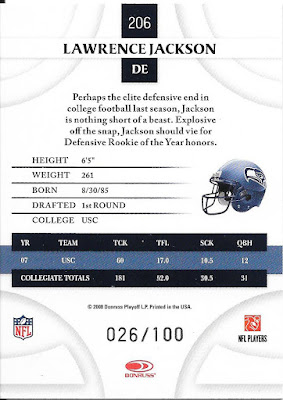 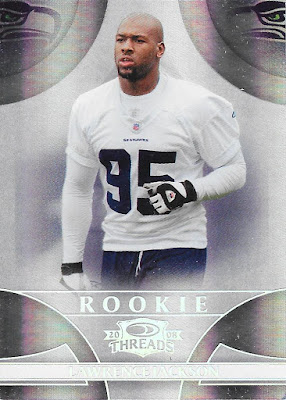 Second is another 2008 Donruss Threads parallel - this one being a platinum parallel serial numbered to all of 100. Lawrence was in the NFL for 5 years as DE spent between Seattle and Detroit.

A couple more Black Diamond which do not scan well as usual, and another 2006-07 O Pee Chee which we have seen only a couple of. 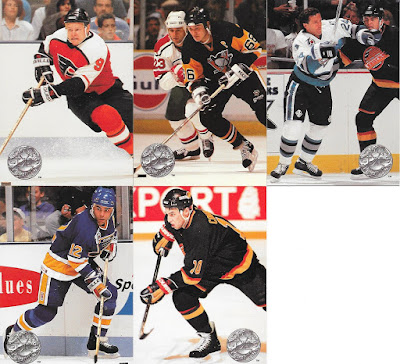 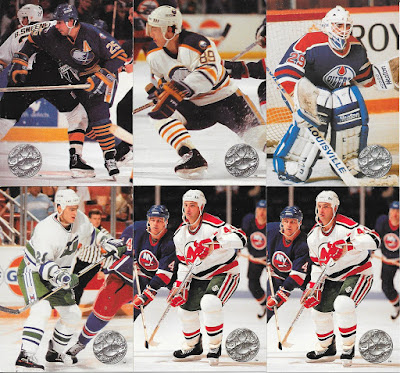 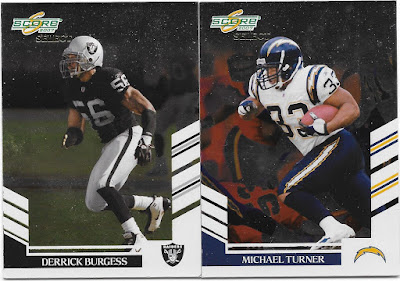 A lot of 1991-92 Pro Set Platinum cards I already had - including Super Mario and Geoff Courtnall (another player I enjoyed, but may not have been the biggest star - but a solid player). I also enjoy Alexander Mogilny and Adam Oates - so nice to see these guys as well.