Back from Dave and Adam's and Solid O Pee Chee Pickups

Just back from a trip to the States, which I mentioned a while ago that we were planning. We spent a couple days in Rochester, NY to go to the Strong Museum with the kids for a day - a trip we have done before and they loved, and then we stopped in Buffalo/Niagara Falls on the US side for a couple days to go to the Buffalo Museum of Science, and do some shopping.

Of course that included a stop at Dave & Adam's on my birthday so there will be stuff to share there in a little while, but first a bit of a teaser... 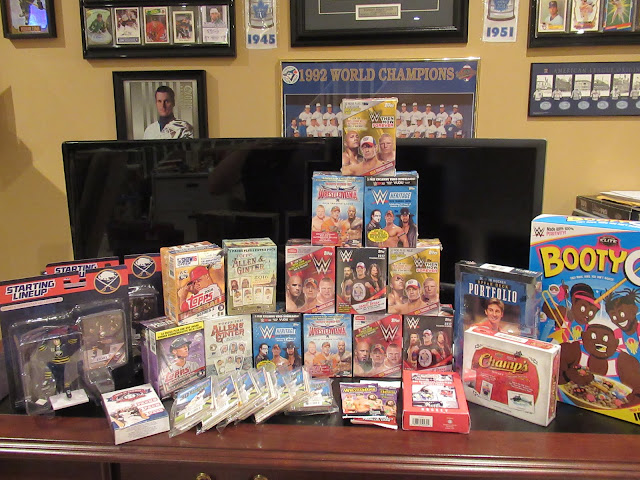 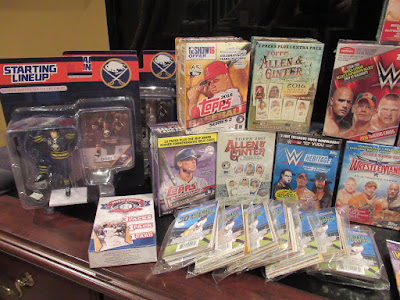 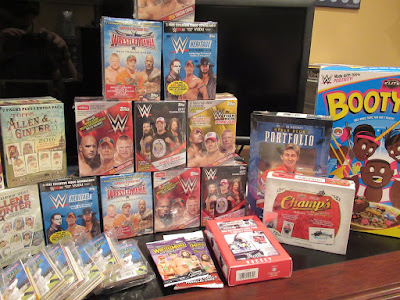 14 various blasters, two hockey boxes, a couple small multipacks, some Dollar Tree dollar packs, and a couple Eichel figures which were free because I spent over $200 US at Dave and Adam's. Truth be told, I probably spent about $240 US for all the above which translates to about $325 Canadian. I bought based on my likes and the discounts. Just for comparison:

I have no idea what I am going to open first and when, but this gives me a nice source of stuffs to dig into, and helps bolster my slow starting wrestling card collection.

One item for closer look since it doesn't scan too well, and is going right to display, some Booty O fun...

Hopefully you can read this one and the fun that is New Day. For $10US, easily a quick pick up at Ollie's and it now sits on the display shelves proudly because New...Day Rocks!

Side note - kids loved the time at Dave & Adam's because they have a few arcade games and give kids free tokens to play so mom or dad can spend more money. Also always free giveaways it seems for the kids, and there are also things there to look at like video games for older systems. A great time, and staff that truly cared.

As for cards today, just a quick pick up to share otherwise as we unpack...though there were a couple packages waiting from trades as well, but another time when I can get into those...

I like on Listia when, instead of single cards, there are nice groups of cards, you know, say 4-6 so that they would still fit in an envelope, so instead of selling and sending a single card, the seller can get rid of a few instead for the same cost of a single stamp.

Sometimes the seller will decide based on set, or based on team (or randomly by sport, but much less often). Today, showing one that was by team....and you can guess which team that could possibly be. 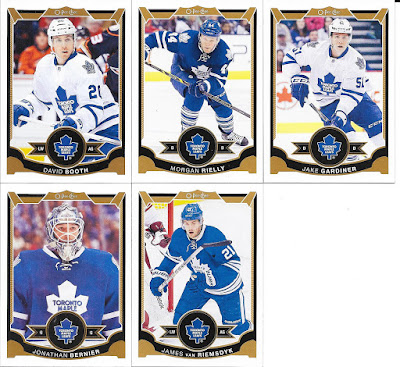 2015-16 O Pee Chee Leafs! I did have a couple of these previously, but needed three, so it was well worth the pick up for not a heck of a lot. The front are fairly basic, but that is standard O Pee Chee, and doesn't take away from the cards at all, and as typical, awesome card stock which is normal O Pee Chee fare. 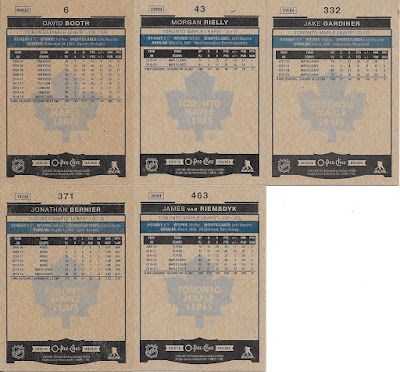 The best part of O Pee Chee hockey cards, the full stats on the back. My one complaint, which others share, is when the stats are lacking for a younger player, that a paragraph write up would be a great addition to fill up the space, rather than leaving it empty - Rielly being the best example above.

If you haven't checked out Listia yet, may be worthwhile at least to see if there is something there your collection could improve from, and you are interested in it. I still don't really like the new crypto currency being used and switch over from credits, and have reduced significantly how much I do on the site, but is still good for some decent pick ups.
Posted by CrazieJoe at 8:00 AM