Been long enough since the last one of these, so I figured this weekend is as good enough as any to break into one.

Having opened a few of these, there is some standard stuff we see - usually a couple older cards - pre-1985, a few inserts, a couple Blue Jays cards, and for me right now with how my junk wax era sets are filling in, about 50/50 on total cards being needed versus those that are duplicates. With that baseline in mind, let's have a look at what we have in the first half of the pack today. 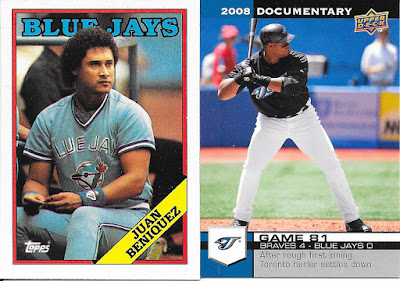 So averaging out, only expect one Jay for every 40 cards or so, so this keeps us ahead of the curve. The best part is the sweet 2008 Documentary card as I don't have many of those at all. I dislike the reuse of photos, but understand that it may be difficult to use a picture from each actual game. A unique set in context, and nice to have game 81 documents (at which point the Jays were a woeful 38-43 - not too far below .500, but last in the division. 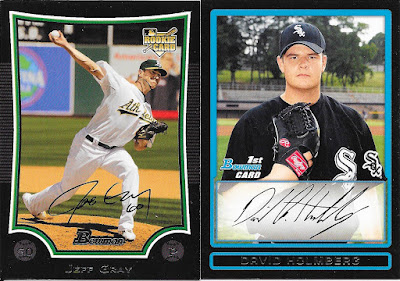 Hard to even consider these inserts as most Bowman products are so heavy on these things, but it is what it is. Two is about par for a half, so number is fine, but I'd take so many more things above Bowman prospects. 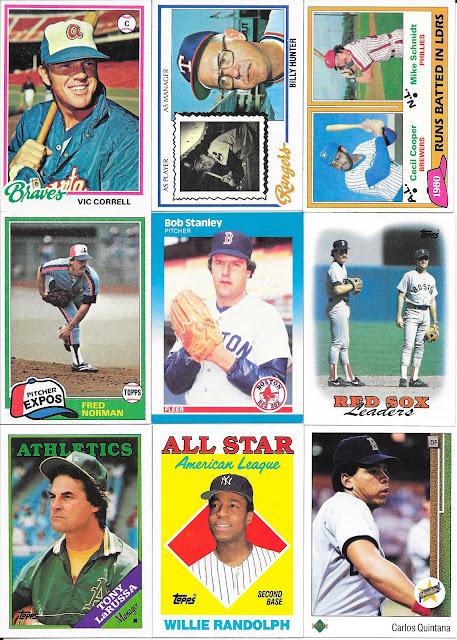 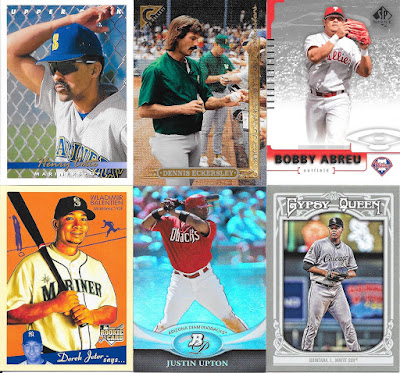 I'd say one or two cards from the pre-1985 year for a half pack is ahead of the curve, so getting four cards, including two from 1978 is way better than I would expect. The only down side - the Mike Schmidt card has two small noticeable nicks in the back of the card, still, can't complain. 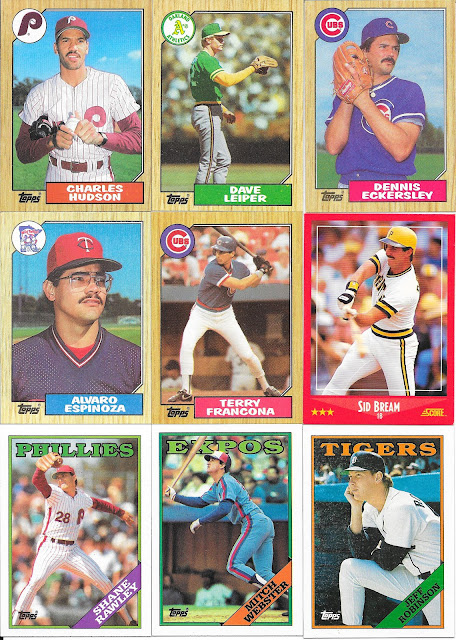 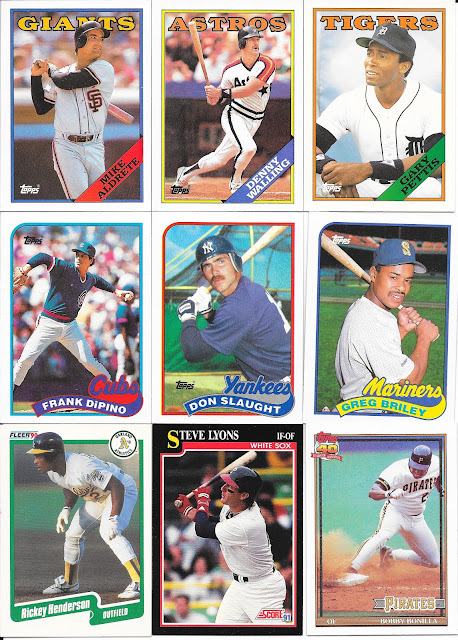 A bit high on the number of traders for my liking, but a bit of that is bad luck as a lot of 1988 Topps is still stuff I need, just not these ones. Even the Slaten (yeah, I guess I really had three inserts, but doesn't really count if I can;t keep it) is a dupe which is shocking for how few such Bowman cards I have.

Overall - the 2008 Documentary card wins this, but also good marks for the Eckersley Gallery card circa 1996, and if I were to pick a third best card of the bunch...the Billy Hunter for concept and layout of the front would be next.

Second half tomorrow!
Posted by CrazieJoe at 8:00 AM